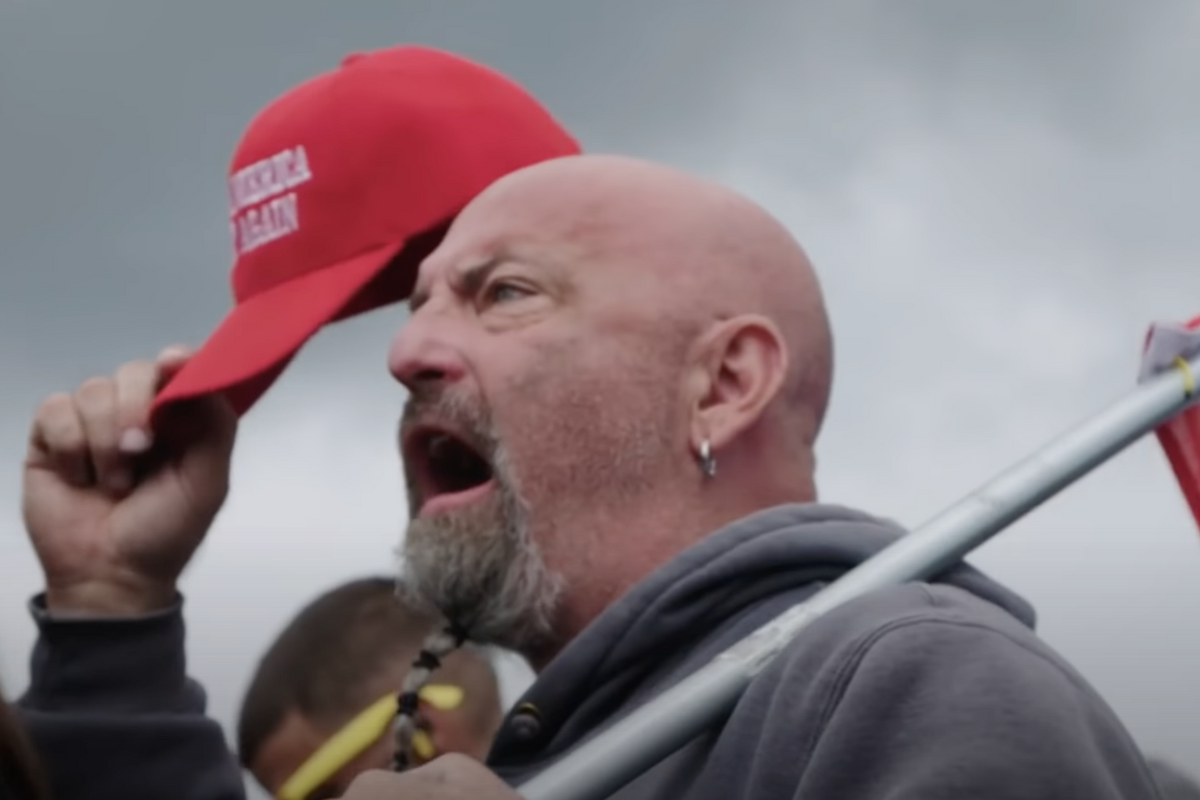 It's been a year since Donald Trump and his allies tried to overthrow our government. We all know what happened — you were there, I was there.

Well, you and I weren't there there, of course, because we're not traitors to democracy. But that day is permanently burned into all our psyches: From the Trump family dancing in that tent to "Gloria," to the inane speeches by the collection of grifters at the Ellipse, to the sickening feeling we all felt watching the red-hatted mob breach the barricades. It's like September 11 — we'll all remember forever where we were when.

"Landed safe," my son texted me from the airport at 3:39 that day when he landed on his way back to college.

"There's an attempted coup going on in DC," I responded, remembering lying in bed, hugely pregnant with him when NPR said that a plane had hit the first tower.

"Probably just a fluke accident," my husband assured me when I raced to tell him in 2001.

And like September 11, January 6 was horrible, but what came after was worse. Because for one, tiny moment we thought perhaps the spell would be broken. Maybe Republicans would stop this madness, stop the lies that were ripping us apart and had brought us to a place where the halls of Congress were taken over by men shouting to "Hang Mike Pence." There was a moment when it looked like Mitch McConnell and Kevin McCarthy might finally seize the opportunity to get their house in order for the good of America.

But then Republicans refused to back down, going forward with the plan to contest the swing state electors based on evidence which had been soundly and repeatedly debunked. Having brought the country to the brink of catastrophe, they couldn't let go of the Big Lie about a stolen election, and instead turned it into the central pillar of the Republican Party. Forget tax cuts, or defense, or even the culture war issue du jour. This is what they stand for going forward: the belief that a minority party is entitled to hold power, and if the voters reject them, then the voters are illegitimate.

And so they put all their chips on crazy and blew up the bipartisan effort to get to the bottom of what happened. Maybe it was Antifa, or BLM, or FBI agitators, they said. Or, shit, why not ALIENS?

But we all know what happened, because, again, we were there. Trump tried every way he could think of to hold onto power despite losing the electoral college by 104 votes and the popular vote by eight million. He sent his goons to disrupt the peaceful transfer of power, and because his own appointees were terrified that he'd try to deploy the Army against Congress, there was no one there to stop the mob. It was only thanks to the heroics of the badly outmanned Capitol Police that a massacre was prevented.

And yet! Each new day brings fresh new details to shock us: Mark Meadows with his Italian space laser; the attempted coup at the Justice Department; Trump's call to the Georgia secretary of state threatening criminal consequences if the state didn't "find 11,780 votes, which is one more than we have because we won the state"; the defenestration of Liz Cheney from the Republican Party for the crime of telling the damn truth; the apparent connivance of members of the GOP with the most harebrained, unconstitutional schemes to throw out the votes of 18 million Americans; and on and on.

We are all the way through the looking glass now, kids. Republicans are barely even pretending to follow the law as they give two big middle fingers to the House January 6 Select Committee, because once you've attempted a coup, obstructing Congress is pretty small beer. With the committee planning to hold public hearings in the coming months, look for GOP antics to kick up to 11. Trump has already scheduled a press conference for January 6 — God only knows what horror he plans to visit on us that day.

We keep marching, and we keep fighting, because we beat these sumbitches before, and we will beat them again.

What other choice do we have?