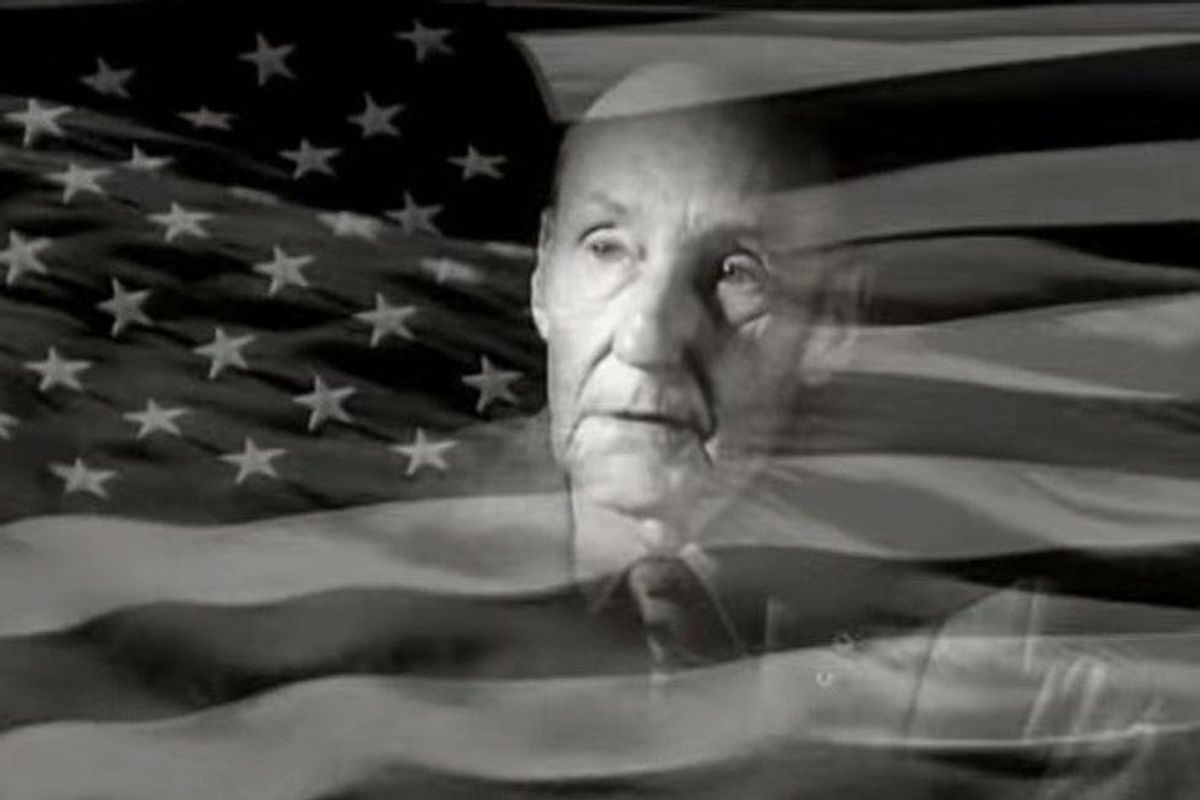 Yr Wonkette began posting this Thanksgiving Prayer by William S. Burroughs and Gus Van Sant back in 2006, and quite a few things have changed since then. The deadpan list of Bloody American Triumphs is more relevant than ever in this second Plague Year, and if Burroughs were with us today, he might look at his 1986 poem and wonder how he'd ever been such a starry-eyed optimist. Embrace the bleakness:

Last year at this time, we had elected a new president who offered the hope that the hell of the Trump years might be over, but the horror of the January 6, 2021, insurrectionists' attempt to throw more than 240 years of decidedly imperfect democracy into a burn pit had yet to come.

We still don't know whether we've entered a new degraded era where all politics will be terrible forever, or a temporary season of madness from which we'll emerge blinking in confusion, swathed in bandages and wondering why Canada keeps asking us if we remember anything, especially where we stashed Toronto. There's no shortage at all of decent church-going people with their mean, pinched, bitter, evil faces who seem ready to keep supporting outright fascism, and they've gotten bolder in the last year, screaming at and threatening our school boards and elections officials.

The pandemic continues, although the vaccines have helped us reach a point where it's possible to at least hope we'll make it through the winter without another nationwide spike in cases among the unvaccinated. We'll find out in a few weeks whether literally rationing care will again be necessary at hospitals.

Burroughs's line about "laboratory AIDS" seems almost quaint, as conspiracy theories go (and a reminder that you probably shouldn't get your epidemiology from a Beat poet, either). We can't rule out the possibility that William Burroughs might have turned out to be a COVID crank or an antivaxxer, just for the cussedness of it. Or maybe he'd look at the pandemic and be even more convinced than ever that we're a nation of idiots, suckers at the carnival happy to believe in magic pills as long as they're not recommended by the government. Hell, maybe he'd choose some from column Horse Paste, some from column Hollow Mordant Laughter.

Burroughs might well look at 2021 and have a good rueful laugh. He told us so. We had An American Dream, and here we are, still on the verge of pissing it away because the loudmouthed crazy uncles on TV say we need a democracy for Whites Only, because the white children will feel sad if they know too much about how the Black children have been treated. We finally have a fighting chance to keep the planet habitable, but the most aggressive measures to get there were blocked because one senator really likes coal and fossil fuel profits.

Burroughs might especially appreciate the horrifying irony that so many Americans keep dying because they refuse to have a needle put even briefly into their arm.

But for those of us who've had the jab, it's again safe to gather together, to seek the Lord's blessing or just the company of friends. The coats can once more be piled on the bed in the guest room, and we can again pass the roasted dinosaur descendant and laugh at the same old jokes. We'll catch up on who's behaving scandalously, and we'll hold each other tight and sob as much as we need to when we remember those who are no longer at the table. We'll share cat pictures, and yes dog pictures, too. And every year from here on in, more and more of us will drive home in cars that hum, and don't add CO2 to the atmosphere.

If you're doing the holiday alone this year, that too has its pleasures, like streaming MST3K's Turkey Day marathon. My gosh, I watched the very first one, way back in 1991.

For all the petty small-minded terribleness and evil out there, we still have the option of laughter, because it sure as hell beats giving in to the bastards.

A happy and safe Thanksgiving to all Wonkers everywhere, and remember to Buy (almost) Nothing tomorrow.

Yr Wonkette is funded entirely by reader donations. We're thankful for YOU. If you can, please consider a $5 or $10 monthly donation, and we'll be so thankful it'll make your head spin.