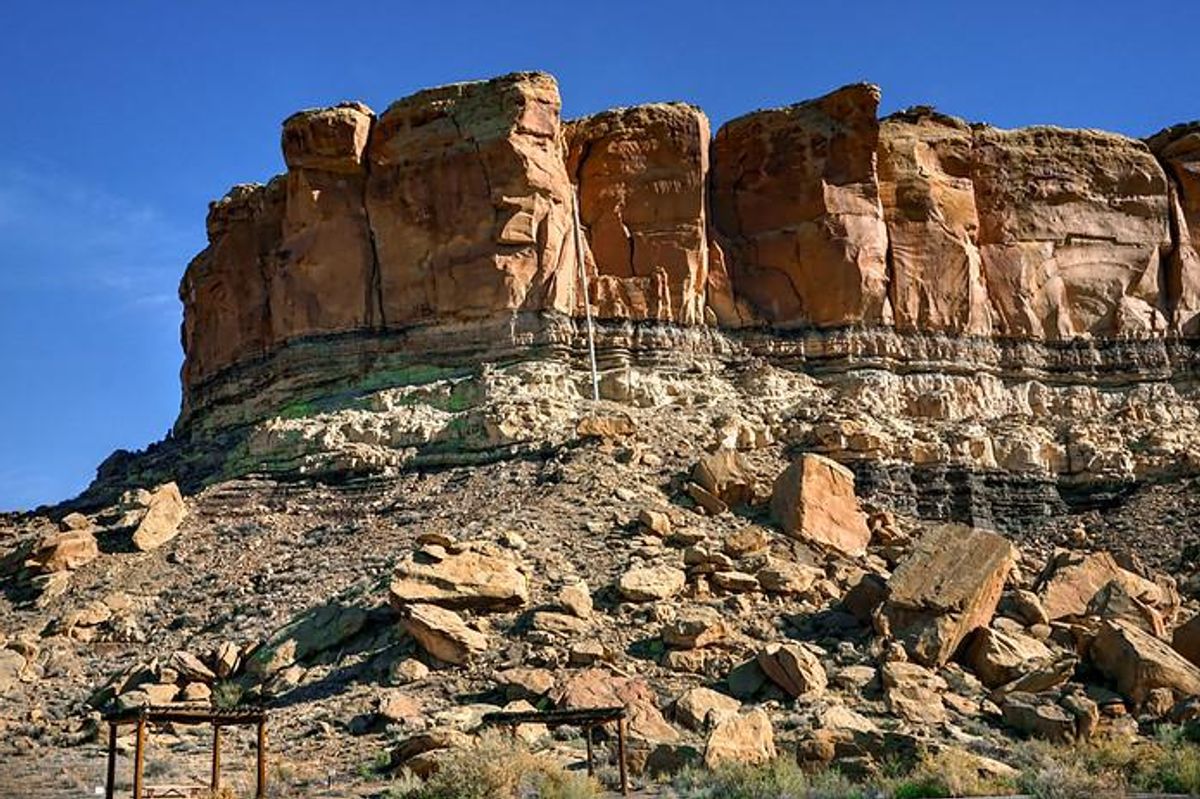 We have a planet nice times twofer for you today, with good climate news from two separate continents. Both stories involve the Biden administration doing some very right things, too. Monday, President Joe Biden announced he'll block any new oil or gas leases in a 10-mile radius around New Mexico's Chaco Canyon, one of America's most important Native American cultural and historical sites. Also, shortly before the big climate summit in Glasgow, the administration finalized a deal with the European Union on clean steel and aluminum production that could become a model for future agreements that improve both trade and the environment, yes really.

We hope you can handle a double dose of good news, kids. 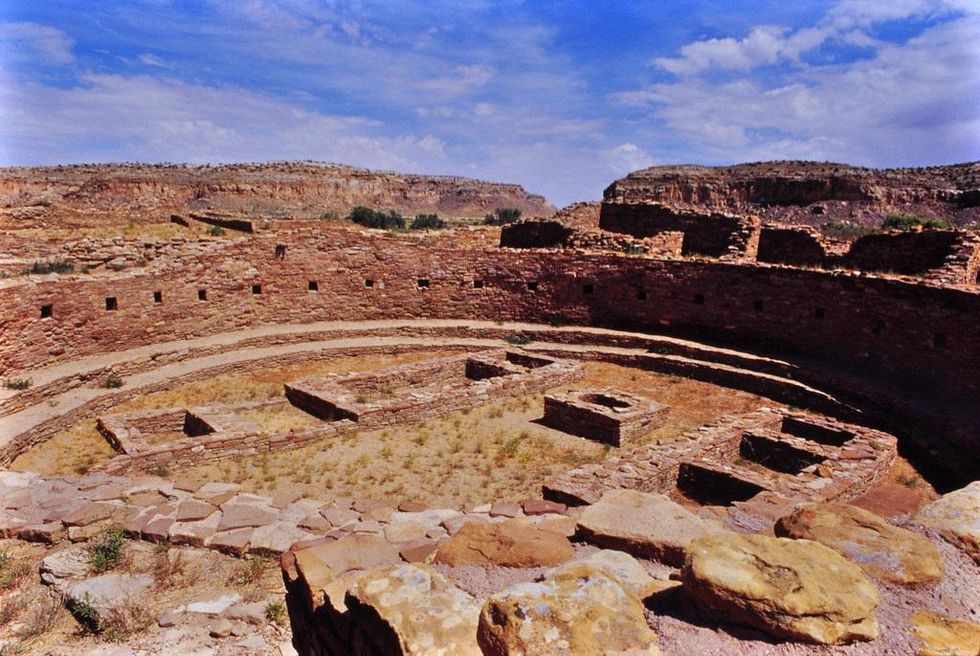 Biden announced the executive order on Chaco Canyon Monday at a White House summit of tribal nations, and credited tribal people for their long history of environmental activism:

"No group of Americans has created and cared more about preserving what we inherited than the tribal nations," he said on Monday. "We have to continue to stand up for the dignity of sovereignty of tribal nations."

In addition to the order on Chaco Canyon, the New York Times reports Biden met with tribal leaders to sign

The Times pointed out the positive steps came in the context of continued Native American protests over other environmental issues, like the administration's decision not to reverse the Trump administration's final approval of the "Line 3" pipeline project. That pipeline began carrying carrying filthy Alberta tar sands oil through a section of Minnesota despite years of opposition from tribes, who say it would exacerbate climate change, violate treaty obligations, and risk spills in sensitive waters. (See also this excellent article in The Nation on Line 3 and larger issues of tribal sovereignty.)

The decision on Chaco Canyon, by contrast, is a definite win for Native activists who had lobbied for decades to protect the site, formally known as Chaco Culture National Historical Park. It's a hell of a place with a great many pre-Columbian ruins that are considered sacred to Pueblo tribes. Here, have some Times history summary:

Between the ninth and 13th centuries, the area was home to a large, complex society of Pueblo culture, with multiple settlements of multistory houses and sacred sites. But for the past decade, Pueblo and other Native groups have expressed concerns that oil and gas development was encroaching on the borders of the park.

Permanently protecting the area from fossil fuels development is a huge heckin' deal for Interior Secretary Deb Haaland, a member of Laguna Pueblo near Albuquerque.

"Chaco Canyon is a sacred place that holds deep meaning for the Indigenous peoples whose ancestors lived, worked and thrived in that high desert community," Ms. Haaland said. "Now is the time to consider more enduring protections for the living landscape that is Chaco, so that we can pass on this rich cultural legacy to future generations. I value and appreciate the many tribal leaders, elected officials and stakeholders who have persisted in their work to conserve this special area."

Not surprisingly, the move is opposed by Republicans and by the gas and oil business, which can never dig enough wells to be happy, and also fuck them. Biden's protection of Chaco Canyon follows his first-week executive order restoring the full borders of two national monuments in New Mexico that Donald Trump had tried to shrink so they could be exploited by drilling and mining interests. 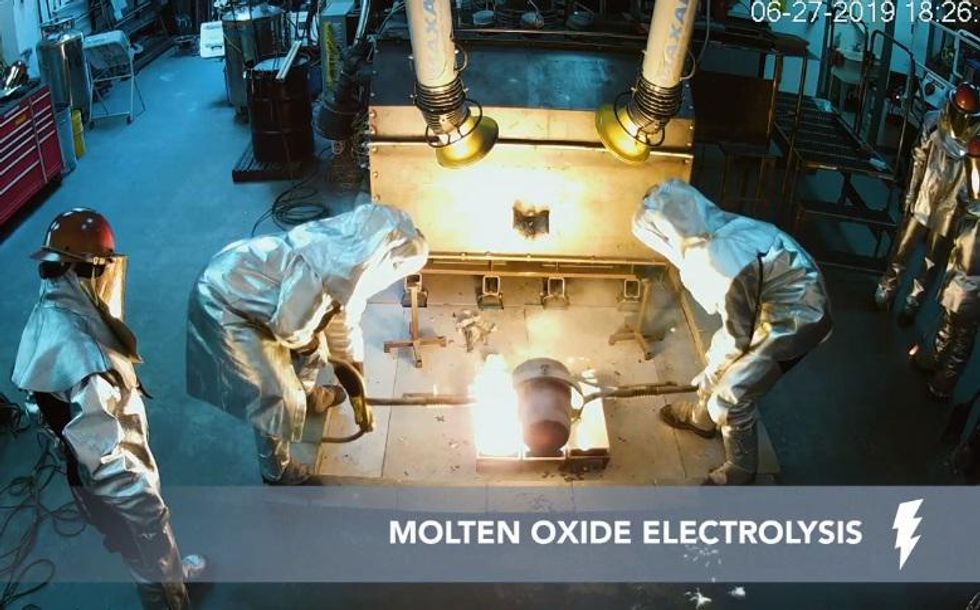 From Robert Kuttner at the American Prospect we have this neato story about a deal between the US and the European Union that actually took place before the big climate summit in Glasgow. It basically pairs industrial policy and climate policy to push for cleaner production of steel and aluminum, both of which produce a fair amount of CO2 when using traditional technology. In essence it'll allow EU companies to avoid import duties on steel and aluminum made using modern, low-emissions methods, while imposing tariffs on dirtier steel made in other countries, China we are looking at you.

Kuttner says this is a win-win-win-win deal for the US and the EU, because it ends the dumb tariffs Trump imposed on European steel and aluminum, on terms that both sides will benefit from. The new agreement

rewards domestic industry to the extent that industry cleans up its act. It also puts Biden squarely on the side of saving union jobs and bringing more jobs back to America. It is an industrial policy also aimed squarely at China, far and away the dirtiest steel producer.

So what the heck is green steel, and how is it different from dirty steel, to say nothing of Blue Steel? Here's one way of producing steel more affordably and with zero carbon emissions, as long as you're running your steel plant on renewably generated electricity. Which you gotta.

Plus, with all that electrolysis, it's got what plants crave.

Here's how the agreement will work, per Kuttner:

Under the Green Steel Deal, the European Union may export up to 3.3 million metric tons of steel annually into the United States duty-free. Shipments above that would have to pay the 25 percent tariff. Aluminum, which had been subjected to a similar tariff, now gets similar treatment.

The agreement places tariffs on products that are finished in Europe but use raw steel imported to Europe from China, Russia, or other countries. To qualify for the duty-free treatment, the steel must be made from start to finish in the European Union.

Kuttner notes that the Green Steel Deal agreement also has the potential to serve as a template for other agreements down the line, to encourage US-EU "collaboration to decarbonize production technologies in other famously dirty industries, such as chemicals, cement, paper, and aluminum."

Also too, the agreement comes at a good time for Biden and for union labor, given that it's a win for both US companies that have largely transitioned away from the old dirty ways of making steel, and for labor, since it'll promote exactly the kinds of steel jobs the industry has moved toward. It also may serve as an incentive to get other steel producers to clean up their production methods to better compete in the US and European markets, and not incidentally, to meet climate goals.

This is just part of how we'll tackle the challenge of the climate emergency: hundreds of small steps, along with big goals like rebuilding the grid, pushing clean electricity generation, and putting itching powder in Joe Manchin's shorts.

Yr Wonkette is funded entirely by reader donations. If you can, please help keep the nice times coming with a monthly $5 or $10 donation.