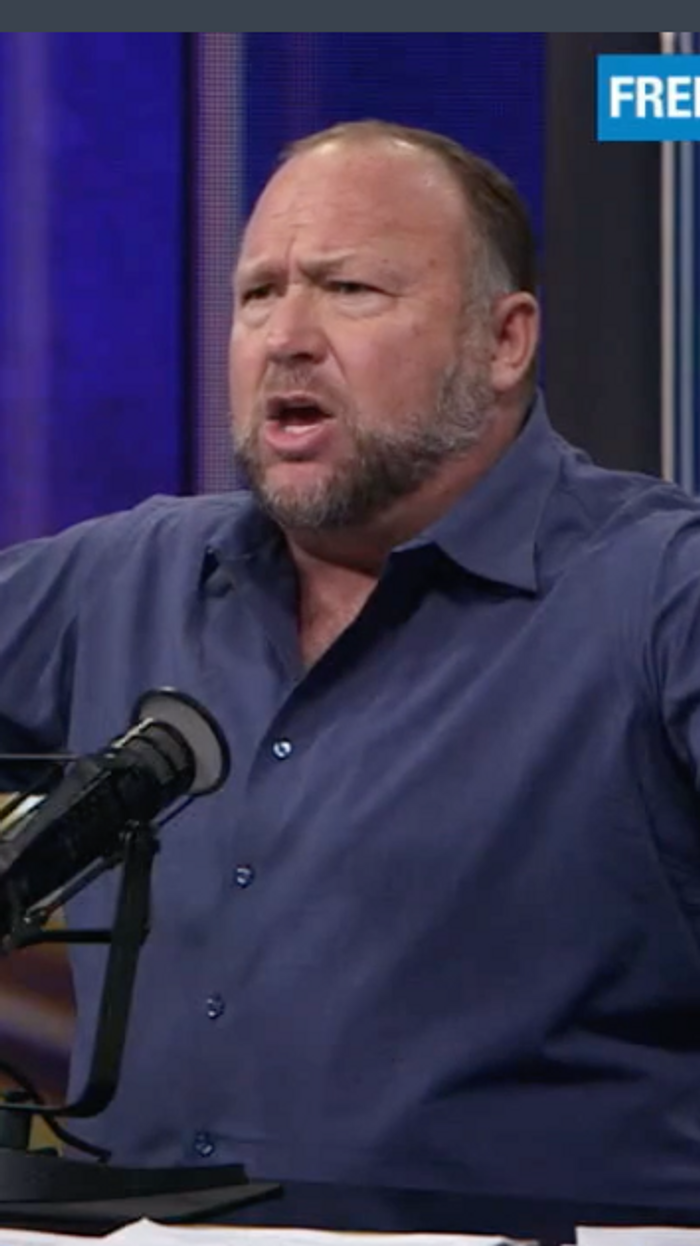 GREENE: There is no amount of taxes and government policies that will stop tornadoes. The climate just changes. It’s been changing since the beginning of time.

People had died, but she didn't express sympathy for the victims because that would require a human soul. She’s just immediately defensive in her climate denial position, as if she fears an executive order banning plastic straws.

Greene is correct that climate has altered throughout Earth’s existence, but those changes resulted in more than a few mass extinction events. Although Greene personally doesn’t make a compelling argument for humanity’s continued dominance, generally speaking, we should try to avoid contributing to or accelerating climate changes that will kill us all.

FEMA Administrator Deanne Criswell, an actual serious person, told CNN’s “State of the Union” that the severity of Kentucky’s tornadoes, as well as the time spent on the ground, is "unprecedented.” She warned that the catastrophic weather events could become the “new normal.” Republicans can’t cope with wearing masks as part of a new normal but seem shockingly sanguine with more deadly tornadoes.

Republicans argue that there’s nothing any mere mortal could do to prevent climate change. How could a tax increase or even composting food waste prevent hurricanes? This brings us to Alex Jones, who amazingly still has a platform. The death toll in Kentucky is still rising, but it’s not too early for his deranged conspiracy theories. Jones suggested Sunday that President Joe Biden unleashed the tornadoes. Joe Biden is not the Old Testament God. He doesn’t even have a Weather Dominator like Cobra from "G.I. Joe.”

Jones claimed that a few years ago former CIA Director John Brennan had admitted the US government could control the weather, and said so publicly, and not after too many eggnogs at a Christmas party. In reality, Brennan said that there were a lack of “global norms and standards” for combating climate change through geoengineering. That’s very different from announcing you have a Weather Dominator, which for the record, the US government does not have.

JONES: So, they just think you’re stupid and they don’t want you knowing they are doing all of this, and they’ve got carbon systems they are putting in, that big, huge geoengineering systems, terraforming systems that are sucking carbon dioxide out of the air when it’s a trace gas that we need, and was hundreds of times higher millions of years ago than it is now.

That’s why plants and animals were so much bigger and healthier. But we’ve adapted to live in less air. This is insane, ladies and gentlemen.

Yes, what Jones said is insane. Wiping the drool from his chin, he claimed Biden shut off Texas’s power in February, because how can anything ever be the straightforward result of Republican incompetence? More than 100 people died during those outages, so Jones is accusing Biden of mass murder. He must have an addiction to defamation suits.

JONES: So the question is did they use weather weapons to cause the tornadoes? That’s a legitimate question to ask.

No, it’s not a legitimate question. It’s fucking insane.

If you want to be generous, you could consider it progress at least that Jones is willing to concede humans can influence the weather, but he's taken it in an unhinged James Bond villain direction. It’s never easy with these assholes.