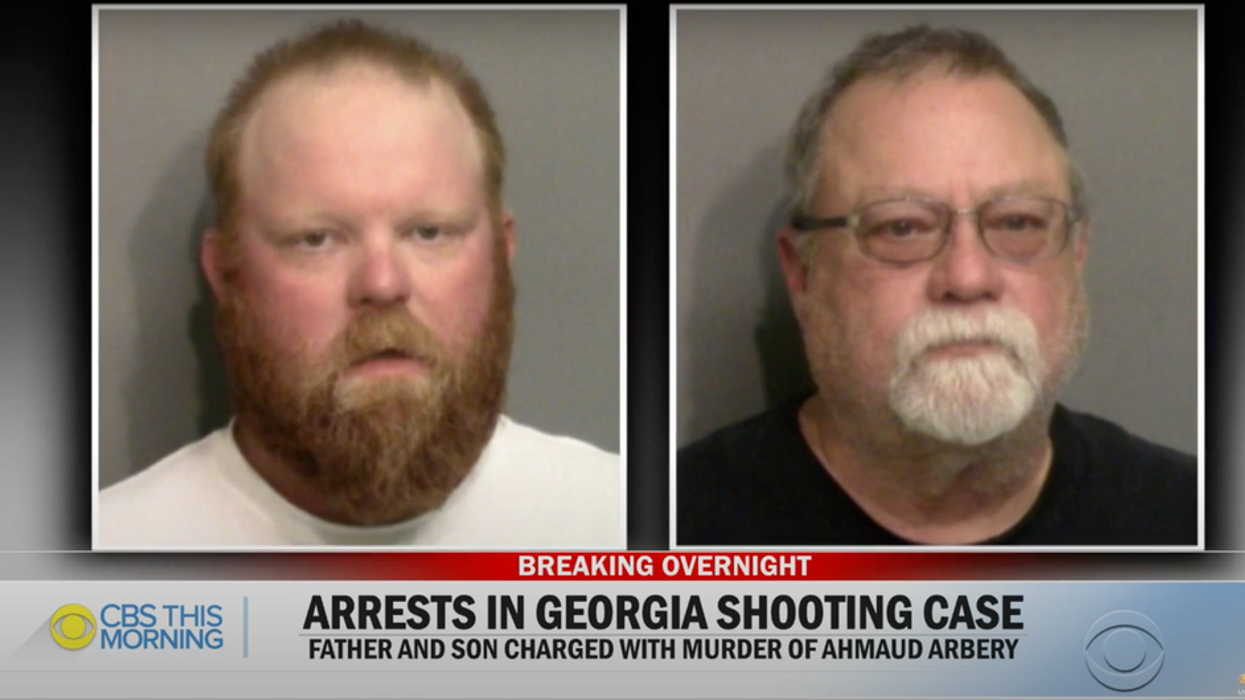 Pour one out for Ahmaud Arbery's killers, whose defense took a major hit Friday when the judge amended the jury instructions in a way that makes their "citizen's arrest" claim much harder to prove.

"We have built this whole case around the probable cause and you are gutting all of it if you give this particular charge," whined Bob Rubin, the attorney for Travis McMichael. Because how can a white man even get a fair trial if the laws are applied to him as written? How is that even legal?

The issue is Georgia's citizens arrest law and whether it provides a defense for the men who killed Arbery last year.

After Travis McMichael, his father Gregory, and William "Roddie" Bryan were finally arrested for chasing jogger Ahmaud Arbery down, hitting him with their car, and then shooting him to death, the state changed the law. But at the time of the killing, it read:

Arbery had committed no crime in the defendants' presence, and merely walking into a construction site won't cut it because it's not a felony. They'd argued they had "probable grounds of suspicion" to believe Arbery committed burglaries days or weeks before they killed him, which would have justified detaining him. But that's not immediate enough to satisfy the language of the statute, and simply jogging while Black, or even fleeing a bunch of crazed white men pointing a gun at you and ordering you to stop, can't be predicate for "probable grounds of suspicion."

"A private citizen's warrantless arrest must occur immediately after the perpetration of the offense, or, in the case of a felony during the escape. If the observer fails to make an arrest immediately after the commission of the offense, or, during escape in the case of felony, his power to do so is extinguished," Judge Timothy Walmsley said, laying out the instructions he intends to give to the jury.

Rubin stands after judge reads charge he plans:\n"Judge, if you charge the jury the way you're contemplating you're directing a verdict for the state..."\n\nWe've built this whole case around prob cause--\nJudge plans this charge but will let D bring cases over wkend.\n #AhmaudArberypic.twitter.com/IludOKo4UF
— Serene \ud83e\udd89 (@Serene \ud83e\udd89) 1637350938

"Judge, if you charge the jury the way you're contemplating you are directing a verdict for the state. And you are rendering the second sentence in which it describes reasonable and probable grounds of suspicion meaningless. It's in there presumably for a purpose. It's a different burden than immediate knowledge or presence," Rubin complained. "And so I would urge the court to reconsider and eliminate this. Let the state argue what they're going to argue, we have built this whole case around the probable cause."

The court did not, in fact, reconsider. Nor did it grant any of the the eleventy-seven motions for a mistrial requested by Bryan's attorney Kevin Gough, on account of all the "intimidating" Black pastors comforting Arbery's grieving mother. No, not even when Gough commented that his client — his client! the guy who filmed a Black man being hunted down and shot! — was getting lynched.

"This is what a public lynching looks like in the 21st century" he said Friday.

And it sounds like today's closing arguments are going just great:

A prosecutor scoffs at Travis McMichael's testimony that shooting Ahmaud Arbery to death was the "most traumatic" day of his life.\n\n"I don't dispute that it was likely the most traumatic experience of his life. How did Mr. Arbery's day go for him?"
— Adam Klasfeld (@Adam Klasfeld) 1637593647