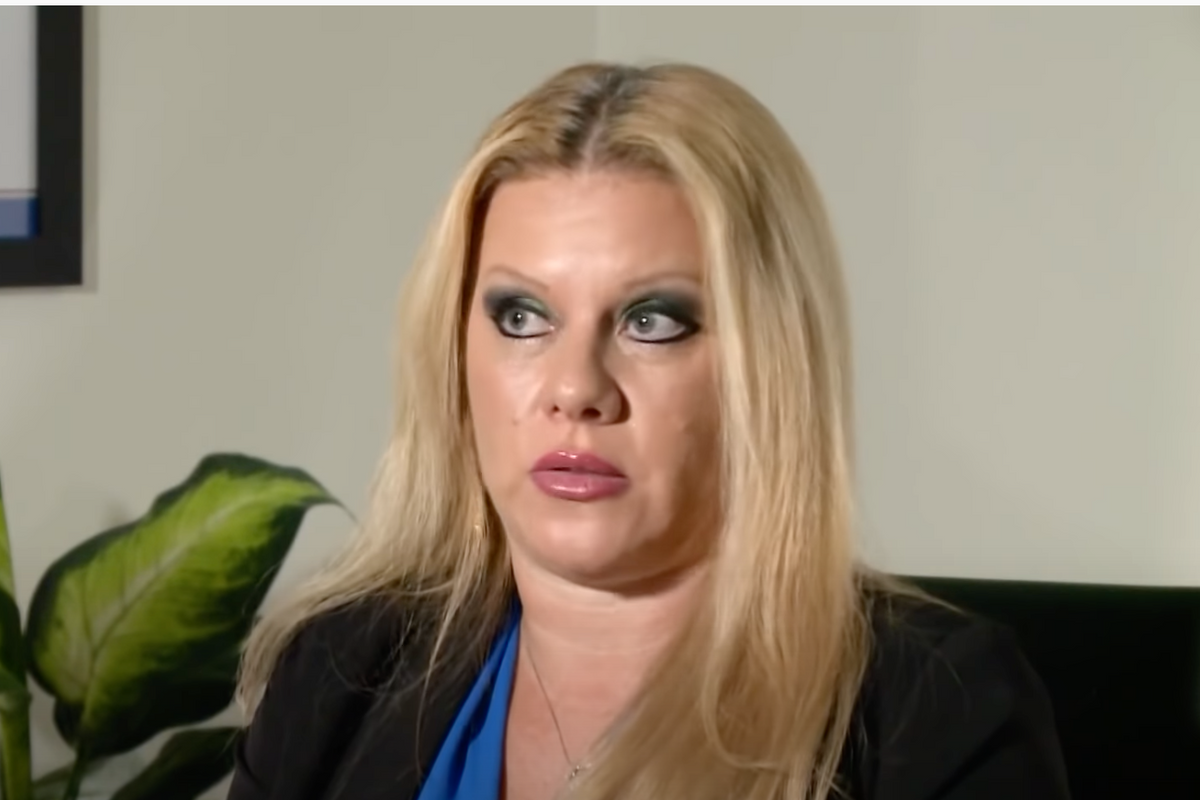 Roxanne Mathai was one of way too many police officers who were on the wrong side of the coup on January 6. The former lieutenant with the Bexar County Sheriff’s Office in San Antonio, Texas, posted Facebook photos of herself at the Capitol, wearing a red, white and blue mask and a Donald Trump flag. Mathai looked like some fascist supervillain. She stated that she was heading to the Capitol after hearing Trump’s insurrection-inciting speech.

Mathai appeared to have recorded herself walking up the Capitol steps and boasting: "We’re going in. Tear gas and all. Tear gas don’t bother me.” Her professional experience should’ve informed her that tear gas is a common method of informing people they aren’t welcome someplace.

She also posted a photo of the insurrectionists after they’d broken through a police line and occupied the Capitol balcony. However, she was a cop not a photojournalist, so she should've done more than just watch people commit crimes. It’s not as if they were killing a Black man in front of her.

“......And we are going in ...... in the crowd at the stairs...not inside the capitol like the others. Not catching a case lol,” wrote Mathai next to a selfie and several photos of rioters scaling scaffolding in front of the Capitol.

“Not gonna lie ..... aside from my kids, this was, indeed, the best day of my life. And it’s not over yet,” wrote Mathai alongside another series of photos.

Yes, Mathai had the time of her life. She’d never felt this way before, and she owed it all to Trump.

Not surprisingly — well, maybe a little — she was fired in June after Sheriff Javier Salazar forwarded her Facebook photos to the FBI and Washington DC police. He’d discovered the photos because the web has a world wide reach. Mathai cried "political bias” and tried to get her job back. Complicating matters was the fact that she was already on leave pending a probe into whether she’d had an inappropriate relationship with an inmate. In Trump’s America, cops could probably bone as many inmates they wanted.

Mathai appealed her termination to an arbitrator and claimed she was only present at the Capitol for a “historic event,” but the only thing really historic about the day was the insurrection. Otherwise, it was just early January in DC, which is usually cold and miserable. She also insisted that she was shocked, shocked to learn that there was violence at this riot. Dozens of police officers were injured not far from her, and cops usually feel pain for their brethren if someone says “Black Lives Matter” on the other side of the country.

Sheriff Salazar, who’d pledged to remove her from the force, called bullshit:

“I just thought it was the most ridiculous thing I’d ever heard," Salazar told KSAT of Mathai's defense during a Monday interview. "It’s not like you’re standing there for the signing of the Declaration of Independence. That’s a historic event. You’re there when fellow Americans lost their lives. That’s nothing to be proud of.”

The independent arbitrator seemingly agreed and upheld her termination. Mathai is another casualty of the Trump coup economy. Good riddance.