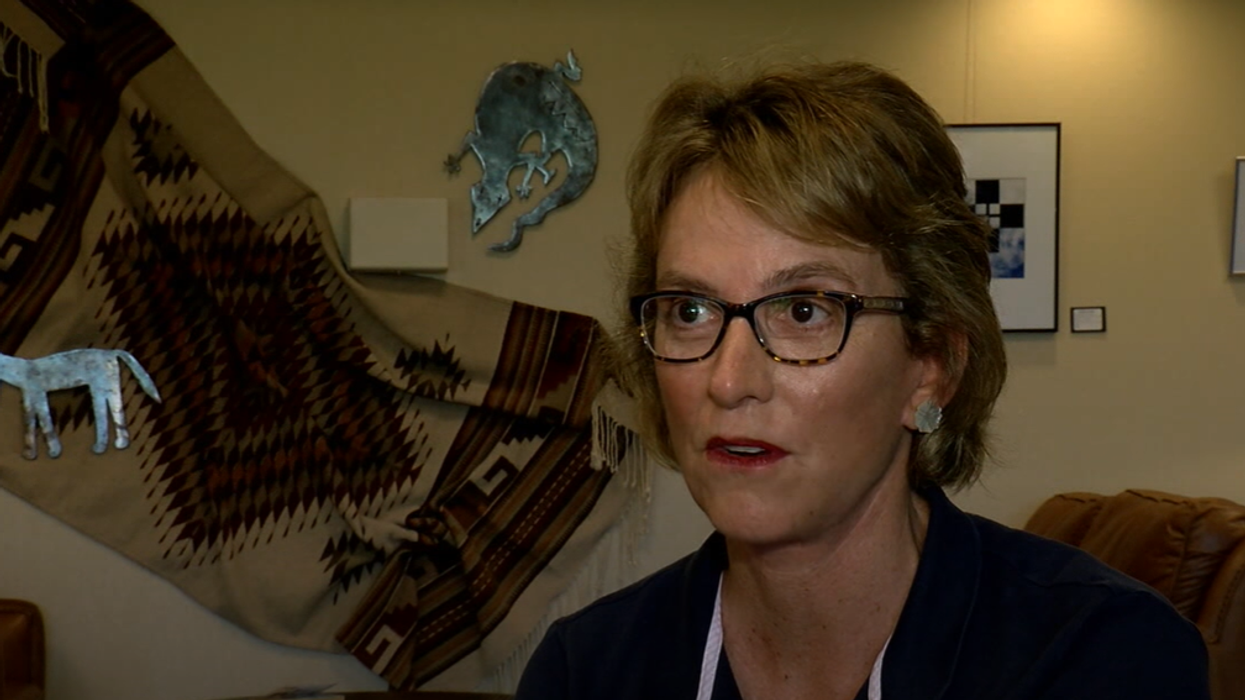 Wendy Rogers, the QAnon-loving GOP state senator from Arizona, was born in 1954, but apparently has a mad crush on confederate general and second place war finisher Robert E. Lee. She tweeted on November 2 that Virginians should go elect some lousy Republicans and “make General Lee proud.” Robert E. Lee is dead and incapable of feeling pride in hell.

And on Christmas Day, Rogers tweeted a photo of Lee wearing a photoshopped Santa hat, as well as this unhinged message that reminded her followers of the racist reason for the season.

I stand with Jesus, Robert E Lee, and the Cleveland Indians - all being canceled by the satanic communists. But they can never cancel Jesus - he will have the last word. He is the Word.
— Wendy Rogers (@Wendy Rogers) 1640471596

I stand with Jesus, Robert E Lee, and the Cleveland Indians — all being canceled by the satanic communists. But they can never cancel Jesus — he will have the last word. He is the Word.

Technically, Jesus was canceled. Then he returned briefly before ascending to the heavens, sort of like “Will & Grace.” That’s the whole point of Easter.

They should cancel (with no Matrix-style resurrection) Robert E. Lee because he was a traitor who failed at treason. It’s unclear why a state representative from Arizona is standing with the baseball team currently known as the Cleveland Guardians. They weren’t canceled. They just have a less racist name.

It seems unfair, though, that Rogers forces Jesus to share his birthday with Lee and a racist team mascot. She’s turning Christmas into a catch-all holiday like Presidents Day.

Bill Kristol of all people responded with appropriate mockery to Rogers’s tweet. He wrote, “I stand with John McClane. But they can never cancel John McClane. He will have the last word. “Yippee Ki Yae, _________.” Yes, even Bill Kristol knows that Die Hard is a Christmas movie.

This morning, Rogers replied, “Bill, why don’t you stand with Jesus?” Bill Kristol is Jewish, but Rogers can’t be bothered to look that up or care that other religions exist. She’s a white Christian supremacist. If you need further proof, there’s her tweet from Sunday dismissing Kwanzaa. She apparently takes a Highlander approach to December holidays: There can be only one, and that’s Christmas, you commie satanist.

The bigot said, "Nobody cares about Kwanza. One more reason #RonnaMustGo. #Cringe”

I’m pretty sure that a not insignificant number of Black people care about Kwanzaa. (You can spell it with one “a” if you’d like.) The holiday has a complicated history, but it’s not the woke liberal hoax Republicans insist it is.

Ronna (Romney) McDaniel is terrible, but she’s at least pretending the GOP is inclusive. Sure, it’s a sham, but Rogers is so racist she can’t even smile and nod during the performance.

That’s enough about the crazy racist lady. Let’s hope she runs for Senate in 2024 so I’ll have a reason to support Kyrsten Sinema again.