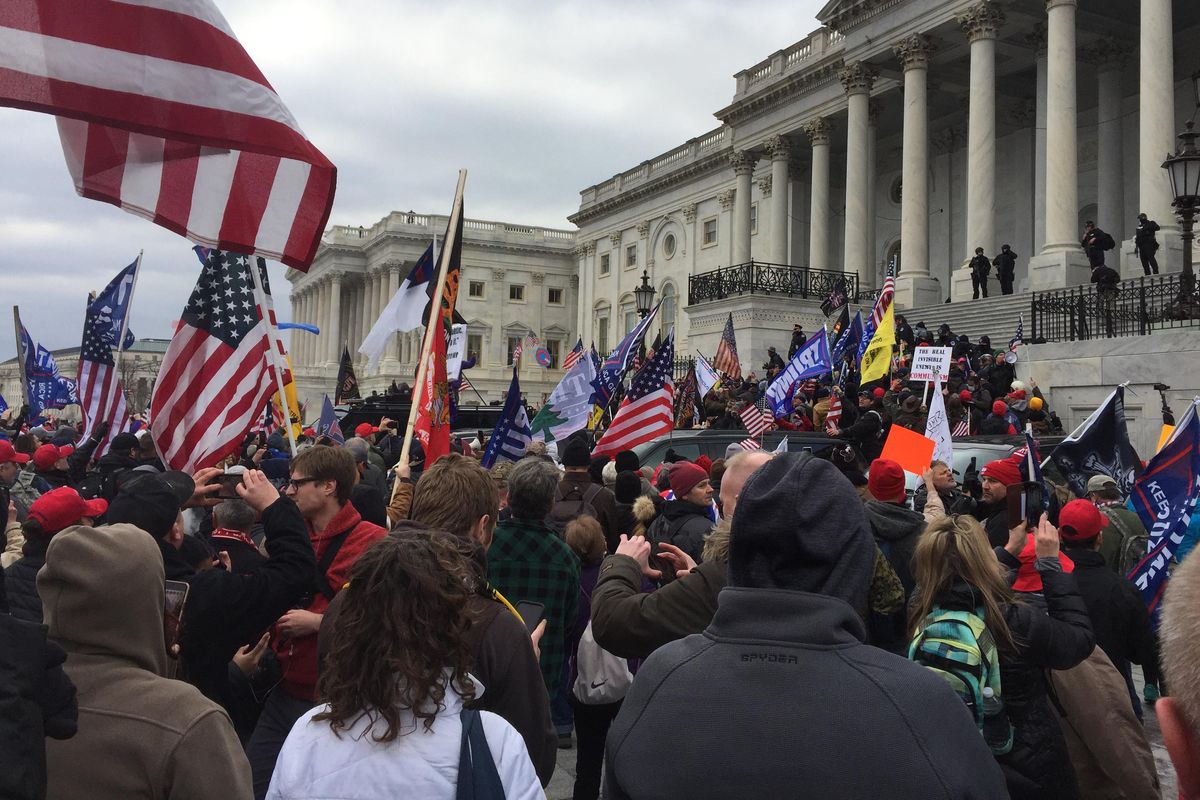 Another day, another round of subpoenas from the House January 6 Select Committee. How you livin', Kayleigh?

This latest batch of love notes went out yesterday to nine former White House staffers and one former Justice Department lawyer. The list includes some familiar names, such as former Press Secretary Kayleigh McEnany, whom the Committee invites to come in and explain how she came to flog so many lies about election fraud from the White House podium.

Similarly, the Committee is hoping to chitchat with Stephen Miller about his "efforts to spread false information about alleged voter fraud in the November 2020 election, as well as efforts to encourage state legislatures to alter the outcome of the November 2020 election by, among other things, appointing alternate slates of electors to send competing electoral votes to the United States Congress."

Miller appears to be announcing his intention not to comply with the subpoena, even before his former boss makes a sham invocation of executive privilege.

Ingraham: You\u2019re not going to be showing up to testify to this so called select committee\nStephen Miller: Of course. I don\u2019t even have the documentspic.twitter.com/eetMmKeN4x

"Hot Johnny" McEntee was already having a shit day thanks to Jonathan Karl's book excerpt in The Atlantic reminding America what a little fascist dipshit he was. And then he got subpoenaed by Congress to talk about all the coup plotting he witnessed, since Donald Trump clung to him like a ratty old security blanket. Maybe they'll ask McEntee about that amazing legal memo he texted to Vice President Mike Pence's chief of staff splaining that "Senate tellers told [Thomas] Jefferson in a loud voice that there was a problem with the Georgia ballots. [But] Rather than investigating, Jefferson ignored the problems and announced himself the winner. This proves that the VP has, at a minimum, a substantial discretion to address issues with the electoral process."

The rest of the White House subpoenas went to a mix of lower level staffers and supposed "adults in the room."

Trump's body man Nicholas Luna was purportedly witness to a phone call where the former president tried to pressure Pence to reject swing state electors; Molly Michael, a senior administrative assistant for the famously tech-stupid former president, managed email traffic, routing various documents relating to false claims of election fraud among the various players; and Cassidy Hutchinson and Benjamin Williamson worked for Chief of Staff Mark Meadows, giving them a front row seat to whatever ratfucking activities he got up to. Will all these people fall in line when Trump demands that they risk jail by defying congressional subpoena? The Select Committee is probably betting that they're not.

The one wild card is attorney Kenneth Klukowski, who the Committee says assisted Jeffrey Clark in attempting to get the Justice Department to announce an investigation into non-existent fraud in Georgia, giving the state legislature a pretext to toss out the electoral votes for Biden and award them to Trump instead. Klukowski is also alleged to have participated in Clark's effort to get himself put in charge of the DOJ by sticking a shiv in acting AG Jeffrey Rosen. The question now is whether Klukowski is looking to wind up on the front page like Clark, starring in a protracted but ultimately doomed effort to assert executive privilege.

By any measure, this is a veritable firehose of subpoenas. The Committee seems to understand that they're not going to get testimony from all these people, and they don't have three years to chase each of these witnesses they way Democrats did with Don McGahn. But if they get cooperation from some number of these people, they'll probably get enough to issue a fairly comprehensive report of what went down on January 6.

So which of these sumbitches is going to spill the beans like John Dean? Guess we'll find out soon.