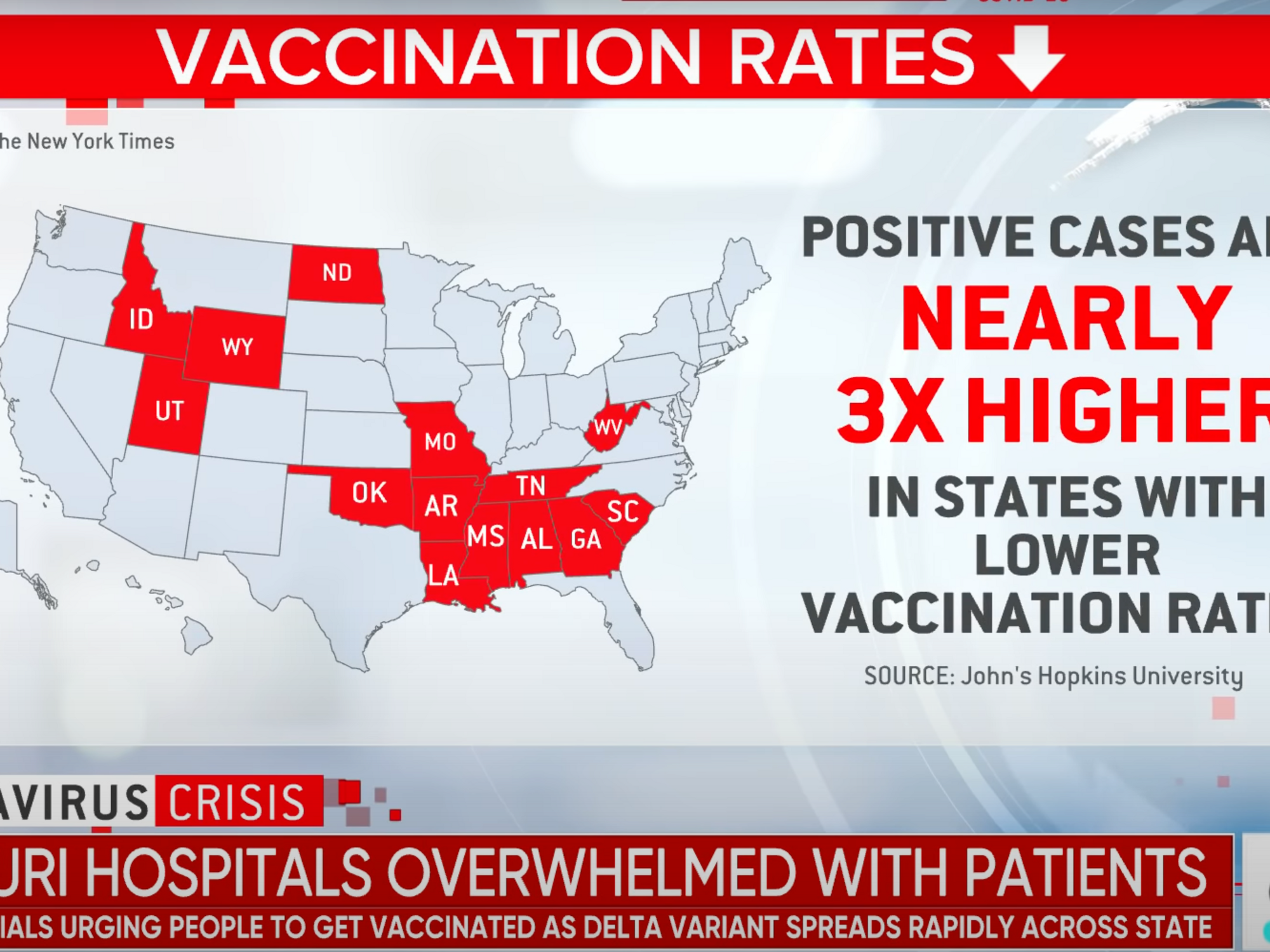 Whose fault is it that Trump supporters won’t get vaccinated against COVID-19 and are disproportionately dying as a result? Well, liberals, obviously. Duh.

Shadi Hamid, a contributor to the Atlantic and senior fellow at the Brookings Institution, tweeted Sunday about learning during Christmas dinner that a family friend was an anti-vaxxer. He said, "I try to be respectful of deep difference but I've never quite been able to get my head around anti-vaxx logic.” That’s because there is no logic behind this position, but there I go with my smug liberalism again.

Hamid argued that being pro-vaxx "should have been a conservative, even libertarian position, because once (nearly) everyone got vaxxed, Americans could say: we're done. No more restrictions, no more government intrusion, no more school closures. Nothing.” That makes a lot of sense if you haven’t observed actual conservatism and libertarianism in the wild. Sure, "West Wing" conservatives and quirky libertarians would’ve promoted vaccination as a pathway to normalcy. But outside an Aaron Sorkin script, conservatives and libertarians are usually a bunch of spoiled brats who want their Oompa Loompas but without the Fauci Ouchie.

America has turned upside down though. The people who are most pro-vaxx are the people, i.e. liberals, who support endless COVID restrictions. This is a pretty incoherent position. It sort of goes against the entire premise of what vaccines would help us do.
— Shadi Hamid (@Shadi Hamid) 1640531714

Hamid dropped the following strawman on us:

America has turned upside down though. The people who are most pro-vaxx are the people, i.e. liberals, who support endless COVID restrictions. This is a pretty incoherent position. It sort of goes against the entire premise of what vaccines would help us do.

America struggled to reach herd immunity for months because anti-vaxxers dismissed public health. You couldn’t safely relax COVID-19 restrictions when anti-vaxxers were stuffing hospitals during the fall Delta wave. Vaccination required a collective effort and 2021 demonstrated that despite all their bluster about patriotism, far too many Americans don’t give a fuck about the nation’s collective health.

But Hamid has a hunch why so many Americans are selfish pricks: Liberals are annoying and can’t effectively message “Please don’t die.”

Public health authorities (and, unfortunately, Democrats) have done a lousy job of vaccine messaging. Now the message is completely bungled. Vaxx-skeptics look at us and say, wait, they're obsessing over COVID and masks *after* getting the vaccine. Well, what's the point?

Liberals are “obsessing over COVID and masks” because assholes won’t get vaccinated, and assholes fight against the most basic mitigation measures, including vaccine and mask mandates, not just in restaurants but in public schools. I personally am less stressed in cities with high vaccine rates where residents wear masks without a hassle. I don’t really think about Covid even when putting on my mask when entering a restaurant. It’s like how I don’t think about hookworm when wearing shoes in public. That’s the irony, I guess. There’s the most resistance to mandates in the places where they’re the most necessary.

It was a huge mistake for liberals to make masks, expertise, and "the science" a cultural identity marker, which then further politicized everything having to do with COVID. Anti-vaxx sentiment is fueled by distrust. And it's understandable that they wouldn't trust us

Liberals did this? No, liberals didn’t do this. Our failing, perhaps, was assuming that everyone would embrace “masks, expertise, and science.” However, it was Donald Trump who visibly resisted wearing masks, contradicted experts, and pushed snake oil COVID-19 cures.

"Follow the science" does not, in fact, mean the follow the science. Instead, it's become a way to stifle debate and enforce authority. And this will have profound, long-lasting effects on our country, well after this pandemic ends, if it ever does
— Shadi Hamid (@Shadi Hamid) 1640534453

Hamid said, “Whenever anyone says 'follow the science’ these days, I can't help but roll my eyes.” That seems like a personal issue. He claims liberals use science to “stifle debate and enforce authority," adding that "this will have profound, long-lasting effects on our country, well after this pandemic ends, if it ever does.”

No, the people who behave like functioning adults aren’t why this pandemic refuses to end. He says that “it's an intriguing question as to why progressives insist on undermining their causes by alienating people who might otherwise be sympathetic. There's a smugness that's extremely off-putting. Even if progressives were right about everything, it would still be hard to support them.”

I know liberals can be annoying. I live in Portland, Oregon, for god’s sake. But only a fool would willingly jeopardize their own lives just to spite us. Liberals are also right about oxygen and gravity. If we’re too smug on those points, will conservatives start holding their breath and jumping off buildings? This is moronic.

Conservatives need to grow up and accept responsibility for their own actions. I’d also like rock-hard abs, since I'm wishing for things that won’t ever happen.