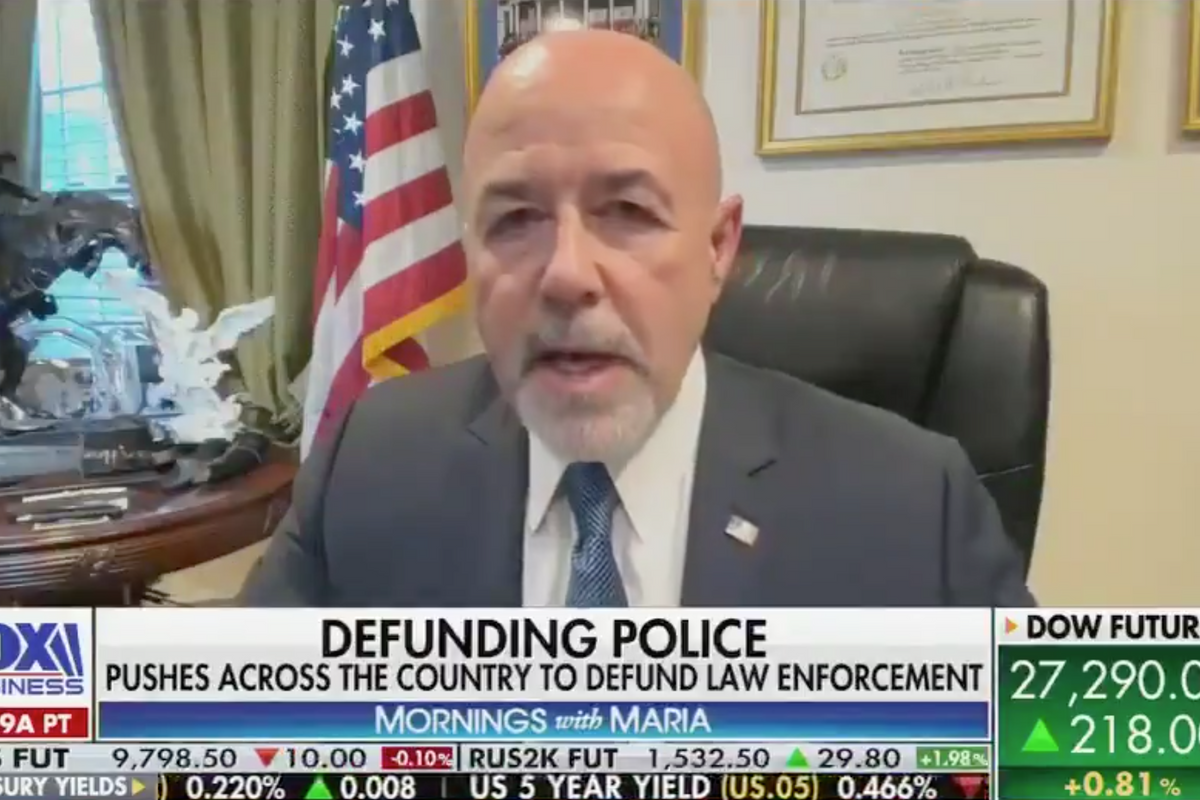 To paraphrase Leo Tolstoy, compliant witnesses are all alike; each non-compliant witness throws up a middle finger in a slightly different way. Now that it's former New York police commissioner and presidential pardon recipient Bernie Kerik's time in the barrel, he's putting his own special spin on the one finger salute to the House January 6 Select Committee. And that spin appears to be that the Big Lie is true — or at the very least that it was never investigated, so the jury's still out.

Here's his lawyer Timothy Parlatore fulminating in a letter to the committee:

The fatal flaw in all of your rhetoric about your investigation is that you are operating under the following presumptions, without first conducting an investigation:

The information that Mr. Kerik can provide, presuming we can resolve the privilege issues, will undermine confidence in the first presumption and will eviscerate the second and third presumptions.

Spoiler Alert: No, it won't. It's the same warmed-over horse shit about Antrim County, Michigan, suitcases of ballots in Atlanta, and the "statistical impossibility" of the absentee vote going to President Biden 2:1.

And not for nothing, but as part of discovery in one of the eleventy-seven defamation lawsuits arising out of this clusterfuck, the campaign already produced a memo written on November 13 proving it knew damn well that Rudy was spouting nonsense about Dominion and Smartmatic. It's got fun subheadings like "Dominion Voting Systems Does Not Own Smartmatic," and "Dominion Has No Company Ties to Venezuela."

Last week, Kerik promised that anything he handed over to the committee would be released to the public, and this week he made good on that, throwing hundreds of pages up in a publicly accessible Dropbox folder on New Year's Eve. Politico was first to flag the documents, pointing out that Kerik's privilege log — i.e., the list of documents responsive to the subpoena which are being withheld due to attorney-client privilege — contains some eye-popping references.

Most shocking is a "Draft letter from POTUS to seize evidence in the interest of National Security," which Kerik claims is attorney-client privileged because it was "drafted and/or edited by an attorney." It's unclear exactly how advice on official presidential acts can be attorney work product for the campaign, which Kerik claims was his client. (Or possibly Trump, he uses both interchangeably: "As I have noted multiple times in the past, Mr. Kerik is not the privilege holder, President Trump is.") It's also unclear why he's bothering to withhold half this stuff, since Giuliani already put out his supposed evidence of "disparities in voting highlighting possible malfeasance," and it landed like a lead balloon. The privileged "Compliation of Rants" [sic] is very on brand, though, both for the typo and the substance matter.

Kerik claims to have been "hired by former-President Donald Trump’s legal team, to act as an investigator tasked to look into claims of election fraud." It's not clear if he ever had a contract, or indeed if he was paid. The correspondence contains a lengthy exchange with him instructing the management of the Willard International Hotel not to place any more charges on his credit card beyond the $73,000 already advanced. The Trump team was infamously holed up at the Willard during the January 6 Insurrection plotting how to prevent the democratic transfer of power.

It also contains a 22-page "Strategic Communications Plan" to be executed between December 27 and January 6 "to educate the public on the fraud numbers, and inspire citizens to call upon legislators and Members of Congress to disregard the fraudulent vote count and certify the duly-elected President Trump."

So much for Kerik's claim through Parlatore that he was just asking questions because "[w]ithout a proper investigation, it is impossible for anyone to state with certainty either that President Biden stole the election through widespread fraud, or that President Trump promoted false claims of election fraud."

Giuliani and Kerik's plan (as it were) was to use "AI" to suss out the fraudulent ballots, because humans cannot be trusted to verify signatures "at a professional level." They'd get their message out via Trump's Twitter feed about "Ballots counter before thew were available or requested" [sic again!] and "Illegal Ballot Harvesting via the Zuckerberg Boxes and elsewhere."

And if that were my work product, I'd want to hide it behind a cloak of privilege, too.

They also relied on goons showing up to public officials' homes and offices to "protest." Of course one man's "protest" is another man's death threat, so YMMV.

"To be clear, while it has been reported that some may have pushed a plan for then Vice President Pence to certify alternate slates and declare Donald Trump the winner on January 6, this is not Mr. Kerik’s understanding," his lawyer huffs. As if the issue were the slates of cosplay electors, not the flagrant lying about fraudulent ballots while screaming "What do you elections officials have to hide?"

Kerik's strategy appears to be to force the committee to allow him to testify publicly, at which point he will shout some more lies about election fraud right at the camera. He claims to have "obtained a conditional waiver" of privilege, but insists that it is "conditioned on Mr. Kerik testifying at a public hearing, a condition that your Committee has thus far refused to accept."

As it stands, Kerik is refusing to come in for a deposition, and won't do a "voluntary interview" unless the committee guarantees that the full transcript will be released to the public immediately, and not just when and if they refer him to the Justice Department for contempt of Congress.

Is it almost fuck around and find out o'clock for the guy who used an apartment set aside for 9/11 first responders to meet up with his girlfriends? We'll see ...