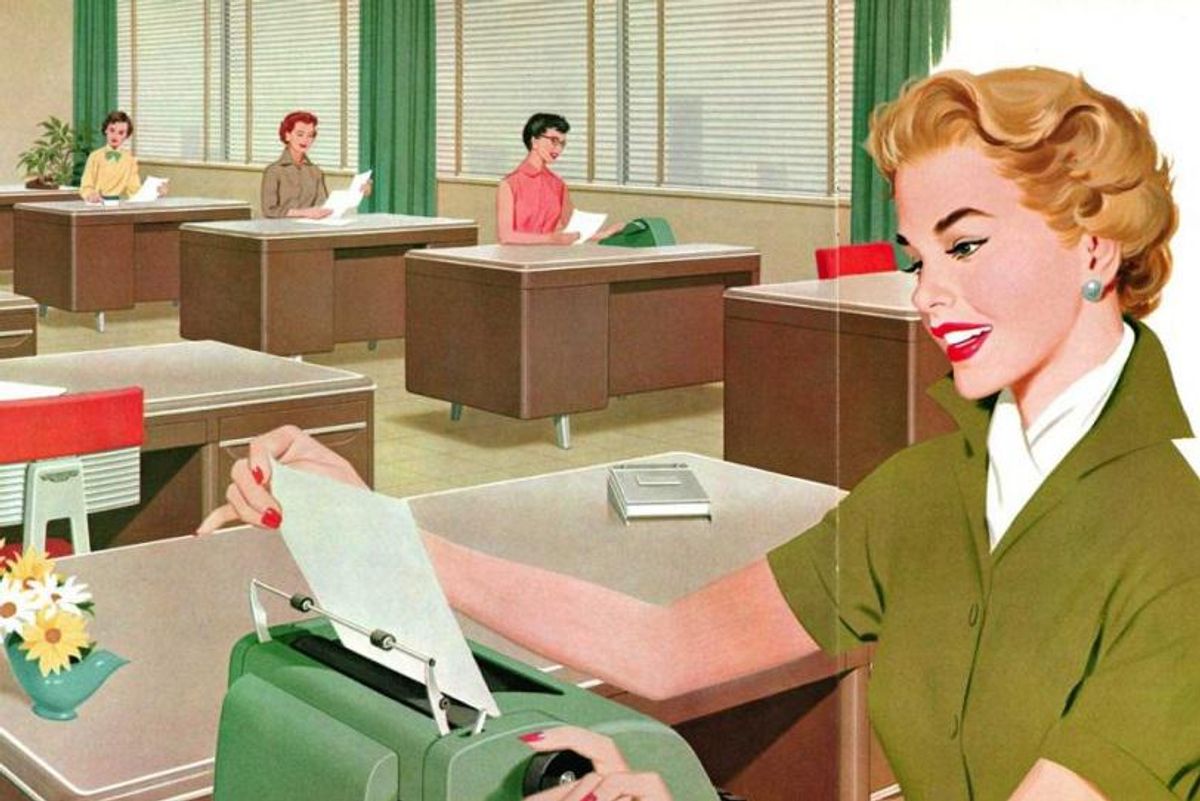 Some good economic news from the Washington Post, albeit a little damn late: It turns out that for four straight months, from June through September, the Labor Department's Bureau of Labor Statistics "sharply underestimated job gains," missing a total of 626,000 new jobs in those four months. It's the biggest gap between actual job growth and the BLS's initial monthly jobs reports since 1979. As the Post's Andrew Van Dam puts it, "If those revisions were themselves a jobs report, they'd be an absolute blockbuster."

It's not because anyone was asleep at the switch; the article goes into quite a bit of detail to explain how careful BLS statisticians are to account for variables. Rather, it's a matter of how the BLS figures out the data for its monthly jobs reports — as we've noted previously, the sampling system works pretty well in normal economic times, but it's not terribly effective when employment numbers are rising or falling quickly, as has been the case in our weird pandemic economy. In this case, reports of a stagnant non-recovery were greatly exaggerated.

In an average month before the pandemic, estimates would be revised by a little over 30,000 jobs, or just 0.02 percent of all the jobs in the United States. The recent revisions to the jobs reports have been much larger.

The missing jobs surfaced through revisions to the widely watched non-farm payrolls number that BLS releases each month. The data is considered preliminary until it has been revised twice. The fixes are typically minor, but recent revisions have been big enough to turn a substantial slump into a surprising surge.

So what went wrong? Basically, the numbers were off because the monthly payroll reports rely on data that businesses provide to government surveys. In this case, "businesses have been slow to respond to government surveys amid the chaos of the pandemic," meaning that they were hiring people but slow in reporting the new hires to the BLS. In fact, Van Dam notes that as many as a quarter of responses from the more than 697,000 businesses the BLS surveys were submitted late in one recent month.

Something similar happened in early 2020, as companies were shedding jobs due to the pandemic and the lockdowns that were needed to slow the coronavirus's spread:

Revisions in the already calamitous months of March and April 2020 found the economy had lost 922,000 more jobs than initially reported.

He also noted that a classification error in the early days of the pandemic led BLS to misstate the unemployment rate, falsely showing that millions of workers were listed as being "absent" from work — that is, employed but unable to work — when in fact they'd been laid off and should have been listed as "temporarily unemployed." We'd say those errors led Donald Trump to brag that the jobs situation was far rosier than it actually was, but he did that no matter what the numbers actually were.

Angie Clinton, the "BLS section chief who oversees the payroll number crunching," told Van Dam that of course the monthly reports get revised as new data arrives, because that's how data works, silly:

"We're just improving the estimate using everything we know up through the month we're releasing, really," Clinton said. "I mean, it sounds counterintuitive to most people because revisions — they think, 'Oh, they got it wrong the first time.' But no, we got it right, based on what the sample told us. But going forward we receive more sample, some corrected records, and recalculate seasonal factors, which together may indicate a different story."

The story these latest revisions is a heck of a lot better economic news than the earlier reports of disappointing job growth suggested, particularly for August of this year:

In August, when economists expected a strong follow-up to the 943,000 jobs the economy added in July, the BLS announced the U.S. added only 235,000 jobs. Headlines dubbed it a "colossal miss" as job growth took a "giant step back." Two months later, revisions based on additional data showed August jobs grew by 483,000, more than double the anemic original reading. It was the biggest positive revision in almost four decades.

Unfortunately, by the time the more accurate jobs numbers were posted, Biden's polling was already beginning to suffer, in part because of the COVID resurgence, and in part because of what was being called the dismal jobs numbers. The sudden fall of the Afghan government and the hurried US evacuation probably didn't help, either.

Polling aside, there might be some additional good news in the delayed reporting:

Jane Oates, the president of the employment-focused nonprofit WorkingNation and a Labor Department official in the aftermath of the Great Recession, said the coronavirus crisis and subsequent worker shortage put many employers under amazing stress. One plausible explanation for the Labor Department's chronic underestimates is that the employers who were hiring the most were too busy to respond to the survey, so initial responses missed the fastest-hiring firms.

Gosh, next we're probably going to find out that nobody was sitting around on their butts collecting emergency unemployment, oh wait, we already knew that!

The overall response rate from firms, Van Dam points out, has dropped from about 60 percent every month, to 49 percent in May 2021, the latest month for which there's available data, and those "low response rates may have played a role in the unusually high revisions seen during the past two years." In fact, it's entirely possible that some of the strong job numbers for October may need to be revised backward to attribute them more accurately to growth in August and September.

So hooray for the number crunchers, and we now vow to refer back to this article whenever weird one-month economic numbers raise their bizarre fuzzy heads. Also, get ready for a bunch of doofuses to continue insisting that even though the economy is showing very good growth, typical families with nine kids can't afford the 12 gallons of milk they need every week and everything is terrible we're doomed.

Yr Wonkette is funded entirely by reader donations. If your economic numbers can manage it, please give $5 or $10 a month, and we'll keep you up to date on the nice times. Even when we didn't know they were nice at the time!