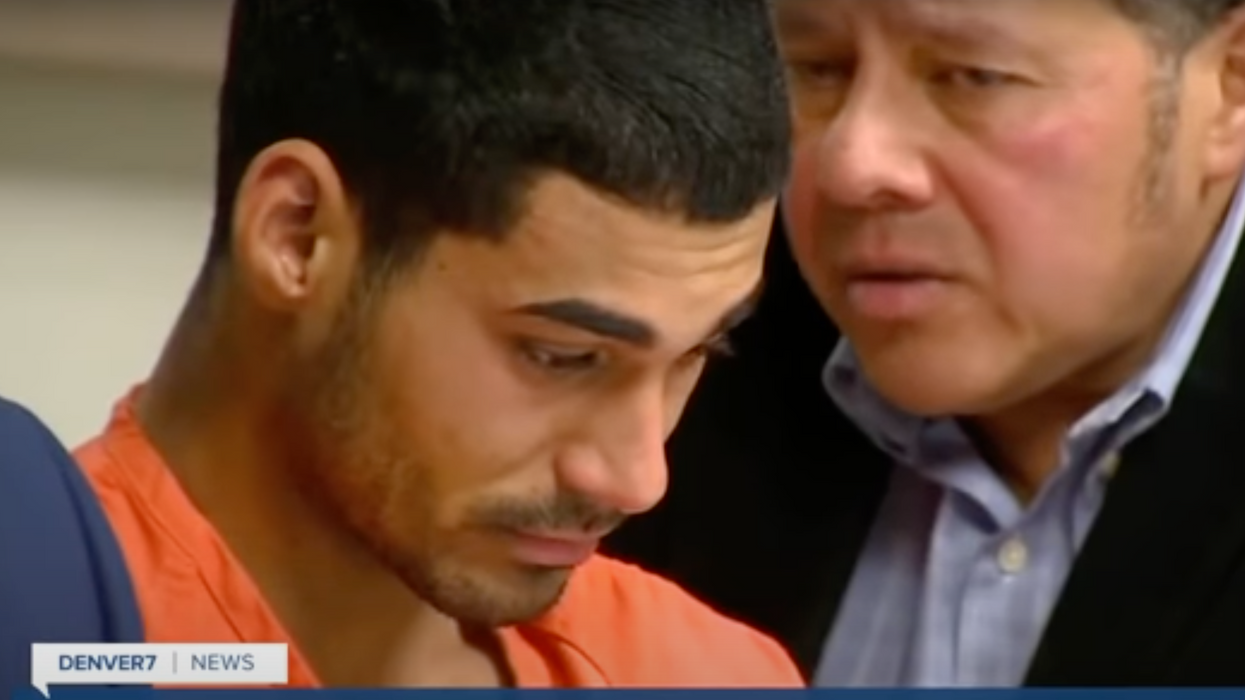 Over four and a half million people have signed a petition this week asking the governor of Colorado to commute the 110 year sentence of a truck driver who killed four people in an accident when his brakes gave out on the highway, on account of the fact that it is a completely offensive and inappropriate sentence for that "crime."

In April of 2019, Rogel Aguilera-Mederos was driving his lumber-hauling semi-truck down Interstate 70 in Lakewood, Colorado, when he realized his brakes had gone out. Unable to stop his truck, he ended up driving into stopped traffic, causing a massive crash that resulted in the deaths of four people.

In an interview with police and through a translator, Aguilera-Mederos said he lost control of the vehicle after noticing his brakes were failing, but that he had only been traveling at 45 mph at the time. The downhill grade increased his speed as he entered Lakewood, he said. He didn’t want to drive off the road for fear of rolling the semi, so he tried to maneuver to the right shoulder and avoid the stopped traffic on I-70, according to the affidavit. But he saw the shoulder was blocked by another semi, so he swerved left — back into lanes of slow stop-and-go traffic from a previous crash at I-70 and Ward Road — and closed his eyes, according to the affidavit. The crash, which occurred around 4:50 p.m., caused a massive blaze in the eastbound lanes near Colorado Mills Parkway.

During his trial, the prosecution argued that Aguilera-Mederos was guilty because he could have taken a runaway truck off-ramp, while the defense argued that he didn't skip the ramp on purpose, but was simply too busy trying to swerve and navigate the truck down the highway to notice it. A jury found him guilty on 27 counts, including "four counts of vehicular homicide, six counts of first-degree assault, 10 counts of attempted first-degree assault, four counts of careless driving causing death, two counts of vehicular assault and one count of reckless driving."

Aguilera-Mederos was sentenced on December 13 by a judge who really did not want to sentence him to 110 years but was bound by Colorado's mandatory minimum sentencing laws — which barred him from allowing sentences to be served concurrently — to do so. “I will state that if I had the discretion, it would not be my sentence,” District Court Judge Bruce Jones explained during sentencing.

While the petition has asked that Aguilera-Mederos be given either a commutation or clemency, James Colgan, one of the lawyers representing him, says he is only asking for a commutation to a lighter sentence.

Judge Jones also said that he did not get the feeling, from the victim impact statements, that the victims wanted to see him serve over a century in prison.

“In all the victim impact statements I read, I did not glean from them someone saying he should be in prison for the rest of his life and he should never, ever get out — far from it,” Jones said, according to the Washington Post. “There was forgiveness reflected in those statements, but also a desire that he be punished and served time in prison, and I share those sentiments."

To be fair, this does not seem to be the case for Gage Evans, the widow of victim William Bailey, who told reporters, “He was found guilty of reckless behavior that killed my husband that was the most important thing to me.” Evans did say that she thinks Colorado should consider re-evaluating the law in general, but that Aguilera-Mederos's case in particular should not be commuted.

What is the point of the prison system? It's supposed to be that it protects society by punishing those who do bad things, keeping them separate from the rest of the population and discouraging others from engaging in bad behavior for fear of being sent there themselves. It is with these beliefs in mind that the United States has traditionally gone balls to the wall when it comes to sentencing — thus, three strikes laws, mandatory minimums, the death penalty, and a strong national commitment to making certain that prison is an explicitly miserable place rivaled only by Turkey and Venezuela.

While I personally question whether or not this actually works the way advocates claim it does, given our simultaneously high incarceration and homicide rates as compared to countries with less draconian laws, it is entirely unclear how this sentence even fits into that framework. What possible purpose does Aguilera-Mederos being imprisoned for 110 years serve? Is anyone afraid that if he is let out into society he will go right back and do it again? Will it make other people somehow less likely to freeze up and make a horrible mistake when their brakes give out?

If we take someone's whole life away from them — and make no mistake, that is absolutely what is happening here — there should be some reason, some justification other than "well, that's the law, there's nothing we can do."

Right now it seems like the main thing this lengthy sentence accomplishes is ensuring that many truckers will not be coming through Colorado until the law is changed — because they don't want to end up with century-long prison sentences themselves.

The petition, which Change.org reports is the fastest growing petition of 2021, asks Colorado Governor Jared Polis to grant Aguilera-Mederos clemency on the grounds that the accident was not intentional on his part, instead placing the blame on the trucking company he worked for, stating that it "had several inspections since 2017, with several mechanical violations."

A spokesperson for Governor Polis says the office welcomes an application from the defense “and will expedite consideration but have not received one yet at this time.” That is lovely, but they should probably consider also expediting getting rid of mandatory minimums while they're at it so that something like this doesn't happen again.