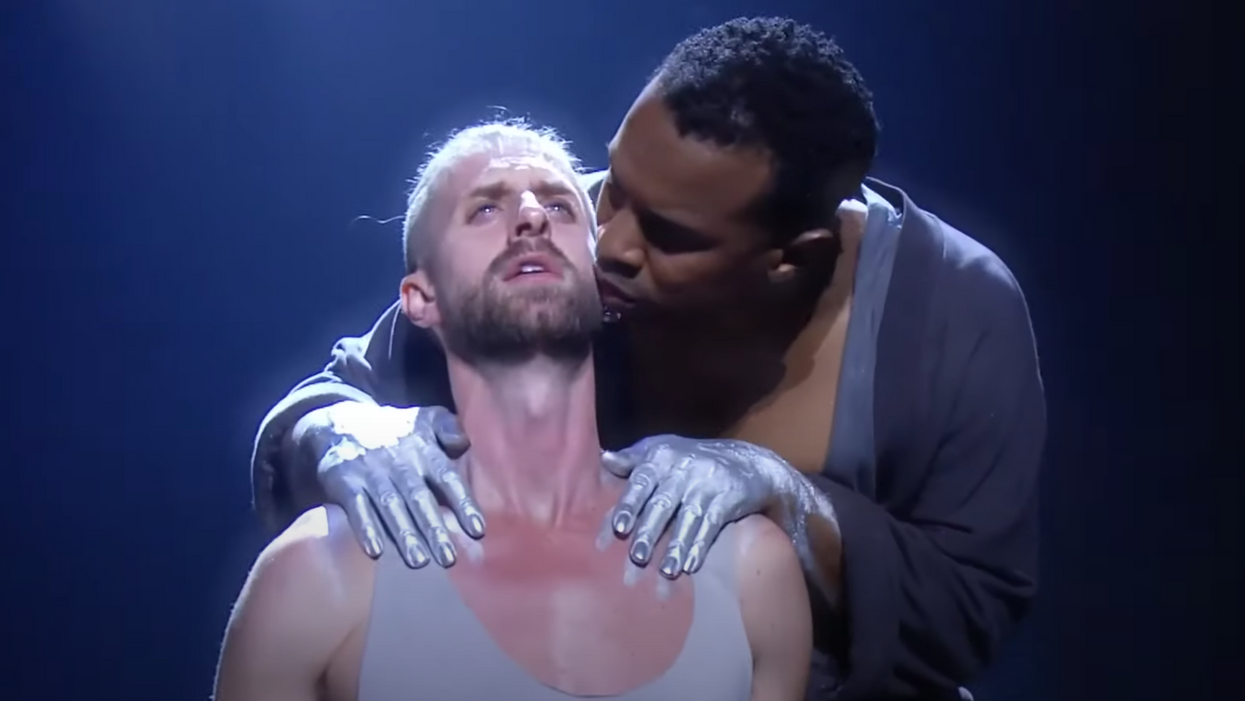 Congratulations to the understudy for Judas in the North American touring company of Jesus Christ Superstar, as the man who has played the role since 2019 has been "suspended indefinitely" and may now be going to prison for his part in the January 6 capitol riots. Whoops!

According to court documents, James 'Delisco' Beeks, also known as James T. Justis, teamed up with a bunch of Oath Keepers to storm the Capitol and obstruct Congress.

From the Justice Department:

According to court documents, Beeks joined with others to forcibly enter the Capitol on Jan. 6 and obstruct the Congressional proceeding occurring that day. At about 2:30 p.m., a group of Oath Keeper members and affiliates marched in “stack” formation into the Capitol grounds and then up the east steps of the Capitol to the area outside of the Rotunda doors. Beeks was part of a mob of people, including some who attacked law enforcement. At 2:38 pm., the doors were breached, and the group stormed into the Capitol. Once inside the Capitol, the group split up. Half of them, including Beeks, tried to push their way through a line of law enforcement officers guarding a hallway that led to the Senate chamber. Law enforcement forcibly repelled their advance. Beeks and others with him regrouped in the Rotunda and then left the building at approximately 3:04 p.m.

Prior to the confrontation, Beeks joined with a group of Oath Keepers while walking from the Ellipse to the Capitol. Unlike the camouflage-combat attire of many individuals in the group, he was wearing a Michael Jackson “BAD” world tour jacket and a black helmet, and he was carrying what appeared to be a homemade black shield.

The reason he was wearing a "BAD" world tour jacket, by the way, was because he is also a professional Michael Jackson impersonator. He also appeared in Broadway productions of Kinky Boots (as one of Lola's angels and also as the understudy for Lola and Simon Sr. in the replacement cast) as well as in the replacement casts of Aida, Ragtime and Smokey Joe's Café.

Though he is a resident of Florida, Beeks was arrested in Milwaukee following a performance of Jesus Christ Superstar.

Just think. Imagine getting to play what is by far the best male role in the entire Andrew Lloyd Weber canon and throwing that and any hope of a Broadway career away in the hope that being a giant asshole at the Capitol would somehow make Donald Trump president again. That is ridiculous. Even more ridiculous, however, was Beeks' performance in the courtroom on Monday.

At a contentious hearing held via videoconference Monday, James Beeks — a Michael Jackson impersonator who starred as Judas in a traveling “Jesus Christ Superstar” company until his arrest last week — narrowly escaped being jailed after a tense exchange with Chief Judge Beryl Howell of the U.S. District Court in Washington, D.C.

“I am an American standing under public law and I am here by special divine appearance,” Beeks told Howell.
Beeks, whose cast bio was removed from his theater company’s website over the weekend, initially refused to accept assistance from the two public defenders on the line, but he also demurred when Howell asked if he wished to [represent] himself.

“I cannot represent myself because I am myself,” he said. “I reserve all rights at all times and waive none, ever.”
Howell snapped back at Beeks, declaring his statements unintelligible.

“That’s all gobbledygook. I have no idea what you’re saying,” the judge said.

The judge also suggested that two of the affidavits Beeks submitted to the court looked like sovereign citizen nonsense, which Beeks very much took exception to, stating, “I’m not a sovereign citizen. There’s no such thing. That’s an oxymoron and it’s even an insult." To be fair, he's not wrong about the oxymoron part, but one would have to imagine those affidavits were pretty strange to elicit such a comment.

Despite her very obvious reservations, Howell agreed to let Beeks out to go back home to Florida, with several conditions for his release.

But one of the public defenders, Washington, D.C.-based Michelle Peterson, huddled privately with Beeks on Monday and convinced him to agree to strict terms of pretrial release that include GPS monitoring and a curfew.

Howell briefly puzzled over how to ensure that Beeks would travel from Wisconsin to his home in Gotha, Fla., in order to check in with the court there. Beeks said he planned to drive as soon as the FBI returned his car keys, cash and “gold and silver” seized from him at the time of his arrest.

I feel uncomfortable dragging him too much because, quite frankly, he does not seem well. Then again, very few of the Capitol rioters do.

The sad thing? He's actually good. He's no Carl Anderson, Ben Vereen, or Tyrone Huntley (my top three Personal Judases), but I vastly prefer him, even in just his audition, to some other major Judases I could name but will not because I am nice and also because I'm pretty sure no one cares about my Judas rankings.