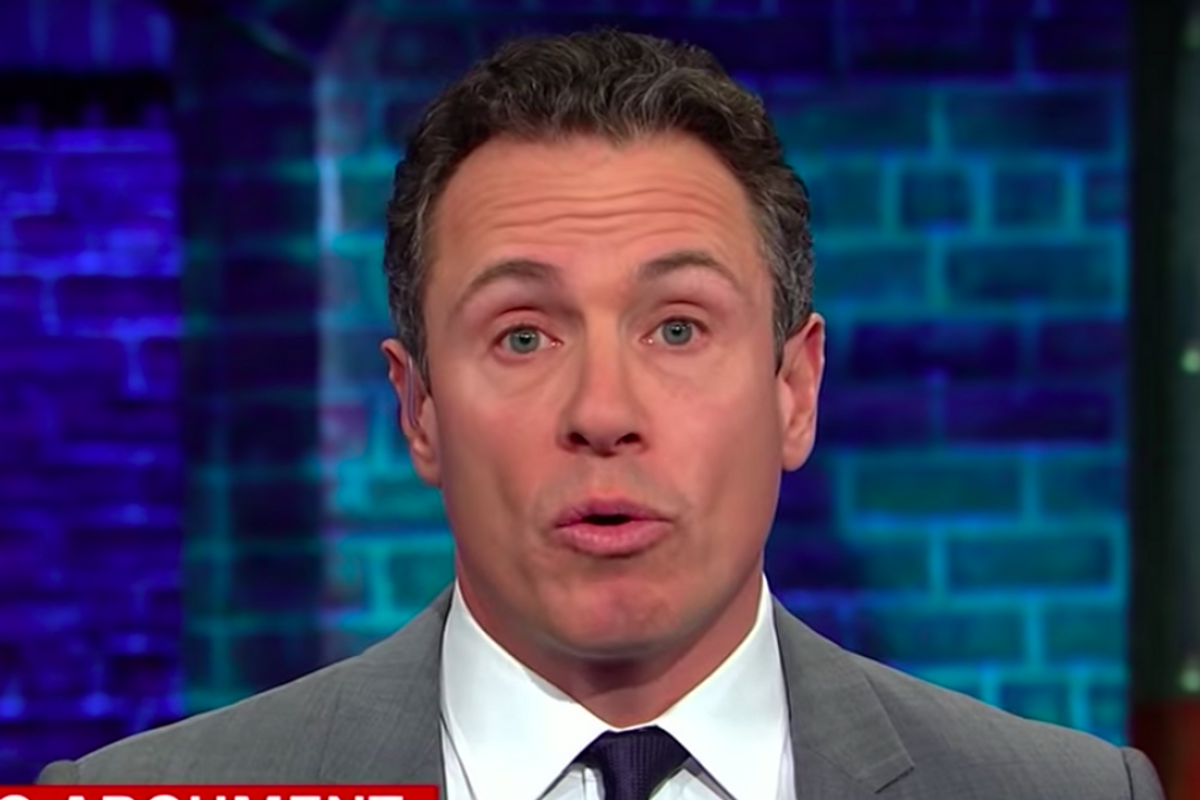 Yesterday the New York Attorney General dropped another round of documents in the investigation into former Governor Andrew Cuomo. To say that it makes his brother Chris Cuomo look bad is something of an understatement. Contrary to his earlier denials that he simply offered supported as a brother, it's clear that the CNN host coordinated with the governor's staff and outside advisors to craft a response to the onslaught of accusers.

Even worse, he used his contacts as a journalist to run down leads to discredit the women accusing his brother of sexual misconduct.

“Rumor going around from politico 1-2 more ppl coming out tomorrow. Can u check your sources?” texted the governor's chief of staff Melissa DeRosa in March.

“On it," Cuomo replied, adding later, “No one has heard that yet.”

So not so much with his on-air claim in August that, "I never attacked nor encouraged anyone to attack any woman who came forward. I never made calls to the press about my brother's situation."

"I have a lead on the wedding girl," he said in a different text exchange with DeRosa, referring to another of his brother's accusers. In deposition he explained that "my friend had heard that maybe she had been put up to it." Which might have worked if there weren't photographic evidence of the exchange. He also appears to have done some digging into New Yorker reporter Ronan Farrow's reporting on former gubernatorial staffer Lindsey Boylan's Medium post detailing years of harassment by Andrew Cuomo.

“If If ronan has nothing better than boylan thats a great sign," he texted DeRosa on March 14.

“Did u get any more intel?” DeRosa followed up the next day.

In addition to his frequent texts with DeRosa, Chris Cuomo was looped into the crisis management team via email as it sought to craft the governor's response to the avalanche of accusations kicked off by Boylan's revelations.

And you know what?

I, too, would do very bad things to protect my brothers (let alone my children). [I wouldn't. If I spent my time covering for my brothers' shit there would be no time left before the heat death of the universe. — Editrix]

I'd probably even believe in my heart that I was telling the truth.

"This is my brother, and I'm trying to help my brother through a situation where he has told me he did nothing wrong. And that's it for me," Chris Cuomo testified. "How do I protect my family? How do I help protect him? Probably should have been thinking more about how I protect myself, which just never occurred to me. And that was it."

And yet, these things happened, and they are not okay, as Cuomo himself seems to have known at the time.

"Delete thread now," he texted DeRosa on March 10, a practice he attempted to explain away in testimony as a "constant and consistent concern about being hacked or someone obtaining my device and violating the trust of people who have put their trust in me."

But however understandable and human his conduct, CNN cannot continue to have a guy in prime time who wandered step by step so far off the path. Even when, as The Atlantic's David Graham points out, the network that allowed a host to interview his own brother on air bears some responsibility for creating an environment where journalistic standards might look more like suggestions than hard and fast rules.

"The thousands of pages of additional transcripts and exhibits that were released today by the NY Attorney General deserve a thorough review and consideration," CNN said in a statement yesterday. "We will be having conversations and seeking additional clarity about their significance as they relate to CNN over the next several days."