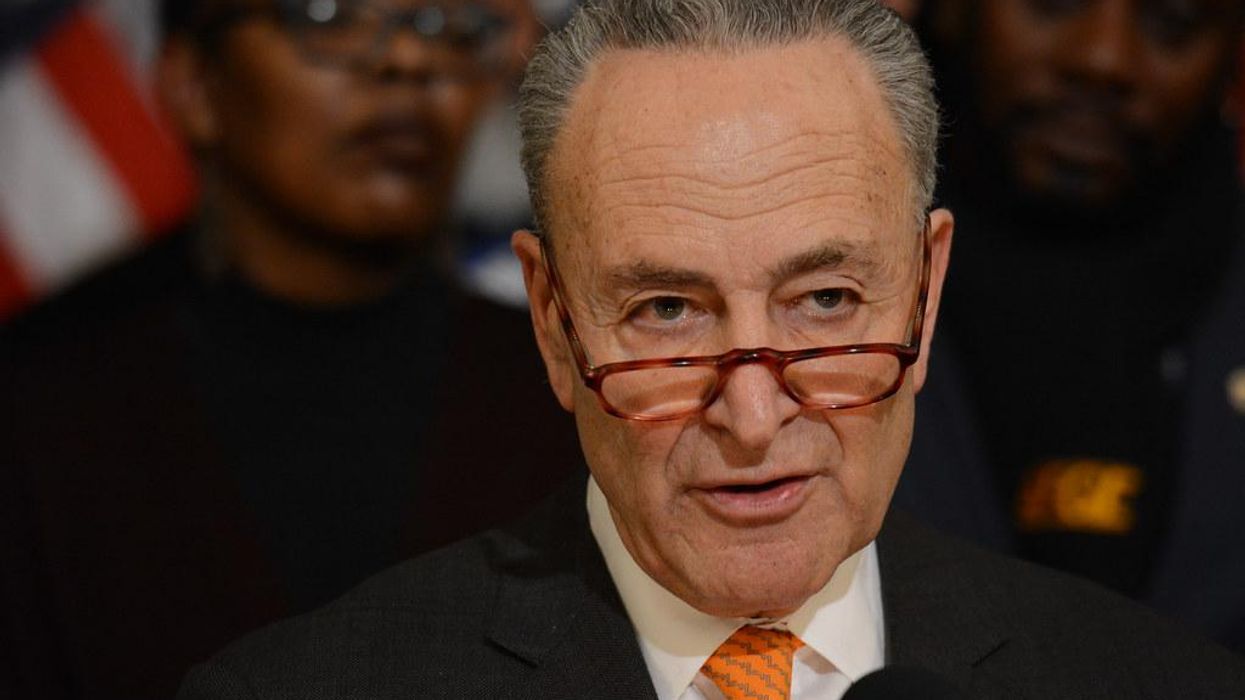 "The Senate was designed to protect the political rights of the minority in the chamber, through the promise of debate and the opportunity to amend. But over the years, those rights have been warped and contorted to obstruct and embarrass the will of majority – something our Founders explicitly opposed."

Thus spake Chuck Schumer in a Dear Colleague letter sent this morning. The Senate majority leader is putting down a marker on voting rights legislation, threatening to amend the filibuster if Republicans continue to block any bill ensuring ballot access as gerrymandered state legislatures throw up obstacles to voting, or even laying the groundwork to reject results outright.

Schumer invokes the one-year anniversary of the day when hundreds of goons "fueled by conspiracy and the ravings of a vengeful former President" descended on the Capitol "in a naked attempt to derail our Republic’s most sacred tradition: the peaceful transfer of power."

"Our democracy held – for now," he adds, although the jury's still out on that one, TBQH.

Referring to vote suppression bills passed in the states "under the guise of so-called 'election integrity,'” Schumer promises that "we can and must take strong action to stop this antidemocratic march."

Let me be clear: January 6th was a symptom of a broader illness — an effort to delegitimize our election process, and the Senate must advance systemic democracy reforms to repair our republic or else the events of that day will not be an aberration — they will be the new norm. Given the urgency of the situation and imminence of the votes, we as Senate Democrats must urge the public in a variety of different ways to impress upon their Senators the importance of acting and reforming the Senate rules, if that becomes a perquisite for action to save our democracy.

He goes on to remind the Democratic caucus that the filibuster rule is nowhere in the Constitution, and the Founders knew how to mandate a supermajority when they wanted one, as in impeachments and treaty ratification, noting, "The weaponization of rules once meant to short-circuit obstruction have been hijacked to guarantee obstruction." In addition to which, state legislatures that are gerrymandered to shit are passing vote suppression bills on a simple majority, while Congress, which has the power to enact voting rights legislation, has tied its own hands with a 60-vote requirement.

And just like Mitch McConnell ditched the filibuster for judges, the current Senate can change its own rules as it sees fit.

We must adapt. The Senate must evolve, like it has many times before. The Senate was designed to evolve and has evolved many times in our history. As former Senator Robert Byrd famously said, Senate Rules “must be changed to reflect changed circumstances.” Put more plainly by Senator Byrd, “Congress is not obliged to be bound by the dead hand of the past.”

But it's not clear if Schumer has the votes to create a filibuster carve out for an election bill. Notably, Senators Joe Manchin and Kyrsten Sinema have expressed hostility to amending the filibuster, even as they support the election reform bill. Manchin has expressed confidence that he can get Republicans to go along with voting rights reform (LOL, okay, Joe), and has indicated that he might be open to a filibuster carve out if he can't (LOLOLOL, okay, Joe).

So who knows whether the needle moves from this. But it's a big shift in the way Democrats are talking about the filibuster, and not a second too soon. Tick tock, people, it's 2022 and we're 10 months from the election. GET MOVING!