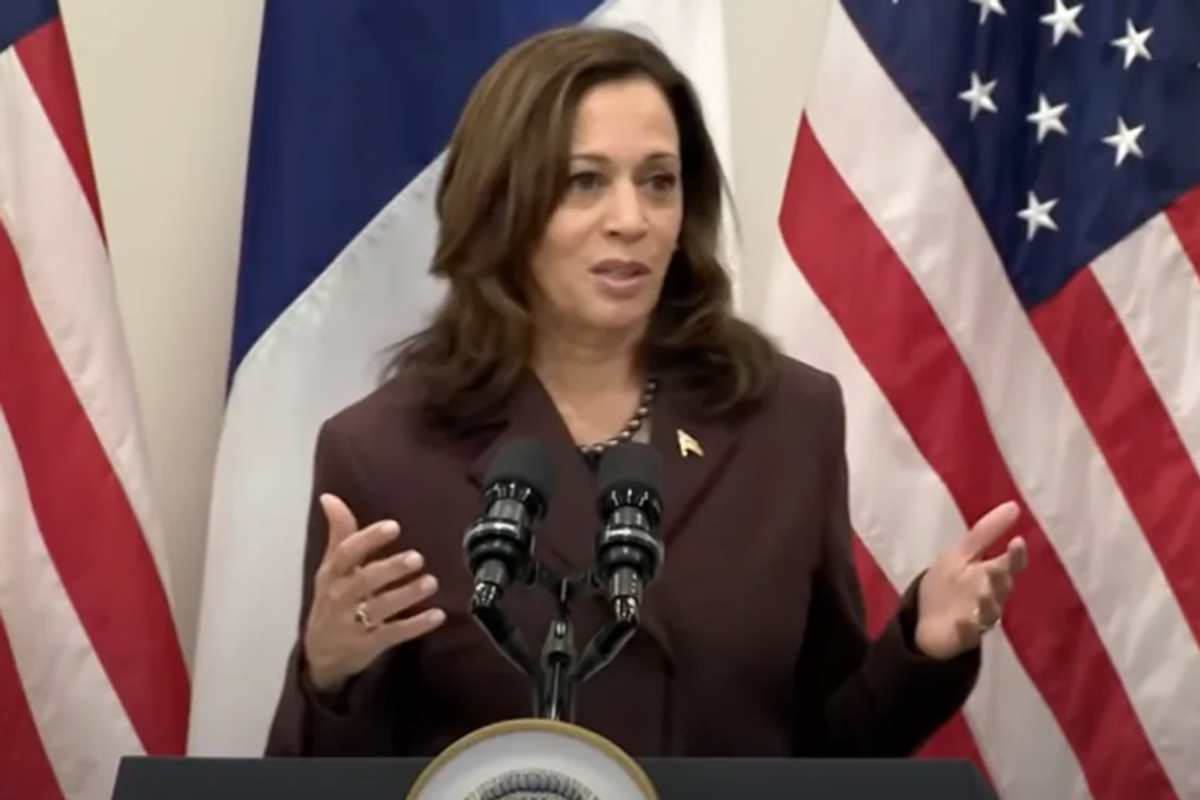 CNN has previously used the loaded term “dysfunction" to describe outright sinister actions within the Trump White House, but Harris is reportedly guilty of simply over-pronouncing the word “the," not rolling over for Vladimir Putin.

Worn out by what they see as entrenched dysfunction and lack of focus, key West Wing aides have largely thrown up their hands at Vice President Kamala Harris and her staff -- deciding there simply isn't time to deal with them right now, especially at a moment when President Joe Biden faces quickly multiplying legislative and political concerns.

“Key West Wing aides" have given up on the vice president after just 10 months? People stick by bad TV programs for longer. Reportedly, the “frustration" runs both ways, and almost "three dozen former and current Harris aides, administration officials, Democratic operatives, donors and outside advisers" are spilling the tea. Everyone's leaking like a baby with an old newspaper for a diaper.

Harris has apparently confided in people a heartbeat away from the press that she "feels constrained in what she's able to do politically." It's as if she's not been set up to thrive, but if that's true, she's no different from any other vice president going back to John Adams. CNN also accused former Vice President Mike Pence of disappearing from sight in May 2017, and that was when he was caught up in the middle of the latest Trump scandals involving James Comey and Michael Flynn.

Longtime supporters of Harris claim they see "no coherent public sense of what she's done or been trying to do as vice president," which is odd because the primary job of vice president is to remain alive in case the president dies. What do people want from Harris? She can't overshadow President Joe Biden, because then the media would paint her as overly ambitious and calculating.

Reportedly Harris's defenders are “getting frantic," which is so not the kind of crap anyone needs when they have a tough job.

When they're annoyed, some pass around a recent Onion story mocking her lack of more substantive work, one with the headline, "White House Urges Kamala Harris To Sit At Computer All Day In Case Emails Come Through." When they're depressed, they bat down the Aaron Sorkin-style rumor that Biden might try to replace her by nominating her to a Supreme Court vacancy.

OK, Harris should fire these whiny-ass babies. She's the vice president. She can expect to feature in a few Onion headlines. It's also absurd paranoia to even entertain the notion that Biden would ditch Harris. (It's not really a "West Wing" plot line, but more "House of Cards.")

She's perceived to be in such a weak position that top Democrats in and outside of Washington have begun to speculate privately, asking each other why the White House has allowed her to become so hobbled in the public consciousness, at least as they see it.

How is Harris in a weak position? Where's the evidence for this claim? Look, there's tension within every workplace, but let's put this in perspective: Donald Trump literally almost got his vice president killed and still feels no remorse. By any standards, Biden is a more supportive partner.

Democratic Rep. Abigail Spanberger declared recently that voters didn't elect Biden to be a transformative president like FDR — just “normal." Mainstream media and politicians alike should celebrate that Harris is, at worst, utterly normal. There are no major scandals or accusations of light treason. World leaders seem to appreciate that she's not the worst ugly American stereotypes made flesh.

The CNN article pushes a lot of petty narratives, suggesting for instance that Harris aides resent the support Transportation Secretary Pete Buttigieg receives from the White House. That's just bizarre. Of course, the White House would speak up when Fox News and Republicans smear Buttigieg for taking paternity leave. That broadside against all gay parents is quite different from silly complaints about Harris wishing people a pleasant Memorial Day weekend.

The Washington Post also ran a whole article on the alleged Harris/Buttigieg rivalry the media has crafted for November sweeps. Buttigieg gets to bask in the warm glow from the bipartisan infrastructure deal, but Harris is stuck with the make-believe border crisis. That spin only makes sense in the past week. Just last month, Buttigieg was blamed for rising gas prices and potential IOUs as Christmas gifts because of supply chain issues.

Harris needs to just plug the leaks and continue doing her job sanely and well. We don't mind normal.