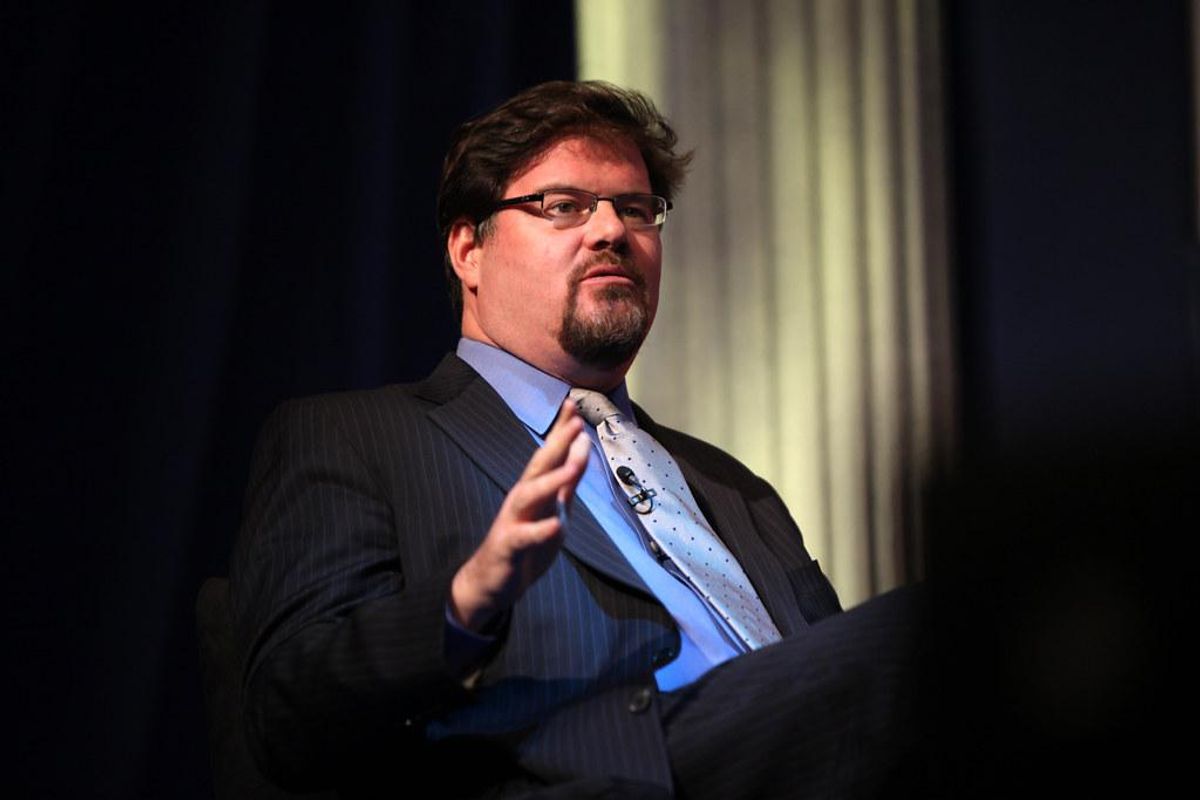 Jonah Goldberg is mad as hell, and he's not going to take it anymore. Because Fox News's streaming platform aired Tucker Carlson's insane propaganda special "Patriot Purge," Goldberg and his business partner Stephen Hayes have decided to purge themselves right out of Fox. On (belated) principle!

"I'm game," Hayes replied, according to the New York Times. "Totally outrageous. It will lead to violence. Not sure how we can stay."

Slow clap for these brave patriots, who took this courageous stance a mere 11 months after a mob of deranged maniacs hopped up on Donald Trump's Big Lie tried to overthrow the government. Because obviously this is the first time Fox News has pushed alternate reality propaganda about January 6. Obviously.

Naturally, the pair engages in zero introspection on how we got to this point. Goldberg, who helped make the National Review Online the bastion for serious, conservative thinking that we all know and love today, authored a book called Liberal Fascism: The Secret History of the Left from Mussolini to the Politics of Meaning. 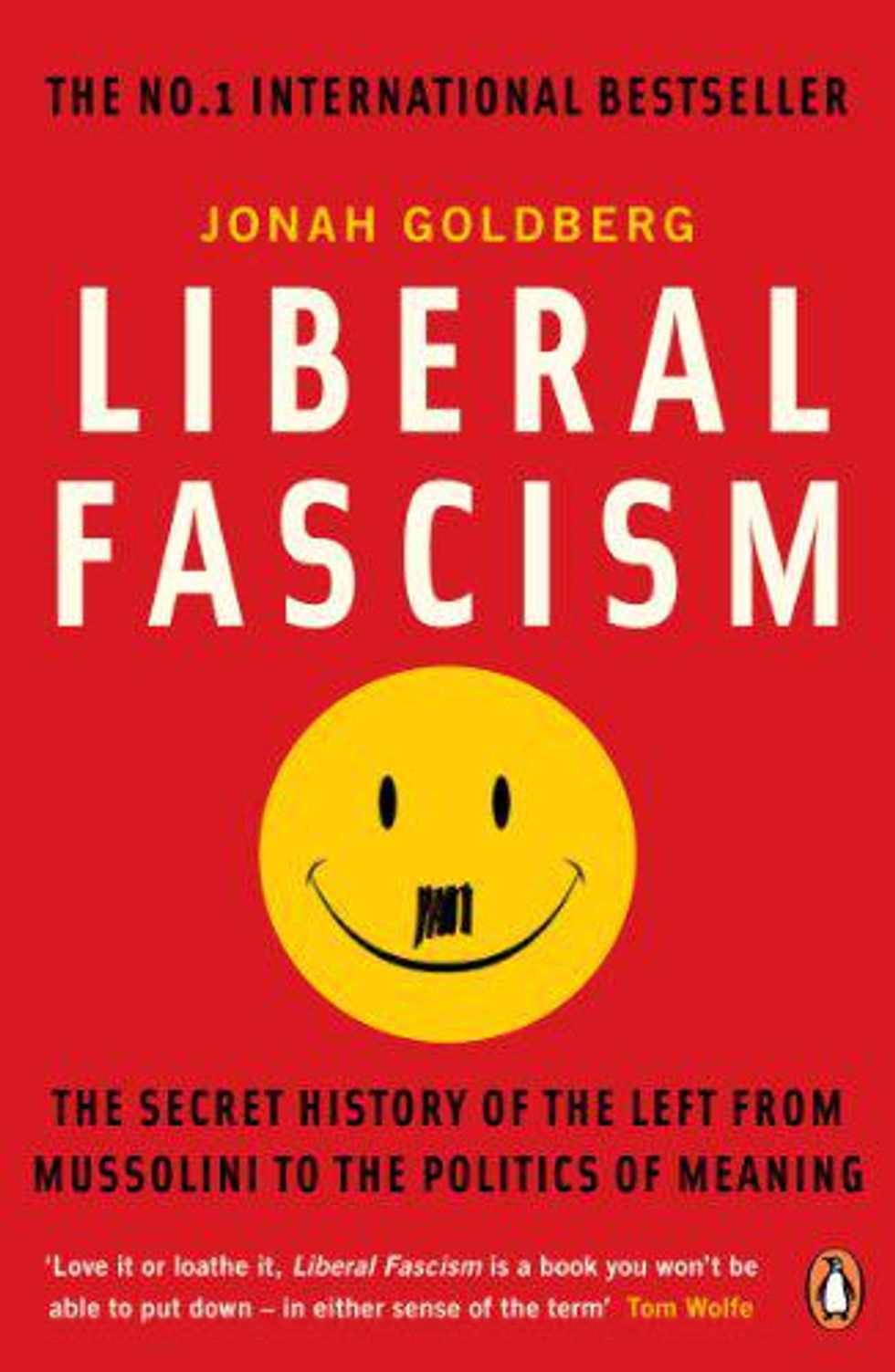 Really? A guy who said supporters of affirmative action were of a piece with the Italian Fascist party doesn't like demagoguery?

For his part, Hayes has had a front row seat to the deterioration of the conservative movement from his position as editor-in-chief of the Weekly Standard, up until the outlet folded in 2018.

Tell us how broke up he is, NYT:

Mr. Hayes said that he was particularly concerned about Fox lending support to the idea "that there's a domestic war on terror and it's coming for half of the country," he said. "That's not true." Particularly disturbing in "Patriot Purge," he added, "was the imagery of waterboarding and suggestions that half the country is going to be subject to this kind of treatment, that's the same kind of treatment that the federal government used when it went after Al Qaeda."

Mr. Carlson "pumped that stuff out into society, and all you need is one person out of every 50,000 people who watch it to believe it's literally the story about what happened, that it's true in all of its particulars and all of its insinuations. And that's truly dangerous in a way that the usual hyperbole that you get on a lot of cable news isn't."

See, it's totally fine to build your career dehumanizing people who disagree with you politically and pretending that forcing rich people to pay taxes and making the country more fair is literally fascism. But when someone stands on your shoulders and accuses liberals of actually carrying out a fascist agenda, well, this aggression will not stand, man!

For his part, Tucker Carlson's not losing any sleep over it.

"These are two of the only people in the world who still pretend the Iraq war was a good idea," he sneered to NPR. "No one wants to watch commentary that stupid."

Always a gentleman, is our Tuckums.

To their very minimal credit, Goldberg and Hayes have been off the Trump train for a while now, founding their own anti-MAGA webzine, "The Dispatch."

"We launched The Dispatch in part to model behavior we thought was increasingly missing on the right, particularly in conservative media," Goldberg told NPR's David Folkenflik, differentiating his site from the rest of the conservative rage ecosystem because "[we're] not looking to simply monetize dopamine hits by making people angry." Which is big talk from a guy whose book boasts a smiley face with a Hitler mustache meant to represent American liberalism.

Then he went on to demand a dirge from the entire string section for the Real Victim™ here. Spoiler Alert: It isn't America's body politic, or the people getting smeared by Carlson's dangerous lies. It isn't even the poor, deranged saps who believe that shit.

"Being a Fox contributor is kind of a brass ring in conservative and right-wing circles, and I was well-compensated. I'm not looking to be a martyr or ask for pity or any of that kind of stuff. But it's a significant financial hit for sure. And it's also cutting yourself off from a very large audience," Goldberg continued, adding, "We don't regret the decision. But we found it regrettable that we had to make the decision."

Don't cry for me, Argentina! The truth is I NEVER LEFT YOU.