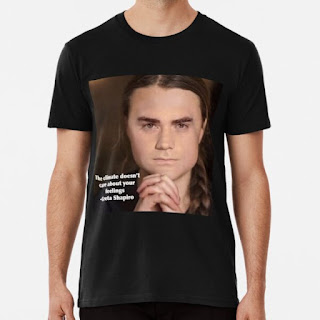 You're familiar with me as the guy on speedballs and helium who can rant on the day's Murdoch talking point for eight minutes without taking a breath, displaying astonishing erudition and common sense as I disembowel the liberal line, and I know how much you treasure that experience, because you're an essential part of what has made my enterprise and my self the incredible successes we are today. And I am one hundred percent that guy, but I'm so much more. For example, I like to just hang out shooting the shit with my Intellectual Dark Buds in the den. In my new series, Conservatives in Caves Having Coffee, we'll be setting up the camera in my basement and you'll get to be a fly on the wallpaper as I share some of my most intimate thoughts with friends like Dr. Jordan Peterson in his suit and sweater vest.

Instead of the harsh light and monochrome background for my talking head, we'll have a softer and more relaxed set, though with masculine furnishings like the classic wire wheel coffee table, and I'll be in lighter makeup. Jordan doesn't drink coffee, but maybe I can talk him into a cup of bone broth, and even if he's not drinking anything, it'll be a thrill for you to hear us chat about the masculinity crisis and stuff like that. Stresses of modern marriage. How to raise your kids with the moral backbone they'll need to survive the coming radical left gay trans socialist takeover of our country.

And speaking of child-rearing, you'll be crazy about Badminton? Goodminton!, my new show where I lead my kids and their friends in backyard net games like badminton and volleyball, filmed in natural outdoor light, and you'll get to see me in shorts and sneakers engaging with some of the most precious people in my life. You'll get a sense of what it would be like to have me as a fun but firm father, enforcing the rules but leaving time for hearty laughter. And every once in a while I'll throw a stick at the camera and you can pretend you're the dog.

And then for evenings we'll be streaming My Date With Ben, a series where I go out with my wife, Dr. Shapiro, for some wholesome entertainment. You'll be sharing our table at the tango club as we nurse our glasses of Malbec and joining us on the dance floor trying out some fancy moves, or giggling with us at the bowling alley as I score strike after strike. Or some nights simply behind our heads, perhaps, when we're on the couch relaxing with some Netflix. You'll be wondering if you could make me as happy as Dr. Shapiro does, holding hands and enjoying some fresh-popped popcorn, repeating our favorite lines from whatever the film happens to be. I love her a lot, obviously, but I do love you too. Facts may not care about your feelings, but I do, and I always will.

Cross-posted at The Rectification of Names.