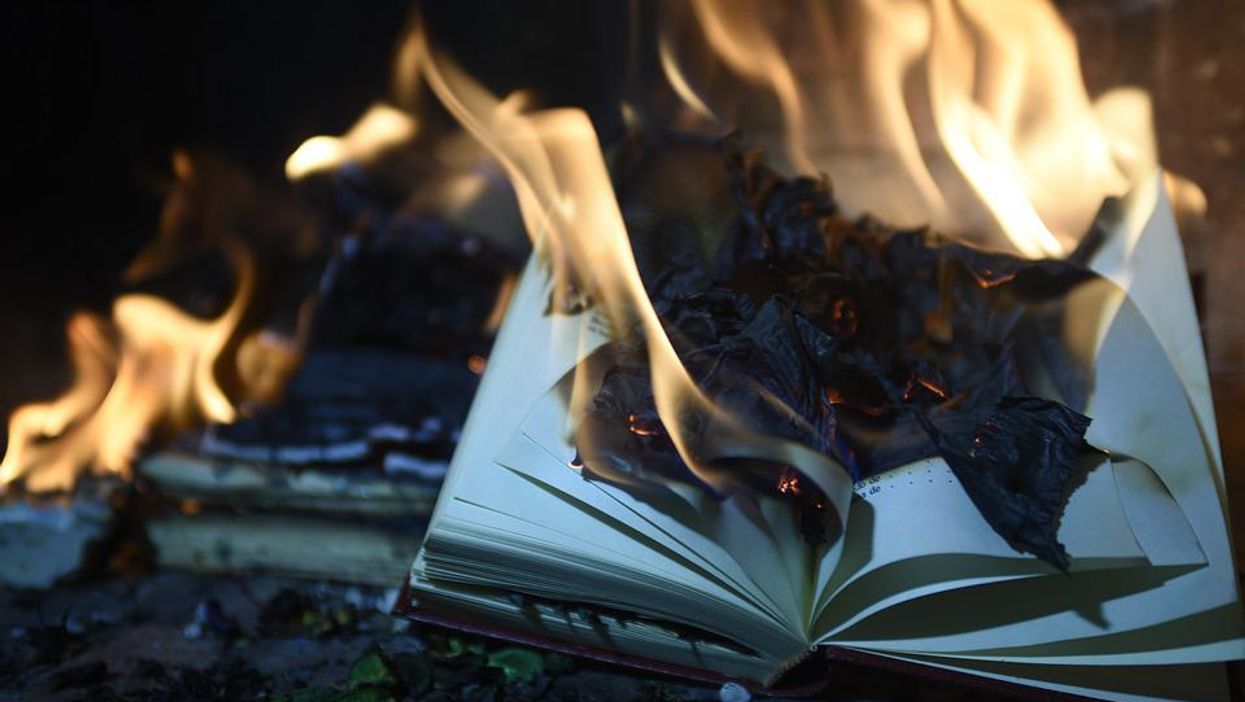 The latest teen crazy sweeping the nation is bound to put the fear of God into conservative parents and school boards everywhere. Are they doing pregnancy pacts? Going to rainbow parties? Wearing jelly bracelets??? No. It's much worse than any of that. This time, they are reading books.

For the last year or so, free-speech-loving right-wing parents and school boards have been on a straight up book-banning rampage, hoping to purge school libraries of books that might inspire their children to not be terrible people when they grow up. Books about LGBTQ people, books about racism and slavery, about people with disabilities, about poverty and drug use, biographies of Eleanor Roosevelt. You know, the kind of stuff that's just too hot for high school.

Alas, to what we can fairly assume is their chagrin, this hot trend has not had the desired effect. Rather than creating a generation of teens unspoiled by, uh, Toni Morrison novels, they have instead made kids want to run out and read all the books they banned.

One of the books targeted by name was 33 Snowfish, an acclaimed 2003 novel concerning a trio of runaway teens and all sorts of sordid, Kids-ish behavior. The concerned parents of northern Virginia believed that heady themes of poverty, addiction and abuse have no place in the sanctums of learning, and therefore, the book needed to go. [...]

The moral militancy immediately backfired, because [Paul] Cymrot knows a good business opportunity when he sees one. He’s owned the Spotsylvania-area Riverby Books for 25 years, and possesses a shrewd nose for the ebbs and flows of the publishing market. One bookselling truth remains eternally undefeated, explains Cymrot. When a censorious zeitgeist swallows up a novel, a lot of people will want to buy it. [...]

[T]here is no evidence that the wave of book bans are actually accomplishing their intended ambition. If anything they’ve achieved the opposite effect. Sales of Beloved increased after [Glenn] Youngkin transformed Morrison into a partisan figure, and Jerry Craft, an author and artist who found himself on the Krause list for his 2019 graphic novel New Kid, has spoken at length about how legislative suppression is an unlikely boon for his career. “What has happened is so many places have sold so many copies because now people want to see what all the hubbub is,” he said, in an interview with the Houston Chronicle. “They’re almost disappointed because there’s no big thing that they were looking for.”

It's almost as if when you tell kids that they're "too young" to read a thing, they want to read the thing even more, which is hardly a thing we have known about teenagers since the dawn of time. And now it's very easy for them to read whatever the hell they want, because the of how the internet exists.

To be fair, The Guardian also notes that it works the other way, too, as demand for racist Dr. Seuss books went way up after the Seuss family decided to not print them anymore. Though that probably didn't come from teenagers so much as grumpy racist adults frightened that if children aren't exposed to super-racist caricatures of Asian people early in their lives, they might grow up to think super-racist caricatures of Asian people are a bad thing.

At the end of the day, that's what these book bans are about. People have anxiety about being rejected by their children and grandchildren due to their backwards views. They don't want to feel left behind or irrelevant. They don't want to feel the way they used to be able to make other people feel, and think that by encouraging their children to be equally ignorant, they can stall that in some way. Which they can't, because again, the internet exists.

It's good that these bans are having the opposite effect of what these people want, and it's great that kids are reading great books. As much as we'd all love to live in a world where people would just stop this nonsense, it's the best result we can hope for right now. Hopefully those kids will enjoy those books, go on to enjoy others like them and become smart, thoughtful and kind people as a result.