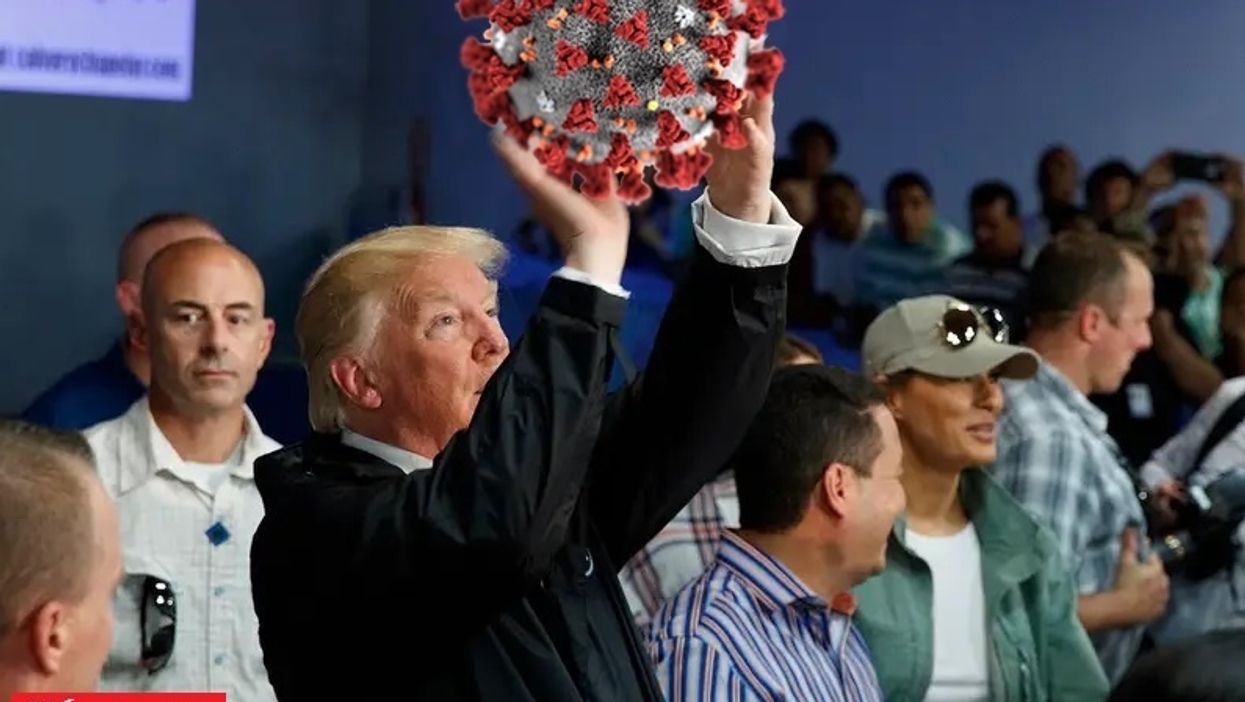 Today marks a milestone in the coronavirus pandemic: One year ago, the first dose of vaccine against the SARS-CoV-2 virus went into the arm of Sandra Lindsay, a nurse on Long Island who was the first US healthcare worker to get the vaccine after it was approved by the FDA. (Yes, other Americans got it in the clinical trials leading up to approval, shh, we're talking general public here.) Since then, nearly 240 million Americans (about 72 percent of us) have been fully vaccinated, according to the CDC, and the Pfizer-BioNTech vaccine has been authorized for all Americans aged five and up.

But depending on the source, we've also reached 800,000 deaths in the US, or are nearly there, because not enough of us are vaccinated or following simple safety protocols, and because the Delta variant of the virus, far more transmissible than previous variants, found unvaccinated Americans easy pickings. Let's look at the latest developments, from Oh Good, to Oh Shit! and points in between.

New research may indicate why people who are overweight or obese are at higher risk of serious illness or death from COVID: The virus may actually infect "both fat cells and certain immune cells within body fat, prompting a damaging defensive response in the body," the New York Times reported last week.

“The bottom line is, ‘Oh my god, indeed, the virus can infect fat cells directly,’” said Dr. Philipp Scherer, a scientist who studies fat cells at UT Southwestern Medical Center in Dallas, who was not involved in the research.

“Whatever happens in fat doesn’t stay in fat,” he added. “It affects the neighboring tissues as well.”

The paper, which was posted online in October, hasn't yet been peer reviewed, so remember, preliminary findings and all that.

But the lead authors, Stanford medical school researchers Dr. Tracey McLaughlin and Dr. Catherine Blish, suggest that it's possible that new treatments for COVID might be developed that would target the virus in body fat, which would be a hell of a good thing, possibly. Much more research needed, but it certainly does adipose interesting questions. [New York Times / paywall-free version at San Diego Times-Union]

With new infections from the Delta variant surging since Thanksgiving, and Crom knows what risk posed by the Omicron variant — vaxxed and boosted is still your best bet! — New York and California have both reinstated mask mandates for indoor public spaces. New York's masking mandate went into effect Monday and will apply to all indoor public places except for those that already require proof of vaccination. The mandate was announced Friday by Gov. Kathy Hochul, although Republican officials in some counties are already vowing they will not enforce such public health tyranny, because they are assholes. California, which doesn't have any vaccine passport programs like New York does, will require masks be worn in all indoor public spaces, period, starting tomorrow. Both mandates will remain in place until at least January 15, at which time they'll be reevaluated. [CBS News]

Pfizer Says Its COVID Pill Very Effective, Even Against Omicron

near 90% efficacy in preventing hospitalizations and deaths in high-risk patients, and recent lab data suggests the drug retains its effectiveness against the fast spreading Omicron variant of the coronavirus.

In results released last month, the treatment's effectiveness when given shortly after the onset of symptoms had already been around 89 percent in preventing serious illness or death in a group of 1,200 people, compared to a group given only a placebo. The results released today were based on adding another thousand people to the treatment group.

Also too, Pfizer Chief Scientific Officer Mikael Dolsten told Reuters that early lab results show the drug's effectiveness against the Omicron variant is as "good as basically any SARS-COV-2 variant of concern," which is certainly good to hear (though again, preliminary), considering there are worries that existing vaccines may not provide as much protection against Omicron as earlier variants, and again we say once more we still don't know yet so don't panic. [Reuters]

The US Air Force has discharged 27 service members who refused to get vaccinated against COVID-19, making them the first dipshits in the military to find out what happens when you fuck around and disobey a direct order related to public health. An Air Force spokesperson said all 27 dipshits were in their first year of enlistment, so they were younger, low ranking aerogrunts. None of the dipshits had bothered even applying for an exemption on medical or religious grounds. The spox added that some of the dipshits may have had other infractions on their records as well. For comparison to normal sorts of airfuckups, she noted that in the first three quarters of 2021, the Air Force had also discharged some 1,800 dipshits for failure to follow orders.

Air Force data show roughly 1,000 airmen have refused the shot, and 4,700 had applied for various sorts of exemptions. Despite such failures to straighten up and fly right, some 97 percent of Air Force personnel have put service, honor, and the health of their compatriots (or just the fear of discipline) first and received at least one dose of the vaccine. Here is where, if we knew it, we would repeat whatever Air Force people shout instead of "oo-rah." Maybe it's "Tally-ho" or a prolonged "Yeeeeee-haaaah!" as if riding an H-bomb, though we doubt it. [NPR]

Yr Wonkette is funded entirely by reader donations. If you can, keep us going with a monthly $5 or $10 donation. You can shout something spirited too if you like. Hey nonny nonny!