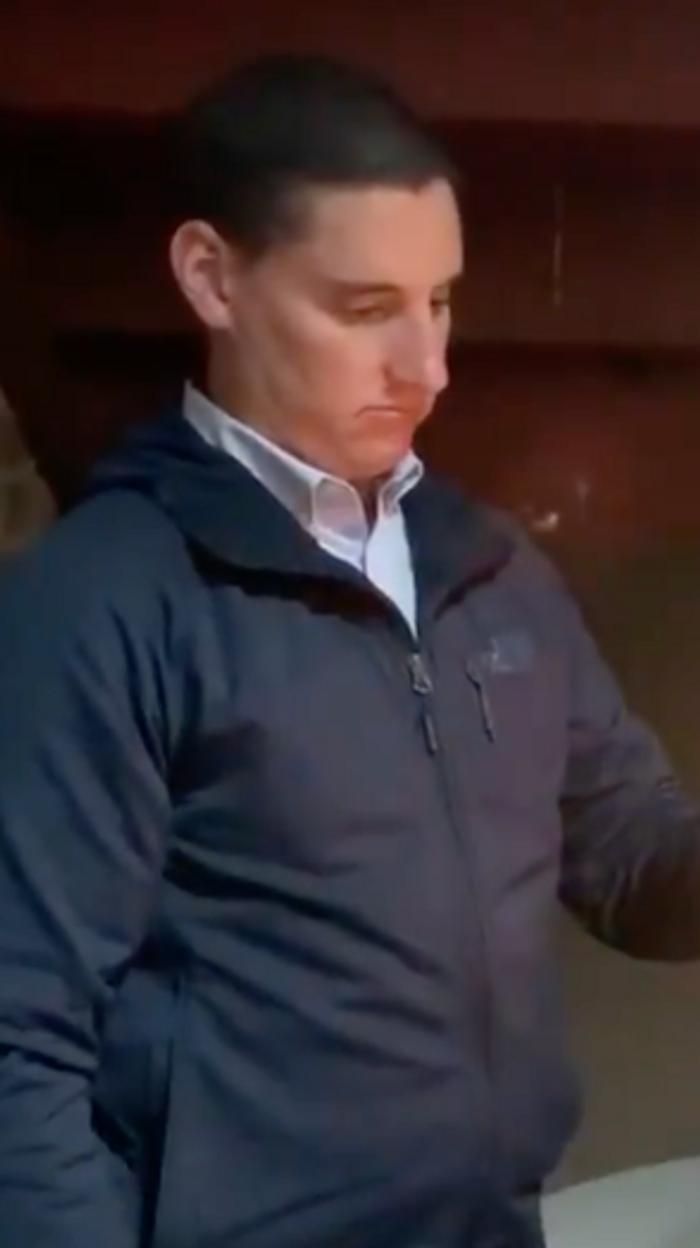 In September, Josh Mandel called the director of the Anti-Defamation League a "kapo." The leading Republican candidate to replace retiring Ohio Senator Rob Portman was pissed that the ADL had condemned him for likening Biden's mask mandate to the Nazi secret police.

"I call on my fellow Americans: Do not comply," Mandel tweeted over a video of himself standing in a corn field next to a Trump sign. "Do not comply with the tyranny, and when the Gestapo show up at your front door, you know what to do."

"These comparisons are beyond the pale and need to stop," the ADL tweeted, demanding an apology.

At which point, Mandel, both of whose maternal grandparents are Holocaust survivors, responded that it was the ADL and "kapo @JGreenblattADL that should apologize."

The term "kapo" refers to Jewish prisoners in concentration camps who were deputized to help Nazi guards. They horribly abused their fellow Jews, and were sometimes tasked with choosing who would be killed. It's a deeply offensive term which has come to mean "Jews who would sacrifice other Jews' well-being for their own advancement." Or, if you're a Republican, it's a catch-all phrase for any Jew who votes with Democrats.

"As you guys play footsie with Jew-haters, I will keep fighting alongside Patriots like @Cernovich and @JackPosobiec as we defend the Judeo-Christian bedrock of America," Mandel continued, throwing his lot in with alt-Right shit-stirrers who routinely tweeted the (((Echo))) meme at Jewish journalists so their followers would know whom to harass.

Not that there was ever any confusion on this score. Just last week Republican also-ran Mark Pukita ran a truly filthy ad about Mandel in which an actor asked, "Are we seriously supposed to believe the most Christian-values Senate candidate is Jewish? I am so sick of these phony caricatures."

Pukita defended himself at a candidate forum, saying, "In terms of antisemitism, all I did in an ad was pointed out that Josh is going around saying he's got the Bible in one hand and the Constitution in the other. But he's Jewish, everybody should know that though, right?"

Not to be outdone, Mandel is now hitting the same anti-semitic hot buttons.

"Liberal Jews and radical Muslims are irrelevant to our campaign," he tweeted this morning. "Evangelical Christians, Jewish conservatives and devout Catholics are our army."

Liberal Jews and radical Muslims are irrelevant to our campaign.\n\nEvangelical Christians, Jewish conservatives and devout Catholics are our army.
— Josh Mandel (@Josh Mandel) 1637191248

Look out Unitarians, they march at dawn! After they stop at Dunkin' for a nosh, of course.

We're leaving aside for the moment the truly disgusting attack on Muslims, which is nothing new for a guy who ran ads in his 2010 campaign for state treasurer depicting his Black, Christian opponent as a Muslim.

Mandel, who happily tosses around the term "kapo" to smear all critics, is now deciding who the "good Jews" are. Liberal Jews, i.e. 70 percent of us, are "irrelevant" at best. Or perhaps we're actually the real enemy.

And Josh Mandel is raising an "army" of like-minded Christian fundamentalists to attack us.

Good thing I'm not the type to wage scurrilous attacks on fellow Jews and use despicable slurs, or I might be tempted to throw Josh Mandel's words right back at him. Then again, I don't have brain damage from setting fire to a surgical mask in a stairwell.