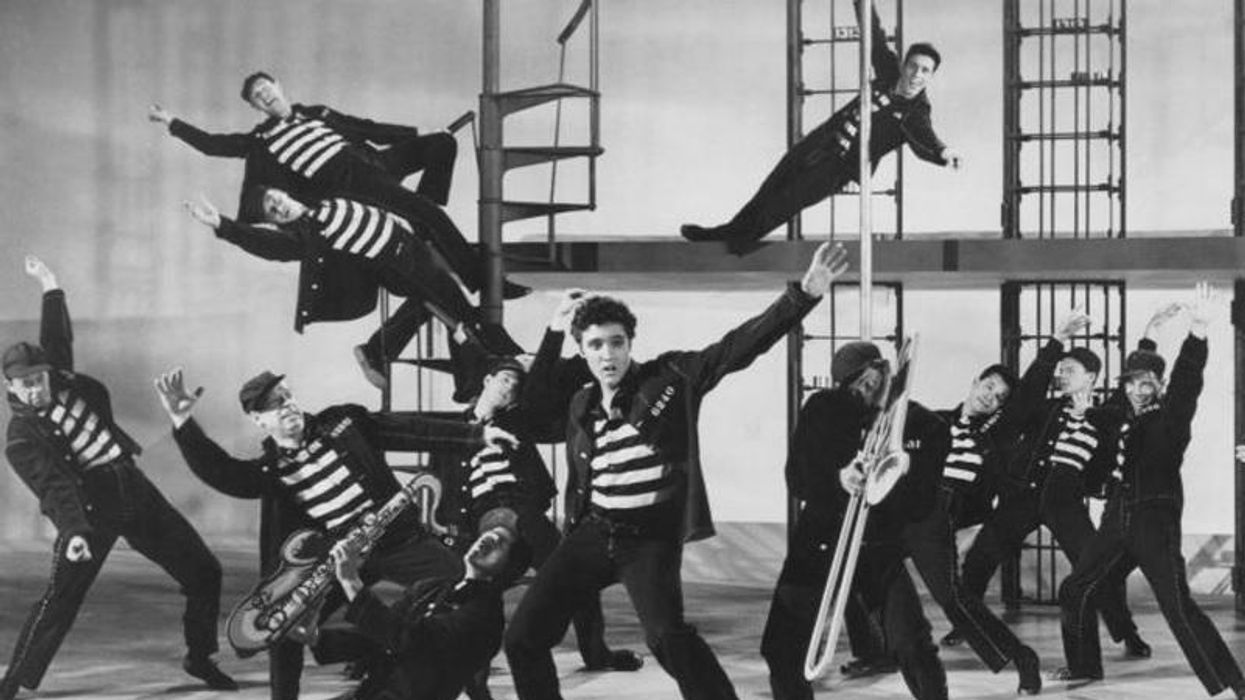 After criminal justice reform advocates pestered it long enough, the Justice Department has done away with a Trump administration legal opinion that would have forced federal convicts released to home detention during the COVID pandemic to go back to prison if the pandemic state of emergency is ever lifted. To be sure, with diagnoses of the Omicron variant soaring, that doesn't seem like much of an issue at the moment, but what if Donald Trump's prediction that the virus would "just go away" actually came to pass? You wouldn't want thousands of people being hit by flying pigs as they returned to prison, now would you?

Politico explains that the

new opinion from the Justice Department’s Office of Legal Counsel meets demands from reformers and lawmakers that officials find a way to allow prisoners who’ve typically been living at home for a year or more under pandemic-related legal authorities to remain at home to serve out the remainder of their sentences.

The US Bureau of Prisons says some 36,000 federal prisoners were granted early release during the pandemic, largely thanks to the first pandemic relief bill, the CARES Act. Most of them have already finished out their sentences at home, but roughly 4,500 still have time to go and might have had to return to federal prisons if the emergency order came to an end.

Based upon a thorough review of the relevant text, structure, purpose, and legislative history—and a careful consideration of BOP’s analysis of its own authority—we conclude that the better reading of [law stuff] and BOP’s preexisting authorities does not require that prisoners in extended home confinement be returned en masse to correctional facilities when the emergency period ends. Even if the statute is considered ambiguous, BOP’s view represents a reasonable reading that should be accorded deference in future litigation challenging its interpretation.

In other words, it was a very careful and deliberate reversal of the previous opinion, not just a crazy impulsive one, under the well-established legal principle of "Oh come ON, don't be STUPID."

disrupt the community connections these prisoners have developed in aid of their eventual reentry. Instead, it allows the agency to use its expertise to recall prisoners only where penologically justified, and avoids a blanket, one-size-fits-all policy.

That seems incredibly reasonable! We can only imagine how some Republican congressional candidate will spin that into proof that Joe Biden is weak on crime.

The American Civil Liberties Union's Udi Ofer said the decision meant that "Thousands of people can now breathe a sigh of relief knowing they will be able to remain in their communities where they have been living and working," and thanked the DOJ, President Joe Biden, and Attorney General Merrick Garland for doing the right thing.

While Biden's at it, Ofer suggested, he could also go ahead and commute the remainder of the remaining prisoners' sentences, to make absolutely certain the decision couldn't be reversed by a future administration, and at the thought of Donald Trump winning in 2024 we just had a heart attack the end.

Yr Wonkette is funded entirely by reader donations. If you can, please give $5 or $10 a month so we can keep bringing you nice times as we turn 'em up!