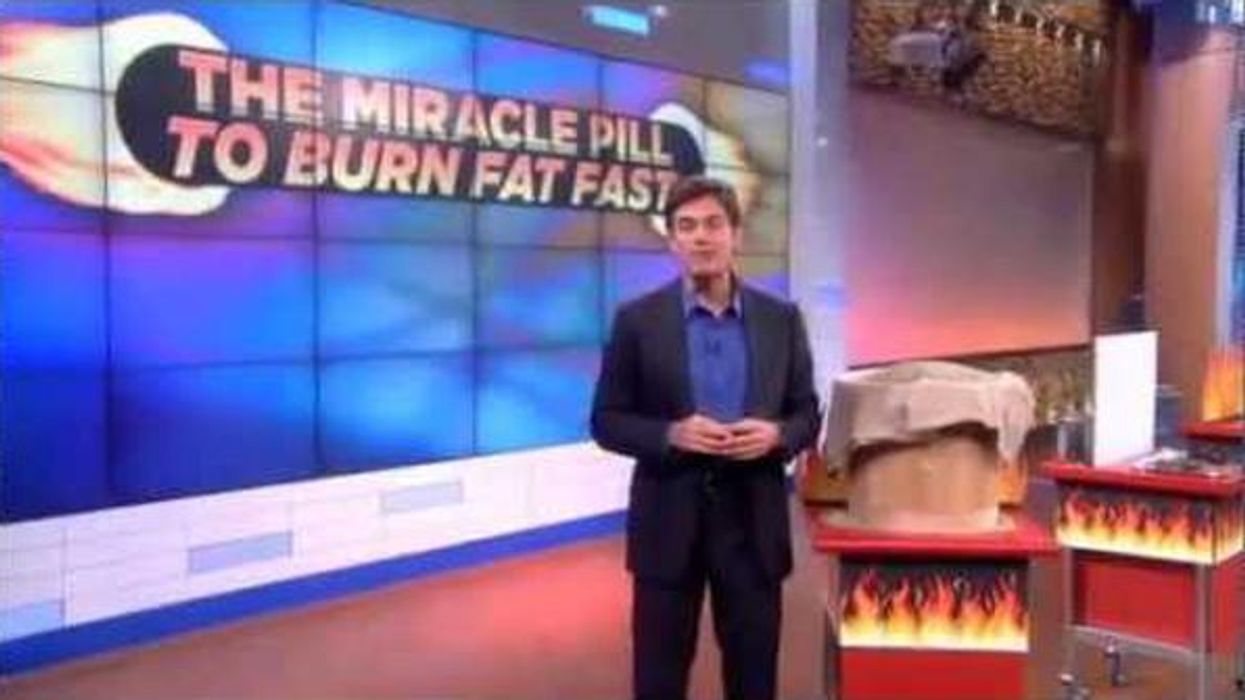 Snake-oil pushier/Pennsylvania Senate hopeful Dr. Mehmet Oz may not have too many qualms about declaring literally every vitamin or extract or food product he runs into to be a "MIRACLE" drug for weight loss or anti-aging, but there are some lines even he just can't cross. Supposedly.

At a fancy dinner for fancy Manhattan Republicans at the Smith & Wollensky steakhouse earlier this month, Oz told attendees — including Rudy Giuliani and Bo Dietl — that he selflessly asked Oprah to not get involved with his Senate campaign in order to protect her from potentially being "hurt."

“I asked her to stay out. Don’t support me because if you get involved in any way, you’ll get hurt and I don’t want my friends hurt,” he said, conveying scenario not entirely unlike the end of Harry and the Hendersons when John Lithgow was all "Go on, get out of here! Can't you see we don't want you anymore?" to Harry because he didn't want him to get caught by Bigfoot hunter Jacques LeFleur.

I mean, I get it. This is exactly why I did not invite Oprah to my last birthday party. It was for her own good, not because I didn't think she'd show up or anything.

Has Dr. Oz's senate run been bad for Oprah? Probably not! Sure, there have been a few people blaming her for making him famous enough to run for Senate, but the same things were said when Marianne Williamson, whose bullshit she also promoted, ran for president and Oprah's still doing fine. After all, she is a fucking billionaire. Oprah does a lot of good, but some increased skepticism about the nonsense she occasionally promotes won't kill her.

Ever since Dr. Oz began his Senate run, there has been increased scrutiny on his sketchy medical claims — like his promotion of hydroxychloroquine during the beginning of the pandemic and his notorious promotion of "green coffee bean extract" as a weight loss miracle (which, you know, it isn't).

Over the years, Dr. Oz, 61, has faced a bipartisan scolding before a Senate committee over claims he made about weight-loss pills, as well as the opposition of some of his physician peers, including a group of 10 doctors who sought his firing from Columbia University’s medical faculty in 2015, arguing that he had “repeatedly shown disdain for science and for evidence-based medicine.” Dr. Oz questioned his critics’ motives and Columbia took no action, saying it did not regulate faculty members’ participation in public discourse.

He has warned parents that apple juice contained unsafe levels of arsenic, advice that the Food and Drug Administration called “irresponsible and misleading.” In 2013, he warned women that carrying cellphones in their bras could cause breast cancer, a claim without scientific merit. In 2014, the British Medical Journal analyzed 80 recommendations on Dr. Oz’s show, and concluded that fewer than half were supported by evidence.

Quite frankly, if anything good comes out of Oz's senate run, it's this. There should be more scrutiny on the claims he makes, because those claims are frequently harmful and shouldn't be brushed aside because everyone sort of expects daytime TV to be a little trashy anyway.

Stephen and I will be back at 3pm EST/12pm pacific to delight you all with a live stream! Hooray!