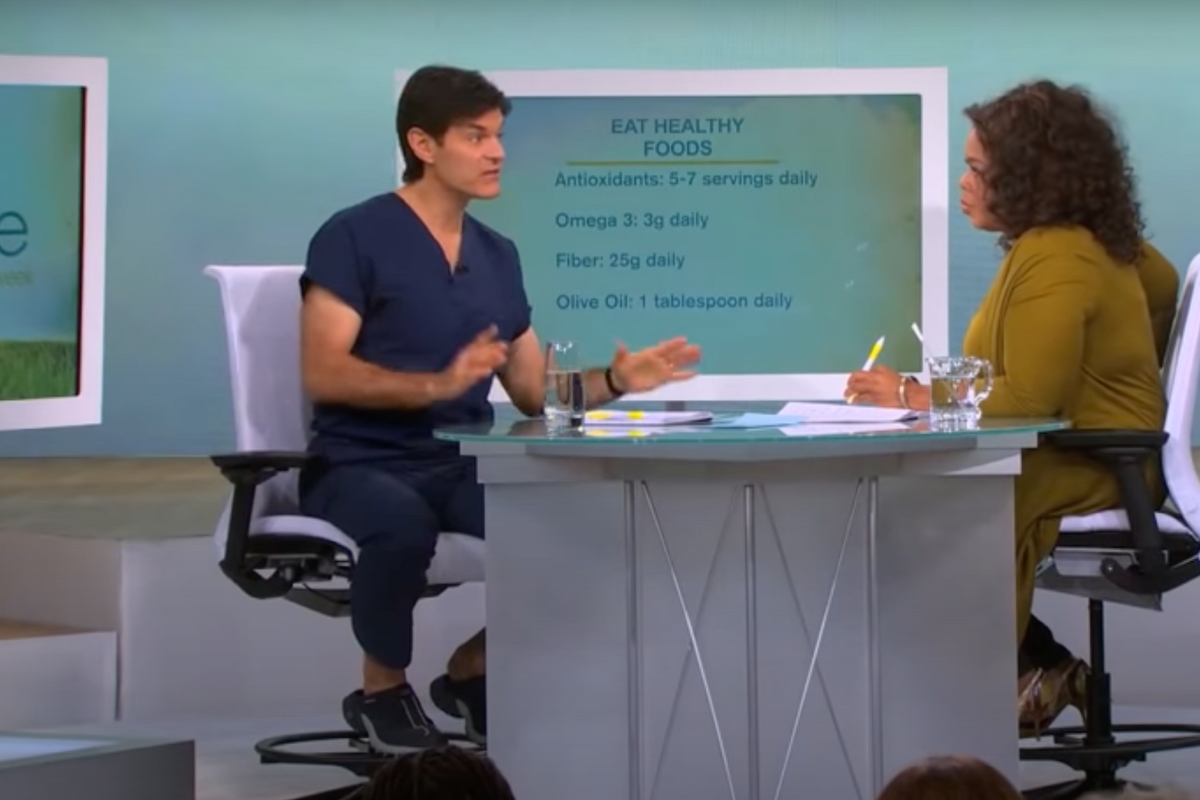 This weekend, we discussed how Mehmet Oz oh-so graciously refused to ask for his former bestie Oprah Winfrey’s help with his US Senate campaign in the great state of Pennsylvania. Oz, who probably has a medical degree from somewhere, owes his fame to Winfrey’s bad judgment (I still love the sister, but damn).

I have one statement for you from Ms. Winfrey. No other comments: "One of the great things about our democracy is that every citizen can decide to run for public office. Mehmet Oz has made that decision. And now it’s up to the residents of Pennsylvania to decide who will represent them.” —Oprah Winfrey.

LOL! Winfrey strongly supports Oz’s right to run for public office, which she assumes is perfectly legal. He’s a citizen, isn’t he? She doesn’t even call him “Dr. Oz” even though he frequently appeared on her show dressed in surgical scrubs. Maybe she thought he was a keyboardist for Prince’s band, the Revolution.

Winfrey’s not perfect. She’s made some mistakes, ranging from Marianne Williamson, Phil McGraw, and the Satanic panic to A Wrinkle In Time, but she’s not going to help elect Republicans. She endorsed Barack Obama and Stacey Abrams.

Oz reportedly told Republican officials and activists at a meeting in Pittsburgh that he thought Winfrey would back him in the general election. This would supposedly happen after he’s fed racist red meat to Republican primary voters. Dude’s either full of himself or stupid enough to genuinely believe the snake oil he pushed on her show.

Nuzzi had trouble reaching Oz for her New York piece. She eventually tried Oz’s wife, Lisa, who thought she worked for the New Yorker. Lisa Oz hung up on Nuzzi, or would have if she understood how phones work. Instead, she ranted to her husband while Nuzzi remained an accidental audience of one.

Dr. and Mrs. Oz did not or could not hear me, and they did not realize that, rather than end the phone call, Lisa Oz had mistakenly connected her device to what sounded like the sound system of a vehicle, meaning that as they engaged in paranoid conversation and argument for more than four minutes, I remained on the line, hearing every word of it.

Jeez, this is a real live Senate race, not an episode of “Veep.” In Oz’s defense, apparently no one talked about grabbing people by the pussy. It’s a slightly classier hot mic until Lisa Oz refers to Nuzzi as “this fucking girl reporter,” which is the working title for my David Mamet-inspired remake of His Girl Friday.

“She’s down at the office,” Dr. Oz said. “Your father called and said there’s a reporter from The New Yorker waiting for me down there who said she had an appointment … We?! We had an appointment to meet today!” He said this last thing with acid sarcasm.

“This fucking girl reporter,” Mrs. Oz said. “This is the girl reporter who broke into some guy’s house and stole all his photo albums.”

Lisa Oz was referring to an unsubstantiated accusation from ex-Donald Trump aide Corey Lewandowski, whom you should never believe about anything. Lisa Oz later called her friends (without Nuzzi on the line) and said “some fucking girl” was “doing a hit piece.” So far, all Nuzzi had asked anyone was “What is Dr. Oz like?” and “What do you think of his decision to run for office?” Regardless, Lisa Oz issued the directive “Don’t fucking talk to her.”