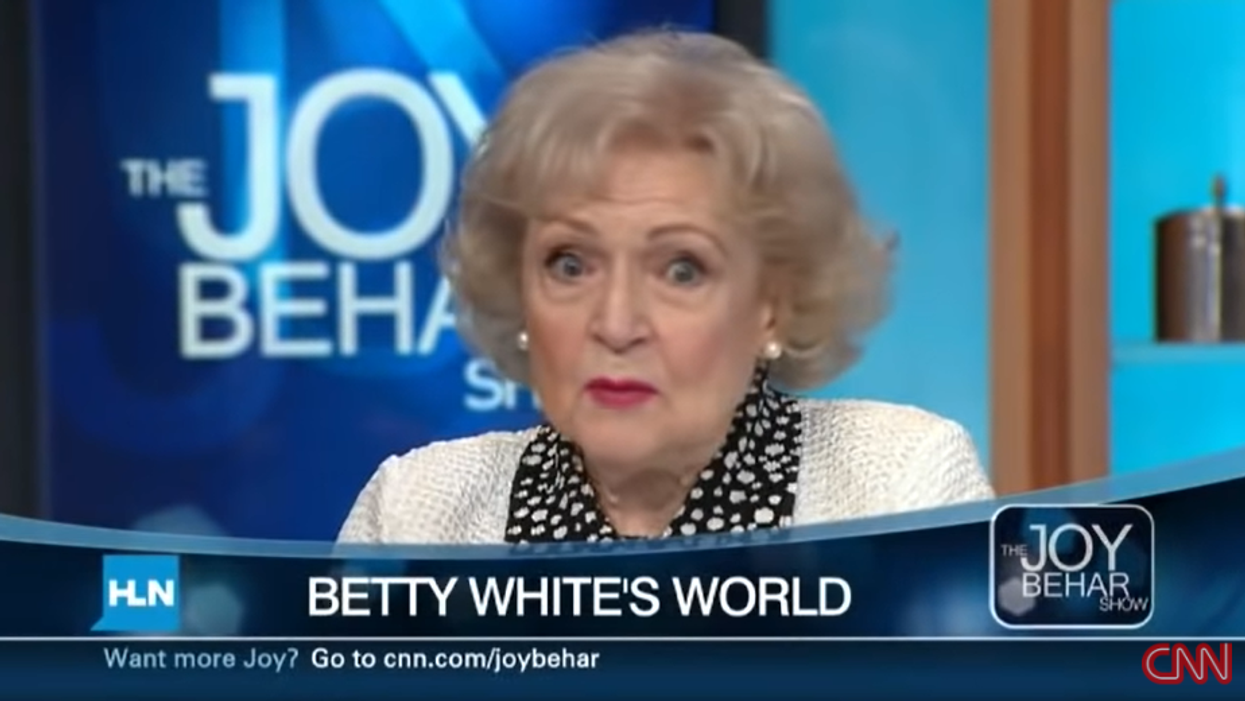 In case you thought anti-vaxxers might be able to STFU about something for once in their sad lives, sorry, you were wrong.

On New Year's Eve, Betty White died at age 99, just weeks shy of her 100th birthday, and everyone agreed she wasn't here on Earth anywhere near long enough. So we shouldn't be surprised that four days later, anti-vaxxers, the absolute dregs of our society, are lying about her death.

Did you all hear that bEtTy whITE dieD oF bOOsTer SHoT? That's what the Associated Press and others are having to debunk right now, because these shithole people are lying and saying she did. We guess they're sharing memes with fake news about White getting a booster shot on December 28, with a fake quote from White that says, "Eat healthy and get all your vaccines. I just got boosted today.” How stupid are anti-vaxxers? Stupid enough to believe that's a quote Betty freaking White would give to the media.

Posters on Twitter and Facebook shared an image containing a quote reading, “‘Eat healthy and get all your vaccines. I just got boosted today.’ - Betty White, Dec. 28th, 2021,” alongside a link to an article in Minnesota news outlet Crow River Media, titled, “Betty White: I’m lucky to still be in good health.”

One post on Twitter shared the fabricated quote with a caption that reads, “Died 3 days later! Coincidence.”

Some users also shared the booster claim without the quote. “Is it true betty white received a booster 12/28?!?” reads one Twitter post.

Wow. Snopes provides a collage of the posts: 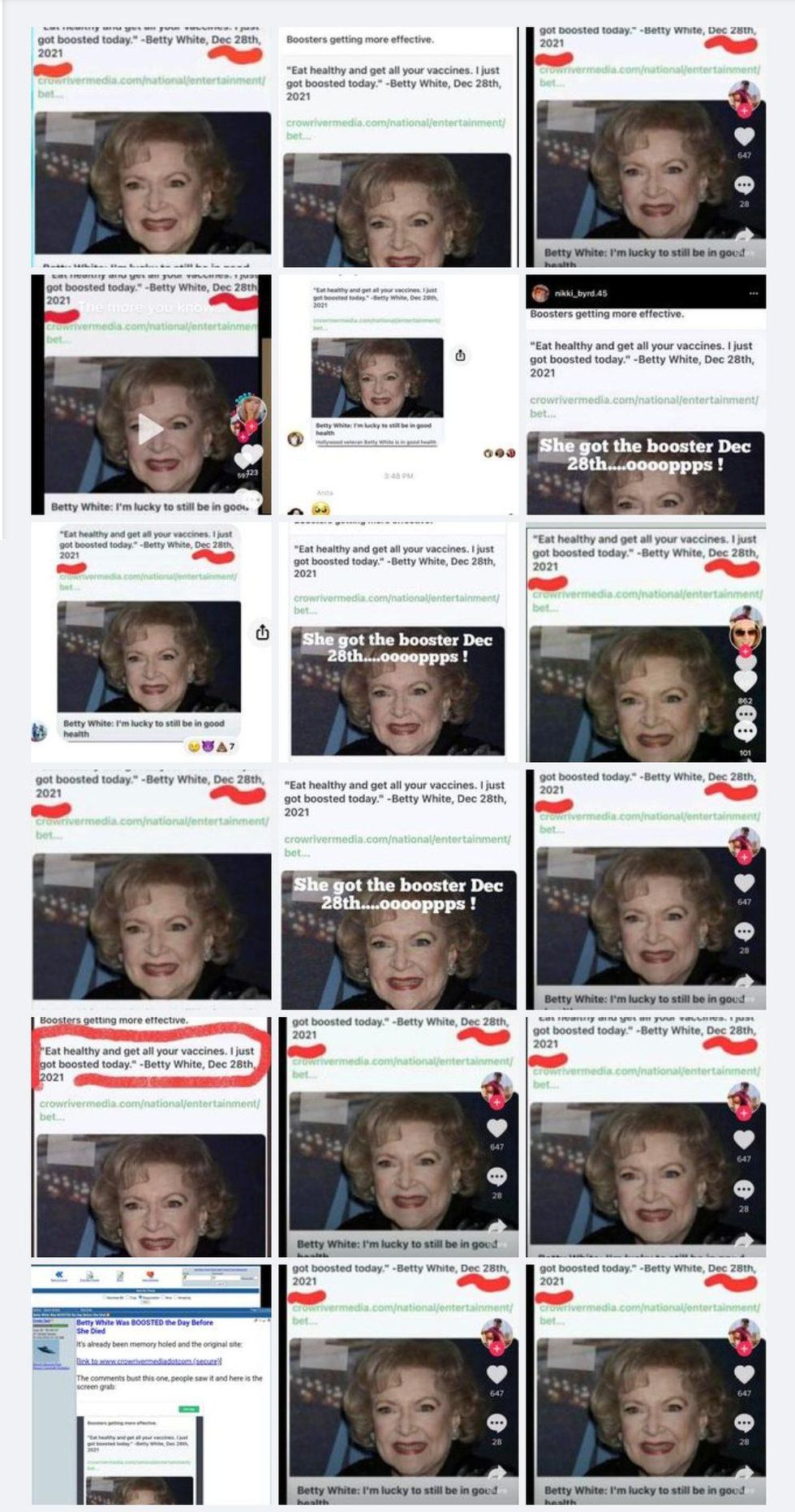 Seriously, how stupid do you have to be?

Of course, White's agent Jeff Witjas confirms that White obviously didn't say anything like that, and he didn't even tell the AP whether she had gotten her vaccine booster. The New York Daily News has more:

He added that he had no idea of White’s vaccination status overall.

“But I do know for a fact that a booster was not involved at all in Betty’s passing,” Witjas told The News. “That seems to be the story out there, and it’s just not true. Betty passed due to natural causes.”

He said she had been “well taken care of” by people who were supremely careful about their shots.

“People can do what they want to do. But they shouldn’t hang it on Betty for any reason. It’s just not right. It’s not her legacy,” Witjas said. “She was never a political person when she lived. I would certainly hate to see her become politicized in passing.”

The AP is having to explain that the article from Crow River Media doesn't include any quotes like that, or anything about COVID vaccine boosters. Rather, it's an article about this article from People that did indeed feature some health and longevity tips from Betty White. Sadly, it was part of all the press that was starting to come out about White's 100th birthday.

And look, like everyone else, we are absolutely heartbroken Betty White died, and we were praying for her to live forever. But you have to be a special kind of damaged batshit to look at a 99-year-old woman dying and immediately suspect foul play.

For those interested, Snopes also has a collection of all the factcheckings and debunkings it had to do about Betty White over the course of her life, including that one ALSO OBVIOUSLY FAKE quote people are STILL SHARING where she allegedly asked why people say "Grow some balls," and recommended that people instead say "Grow a vagina!" because "Those things take a pounding!" Snopes includes White debunking the meme herself, in the Guardian:

"That's what I hate about Facebook and the internet," she sighs. "They can say you said anything. I never would have said that. I'd never say that in a million years."

Know how you can tell Betty White didn't say that stupid meme thing about growing balls and vaginas?

Because it's a really old and overdone and basic joke and it isn't even funny. That's why.