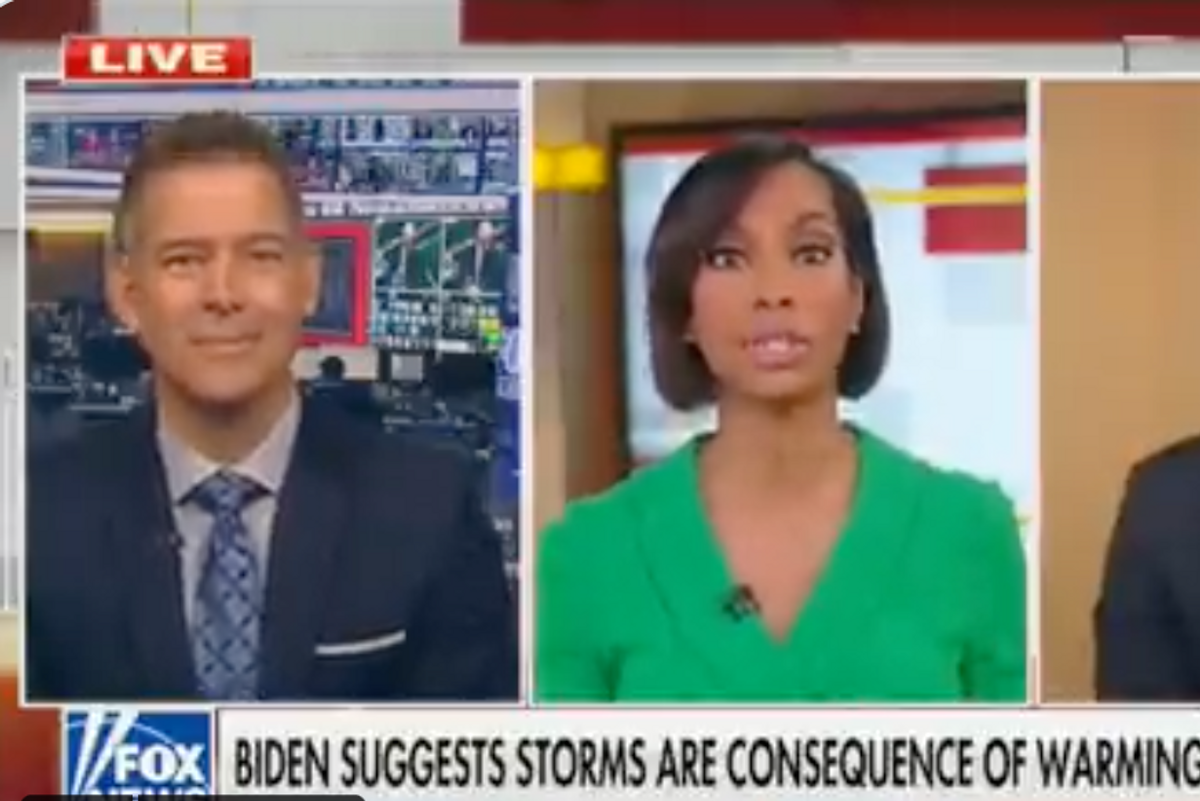 Fox News anchor Harris Faulkner was so mad Monday with “high-profile liberals” who won’t shut up about climate change, especially after completely unrelated tornadoes devastated Kentucky last week, killing at least 74 people. (The death toll is expected to only increase.)

Faulkner criticized FEMA Administrator Deanne Criswell for speaking science so soon after a tragedy. Criswell told CNN’s Jake Tapper that the “the effects that we’re seeing from climate change are the crisis of our generation.” Harris claimed Criswell was playing the blame game instead of saving people. We presume Criswell didn’t consider this a binary choice. It’s not like she refused to offer aid to Kentucky until the state transitioned fully to clean energy.

FAULKNER: High-profile liberals on Twitter are doing the same. One saying it is a direct result of climate change. Actor Mark Ruffalo said this is what #climate catastrophe looks like. The New York Post clapping back at liberals with this headline: “Don’t buy the pseudoscientific-hype about tornadoes and climate change.”

Fox News whines about cancel culture but the network often obsesses over what liberal celebrities post on social media. OK, Mark Ruffalo thinks the Kentucky tornadoes are a climate catastrophe. He’s correct, but he’s also the Hulk, not a sitting member of Congress.

The New York Post also isn’t the world's leading multidisciplinary science journal. You should trust the head of FEMA over whoever writes Post headlines.

.@HARRISFAULKNER ripped FEMA for blaming the devastating weekend tornadoes on climate change.\n\n"There is a time and place to have a broad conversation," the former storm chaser said, but "a few hours after a disaster ... Really, the FEMA administrator, blame before we save?"pic.twitter.com/f2xCgDhlDM
— Mediaite (@Mediaite) 1639414209

Faulkner reassured viewers that she’s all for science when it’s appropriate.

FAULKNER: I love science. I was a storm chaser for eight years in the midwest.

FAULKNER: There is a time and place to have a broad conversation about the past, the present, and the future.

The best time to talk about tornadoes is shortly after they’ve killed a lot people. Otherwise, it’s not the most interesting topic. No one brings up tornadoes in conversation at a random cocktail party. But Republicans don’t want to have this discussion at all. It’s like how they insist no one talk about guns after the latest mass shooting. These are just all random tragedies with no connection to any specific Republican policy.

During his remarks Saturday, President Joe Biden said, “Well, all that I know is that the intensity of the weather across the board has some impact as a consequence of the warming of the planet and the climate change.” But he was going to have the Environmental Protection Agency look further into the issue that’s killing Americans and setting towns on fire. Faulkner blasted Biden for bringing up climate change, which he didn’t do. He’d answered a direct question from the press, but Fox News is not a safe space for facts.

FAULKNER: It wasn’t the first thing he said, but my goodness why even go there politically when you know it divides people and when you can say things like we’re getting every resource there and praying for people.

Climate change is only inherently political because Republicans refuse to accept scientific reality. It’s the same with COVID-19. We can’t mutually work toward solutions because one side refuses to acknowledge the problem. When President Barack Obama gave a speech in Louisiana on the 10th anniversary of Hurricane Katrina, Republican Governor Bobby Jindal publicly demanded that he not mention climate change, as though it’s some divisive fringe theory. Obama ignored him, as that’s the only reasonable response to Bobby Jindal. 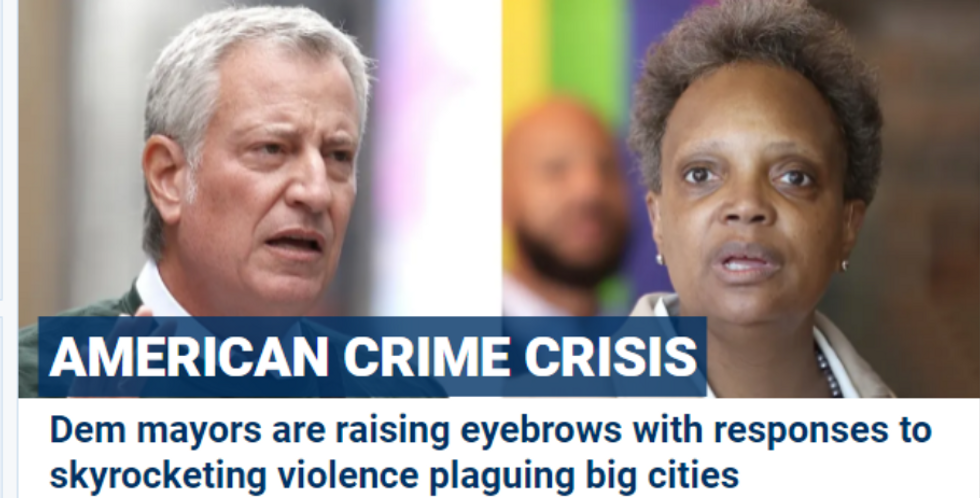 Meanwhile, Fox News has no problem politicizing crime in “Democrat-run” US cities. Republicans don’t suggest postponing a broad conversation about the “past, present, and future” of rising homicide rates. Senator Ted Cruz attacked “radical leftists" and bail reform just hours after innocent people were mowed down at the Waukesha, Wisconsin, Christmas parade. Republicans openly salivated over the political implications during next year’s midterms. Fox News hosts also immediately blamed Democrats after a homeless person set fire to their metal Christmas tree. That was the network’s top story for days.

Somehow I don't think liberals demanding the media stop covering news would get the same result.