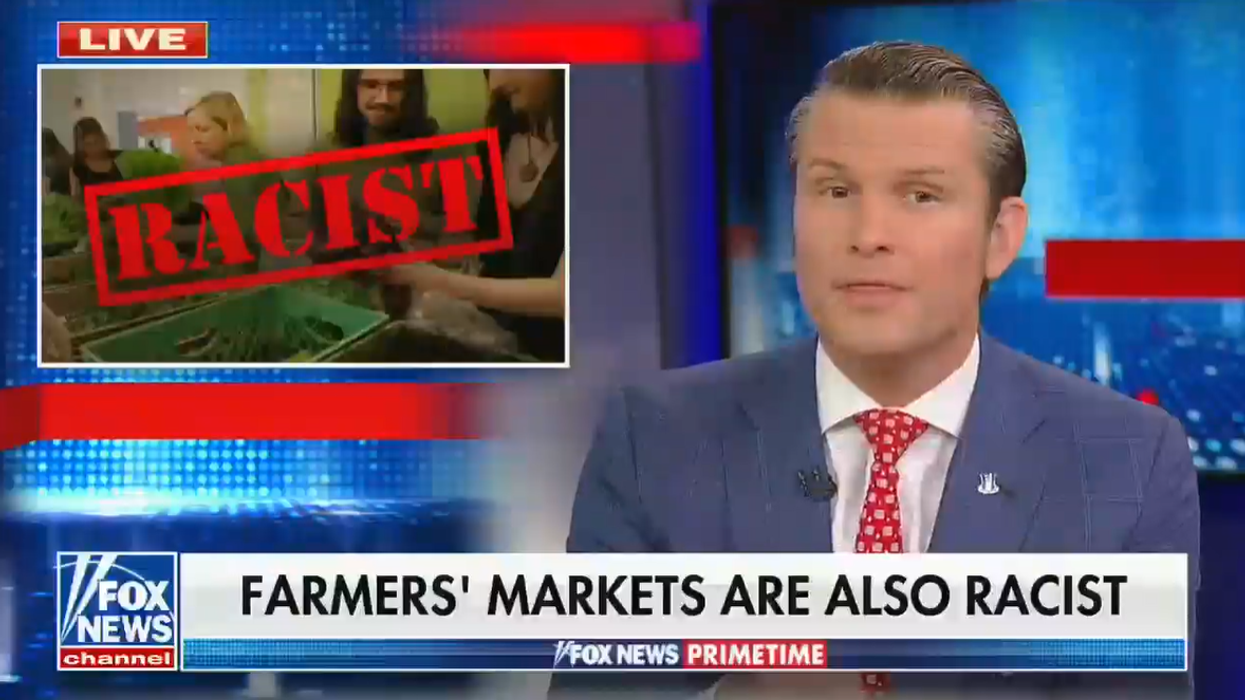 It's more like your Confederate racist shitbag great grandpa's War on Christmas, come to think of it.

Pete Hegseth, the Fox anchor with the poorest hygiene that we know of, explained recently that Black Lives Matter is LITERALLY trying to destroy Christmas. "That's actually not hyperbole," he added, in case you were inclined to think, "Oh, there goes a Fox News white man, shitting his Underoos over Black people again," instead of taking him seriously. He means it. It's not hyperbole.

Hegseth explained, looking as greasy as usual. Media Matters with the transcript, also as usual:

PETE HEGSETH: Well, Black Lives Matter, trying to destroy Christmas as we know it. That's actually not hyperbole. With their new campaign "Dreaming of a Black Christmas," the radical group is calling for a complete boycott of white-owned businesses this holiday season. Doesn't sound racist at all.

Because we know how to look things up for ourselves, we were able to go to the Black Lives Matter website and learn about the Black Christmas campaign, just to see how full of shit Hegseth is. It's so innocuous, if you're not a mouthbreathing white racist. It has sections for #BuildBlack and #BuyBlack and #BankBlack, and it indeed encourages people to spend their money with Black-owned businesses and banks, instead of propping up white supremacist systems.

And if you aren't into the anti-capitalist language on the site, as we imagine Fox News isn't, that's one thing. But we do find it weird that the notion of using your money to support Black-owned businesses over the holiday season qualifies as DESTROY CHRISTMAS AS WE KNOW IT.

HEGSETH: But it's not just white-owned businesses you're not allowed to shop at this year, if you want to buy food for your Christmas dinner, skip the farmers' market. Those are now apparently racist too. According to a webinar, reportedly boosted by Washington State University — because they're examples of white supremacy and white dominant culture.

We don't know what that one is about, but we can't imagine it's based on some random story that Fox is using to scare white people into believing critical race theory is MURDERING ALL FARMERS' MARKETS. Fox News would never do something like that.

Anyway, after Hegseth set it up, he brought on some people to bitch and moan with him about the Blacks. He apologized to Tomi Lahren for saying her name wrong, and then she said whatever canned bullshit she had prepared about how Black Lives Matter is bad. Another guy said some shit — it was his job to talk about the farmers' markets — after Tomi Lahren said her shit.

It is a Fox News clip, it is not news and it is not something new or interesting.

We just wanted you to know the part about how Black Lives Matter is LITERALLY DESTROYING CHRISTMAS and how that is not hyperbole, because that greasy skidmark up there says so.