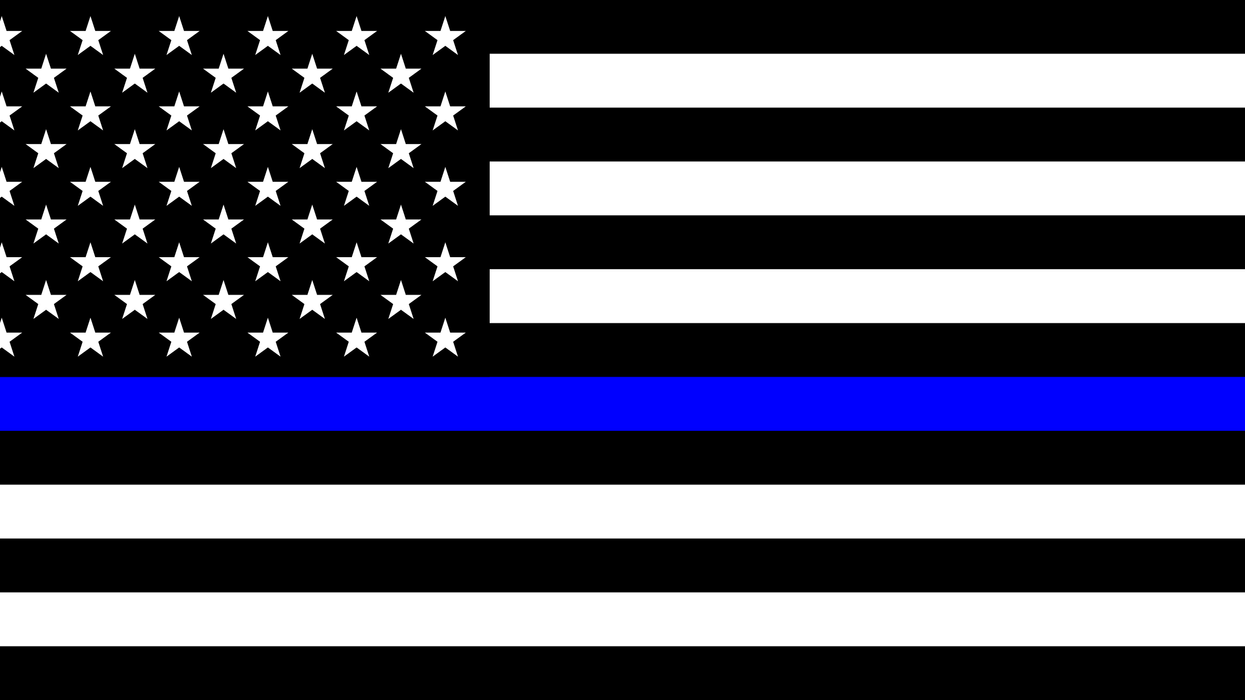 Picture it: A police officer assaults and/or kills an unarmed Black person. Picturing this will require little effort given the frequency with which this occurs. In the discussion following this incident, someone on the Left suggests that, in the event that a police officer is assaulting and/or in the midst of killing someone, it is acceptable to assault said officer to get them to stop.

I think we can safely say that a whole lot of people would be straight-up apoplectic, given the way the Great Nazi Punching Discourse of 2017 played out. The Right, naturally, would get all teary-eyed about everything, and moderate Democrats would be scrambling across CNN and MSNBC for their Sister Souljah moments.

Well, on Monday, someone said just that. Although you probably didn't hear about it, because that person was ... Jim Hoft, the Stupidest Man On The Internet.

On Monday, in an essay seventeen times longer than anything else that has ever been published on Gateway Pundit, Hoft decried both Ted Cruz and Tucker Carlson, because last week, when Carlson was slapping Cruz about for calling the January 6 insurrectionists domestic terrorists, one thing they could agree on is that it's never acceptable to assault a cop. This led Hoft to ask the question: "Dear Ted Cruz and Tucker Carlson, If Police Are Beating an Unconscious Woman with a Baton Until It Breaks Does an Honorable Man Turn Away?"

Now, in most circumstances, we can be sure that Hoft would agree that he would, given the site's endless compassion for murderous police officers like Derek Chauvin and Darren Wilson. Hoft himself was particularly critical of Alexandria Ocasio-Cortez for suggesting that the guilty verdict in Chauvin's case was not real justice, because "justice is George Floyd going home tonight to be with his family. Justice is Adam Toledo getting tucked in tonight by his mother. Justice is when you’re pulled over, there not being a gun in the interaction because you have a headlight out.”

What a wacky thing to say! Alas, when it comes to January 6 participants, Hoft is singing another tune entirely.

Political prisoner Jake Lang is serving time in Washington DC for his actions on January 6.

Jake Lang, a Jewish Trump supporter, has been held without trial and abused in the DC Gitmo for over 330 days.
Jake Lang was trampled when Capitol Police attacked and then without warning pushed Trump supporters down the stairs outside the US Capitol in Washington DC.

Jake, who is a former wrestler, was able to save himself and then he saved Philip Anderson who he pulled to safety.

You may recall that for years and years conservatives have insisted that Black people have nothing to fear from the police, because they won't kill them or hurt them as long as they comply with police orders. Strange how they failed to follow their own advice here.

Hoft also complains that there is video of police officers "viciously beating seniors and women" in the tunnels underneath the Capitol, as he apparently has suddenly developed an aversion to police brutality. The fact that he and others have taken to calling the DC jail where about 40 insurrectionists are being held "DC Gitmo" is also fascinating given the Right's historic great love of Actual Gitmo.

One of the stranger things about post-January 6 America is the way it has suddenly made wingnuts care about issues like cash bail, pretrial detention and police brutality, at least insofar as they apply to Trump supporters. While I firmly believe that we do not, under any circumstances, have to give it to Marjorie Taylor Greene, it is unfortunately worth noting that authorities were perfectly happy ignoring those complaining about the conditions in the DC jail where many of the insurrectionists were being kept until she came along and complained herself. And those people are being kept in the "nice" area.

Greene complained, the mostly white insurrectionists and their lawyers complained, and all of a sudden the US Marshals were on the case. So weird how that happens.

Via The New York Times:

Within days, the U.S. Marshals Service, which oversees federal detainees, opened an inquiry into the jail and soon determined, among other things, that there were sewage and water leaks inside and that corrections officers often antagonized their charges, sometimes withholding food and water for “punitive reasons.” [...]

After a report by the marshals was released, complaints by the riot inmates, if anything, got louder. In late October, a “cry for help” by one of the defendants, Nathan DeGrave, was released on Twitter. It referred to the D.C. jail as “Gitmo” and accused jail officials of subjecting the “Jan 6ers” to “psychological and mental abuse.”

One week later, Greene went to the jail and met with the defendants, later noting that they gather every night before retiring to bed to sing the national anthem. After her inspection, Ms. Greene appeared on a podcast hosted by the former Trump adviser Stephen K. Bannon and declared that conditions in the jail were far worse than those facing homeless people or terrorists.

Well then perhaps Republicans should not have voted for "tough on crime" politicians and whined that prisons are "not supposed to be pleasant" for the last however many decades. Alas, as with both Penthouse letters and most terrible Republican policies, they never thought it would happen to them.

This is far from the first time that the things Republicans have been very upset about are caused by things and people they vote for. Conservatives are regularly furious about the imaginary legions of people getting unfairly fired from their jobs for their political opinions, a problem that could easily be solved by getting rid of at-will employment. Right now, many are decrying COVID vaccines as a nefarious moneymaking ploy by "Big Pharma," and suggesting they just can't trust pharmaceutical companies because they only care about making obscene amounts of money, which Republicans have made it possible for them to do, because price controls would "stifle innovation."

They assumed that these things, like police brutality, would only ever work for them and never against them, or that they would at least hurt the right people enough to make it worth it. Guess it didn't this time.