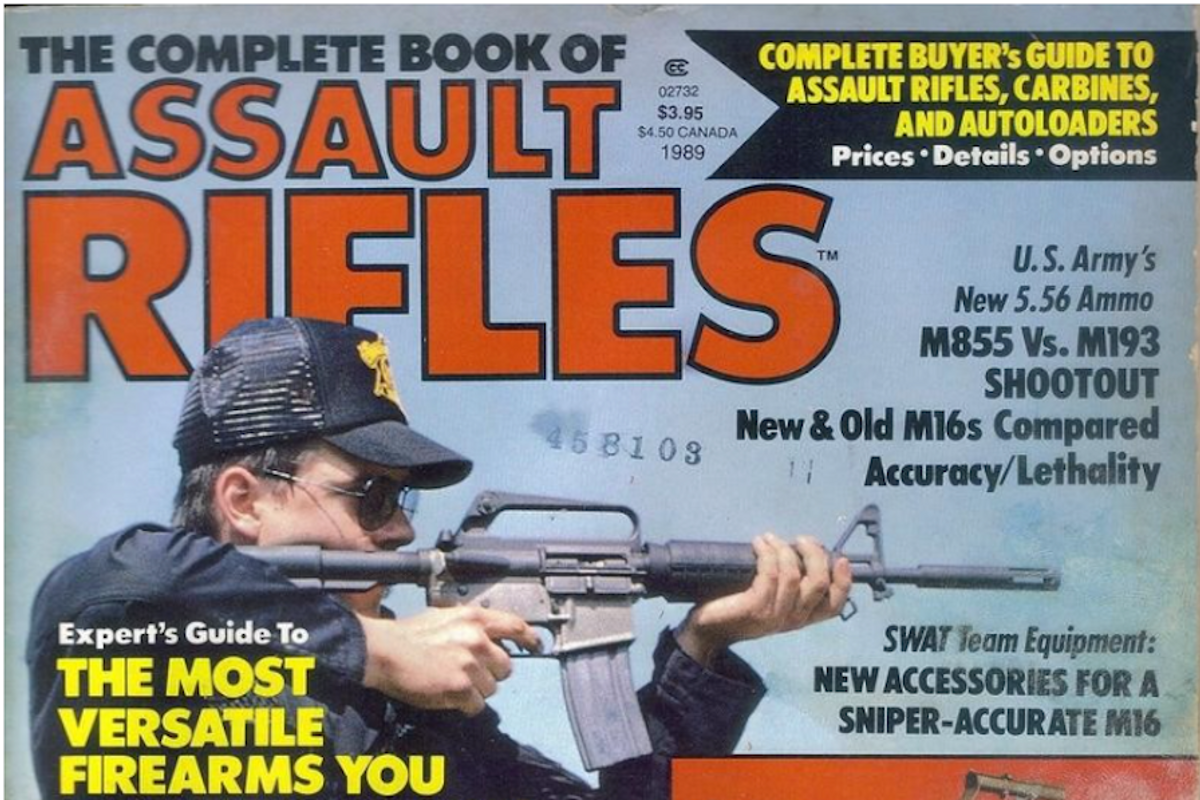 California Governor Gavin Newsom has a great idea. In light of the Supreme Court deciding to let Texas basically ban abortion by allowing people to sue anyone who performs an abortion, drives someone to an abortion or helps to pay for an abortion, etc., he has announced plans to craft a new law doing pretty much the same thing with gun control.

In light of this apparent new rule that states can override Supreme Court decisions through the use of civil lawsuits filed by citizens, Gov. Newsom has decided to use the opportunity to do something that might actually save the lives of some human beings who are currently able to survive outside the womb, tweeting "If TX can ban abortion and endanger lives, CA can ban deadly weapons of war and save lives."

SCOTUS is letting private citizens in Texas sue to stop abortion?!\n\nIf that's the precedent then we'll let Californians sue those who put ghost guns and assault weapons on our streets.\n\nIf TX can ban abortion and endanger lives, CA can ban deadly weapons of war and save lives.https://twitter.com/cagovernor/status/1469865007517089798\u00a0\u2026
— Gavin Newsom (@Gavin Newsom) 1639278143

In an official statement, he said:

I have directed my staff to work with the Legislature and the Attorney General on a bill that would create a right of action allowing private citizens to seek injunctive relief, and statutory damages of at least $10,000 per violation plus costs and attorneys fees, against anyone who manufactures, distributes or sells an assault weapon or ghost gun kit or parts in the State of California. If the most efficient way to keep these devastating weapons off our streets is to add the threat of private lawsuits, we should do just that.

Good. I love this. This is perfect and every single state currently controlled by Democrats should do the exact same thing.

Ever since Texas came up with this nonsense, some of us have been screaming — at least internally — for someone to try the same damn thing with guns. This is not necessarily because it's the best way to crack down on assault weapons and the gun show loophole, but because the Right needs to know that when they pull some bullshit with us, we will pull some bullshit with them right back, and they might not like it.

Generally speaking, I don't like the “people will only push you as far as you let them" shit, because it ignores the fact that power differentials and other factors exist. But in situations where everything else is equal, it applies. Literally no one in Texas passed that law going "Oh, maybe we shouldn't do this because what if they try to do the same thing in other states, but with guns?" because they assumed that no one would have the chutzpah to go through with it.

Even if the Supreme Court tries to claim that this is somehow different, they're going to have a hell of a time doing that and it's going to make them look even more blatantly partisan. As Justice Roberts noted after the decision to let Texas continue enforcing its terrible law “If the legislatures of the several states may, at will, annul the judgments of the courts of the United States, and destroy the rights acquired under those judgments, the Constitution itself becomes a solemn mockery.”

This will give the conservative wing of the court three options. They can retract the Texas decision, thereby making it so California can't pass their version, they can try to only ban California's law, thereby making a mockery of themselves and the Constitution (and making it a hell of a lot easier to justify packing the court), or they can let California's law stand. There's no good option for them, and that's exactly where we want them.

Anyway! Stephen and I will be back around 3:30 for our Sunday live stream, and we hope you will join us! Hooray!