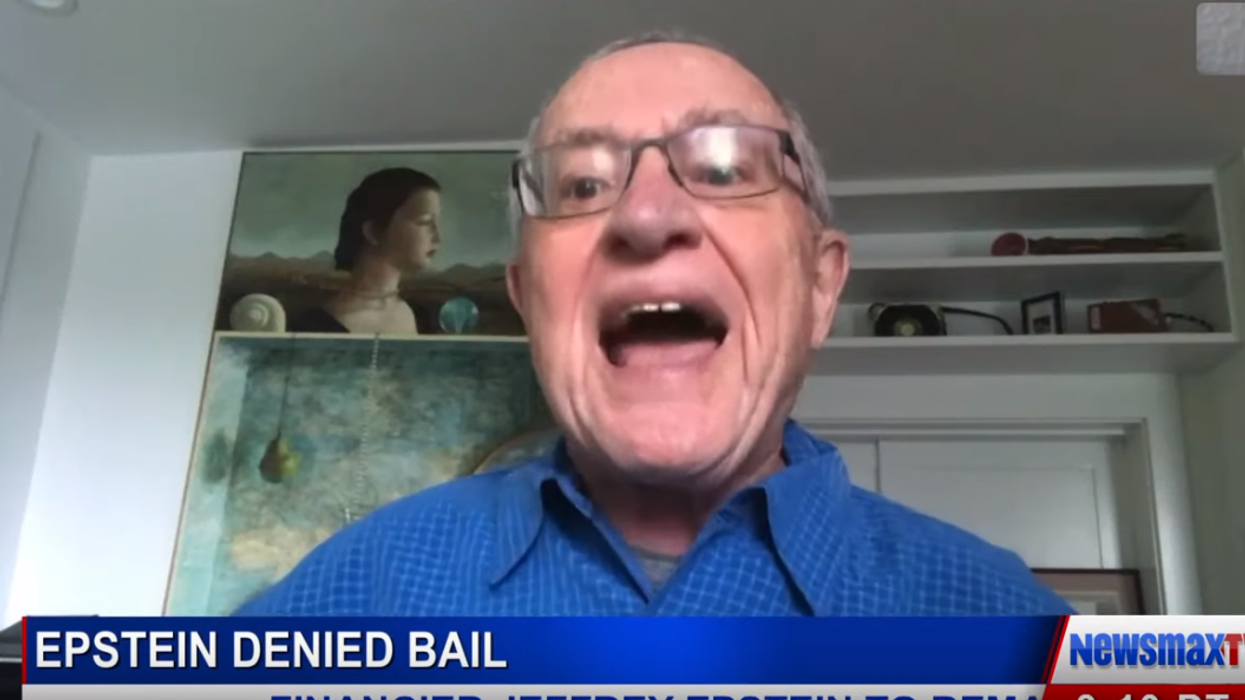 The BBC's comms shop is having a morning. Well, it was, when it was morning in Greenwich Mean Time.

Yeahhhhhhh. In case your browser isn't rendering it, the Beeb would like you to know that "Last night's interview with Alan Dershowitz after the Ghislaine Maxwell verdict did not meet the BBC's editorial standards, as Mr Dershowitz was not a suitable person to interview as an impartial analyst, and we did not make the relevant background clear to our audience."

Is Google still drunk from Boxing Day as is the custom (we are told) in Her Majesty's sacred realm?

Here's how this clusterfuck went down after a jury returned a guilty verdict on five of six counts in the Ghislaine Maxwell trial:

Well, I think the most important thing, particularly for British viewers, is that the government was very careful who it used as witnesses. It did not use as a witness the woman who accused Prince Andrew, accused me, accused many other people, because the government didn't believe she was telling the truth. In fact she, Virginia Giuffre, was mentioned in the trial as somebody who brought young people to Epstein for him to abuse. And so this case does nothing at all to strengthen in any way the case against Prince Andrew. Indeed it weakens the case against Prince Andrew considerably because the government was very selective in who it used. It used only witnesses who they believed were credible, and they deliberately didn't use the main witness, the woman who started the whole investigation, Virginia Giuffre, because ultimately they didn't believe she was telling the truth. They didn't believe that a jury would believe her, and they were right in doing so. So it was very smart on the part of the government.

The most important thing to know is that Virginia Giuffre, who accused Prof. Dershowitz and Prince Andrew of raping her when she was a child, was not called to testify, which means that the government called her a lying liar who lies, according to the rules of evidence Dersh invented in his head when he went off the deep end.

Kinda seems like the BBC bookers coulda done a smidge more research before they put Ol' Dersh on the air to comment on the Maxwell trial. Maybe it's not appropriate to have Jeffrey Epstein's former lawyer, who participated in wangling him a slap on the wrist in 2008 after he was investigated for raping multiple children in Florida, commenting on his alleged accomplice's prosecution for the same conduct? Could be that they should have mentioned that Dersh was accused of assault by Giuffre and Sarah Ransome, another one of Epstein's alleged victims? Or that Giuffre sued Dershowitz for defamation? Or that the lawyer has been engaged in trench warfare with Giuffre's former lawyer David Boies? Or that he wrote an entire book purporting to Zapruder Epstein's flight logs to prove that he was never on Epstein's island with Giuffre? Or that he's currently suing Netflix for tortious editing because it failed to air all eleventy-seven hours of his ranting about Giuffre in a documentary on the case?

Or, most importantly, that he did get a massage at Epstein's house, but it was from a gross old lady and HE KEPT HIS PANTIES ON, DAMMIT because he and his wife have a "perfect, perfect sex life" and he has no need to go elsewhere, you perverts!

Naturally, Dersh thinks there's nothing wrong with having him on to discuss the Maxwell case.

"I commented on the prosecution’s wise decision not to use her as a witness because of her lack of credibility. The media has repeatedly interviewed victims of Epstein’s abuse," he huffed on Twitter. "It is entirely appropriate for the media to interview victims of Giuffre’s false accusations as long as there is full disclosure and no one is misled."

Which may or may not be true as a matter of journalistic best practices, but is entirely irrelevant since there was no disclosure here at all. As Above the Law's Joe Patrice points out, the bookers probably had a limited Rolodex of American law talkers, and they appear to have put Dersh on the air without giving it another thought.

Or, as the BBC promises, "We will look into how this happened."

Yeah, Guv, get right on that.