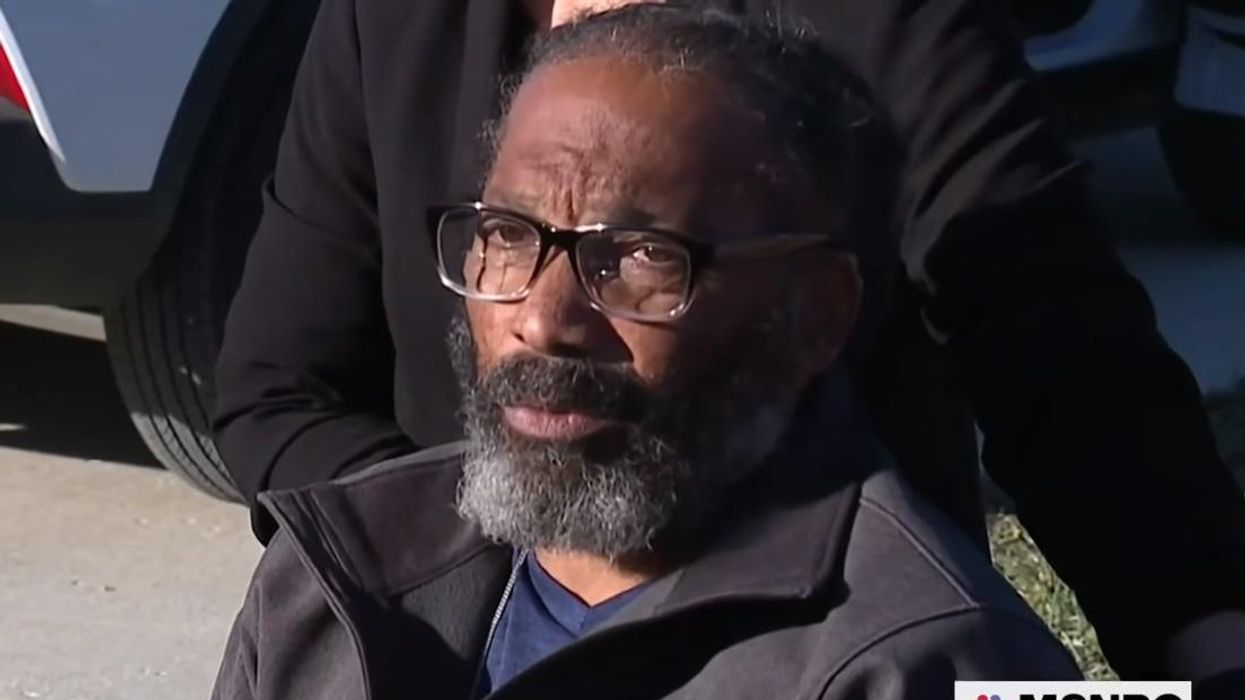 Kevin Strickland, 62, was released from prison yesterday after a court granted a prosecutor's motion to exonerate him in a 1978 triple homicide with which Strickland had nothing to do. Arrested when he was 18 years old and convicted by an all-white jury, Strickland suffered one of the longest prison terms of any innocent convict in US history (that we know of). The exoneration came after the Jackson County prosecutor's office determined earlier this year that Strickland was "factually innocent" of the crime, which in itself is a historic turnaround: You don't often see the same office that sent someone to prison later fight to have that person freed, because prosecutors generally aren't the sort to admit wrongdoing.

There was no physical evidence connecting Strickland to the murders, his family members all testified to support his alibi, and even the two men who admitted to the crime later said Strickland was not there. Both men were sentenced to 20 years and were released long ago.

The sole eyewitness at Strickland's trial — and the only survivor of the shootings that killed three others — recanted her testimony in 2009, saying she had been pressured by police to pick him out of a lineup:

"Just pick Strickland out of the lineup and we'll be done, it will all go away, you can go on and you don't have to worry about these guys no more," Cynthia Douglas recalled to Strickland's legal team.

Strickland, who now needs a wheelchair, told reporters outside the Western Missouri Correctional Center that he learned he would be released Tuesday morning when he saw a news alert scroll across the bottom of the TV screen while he was watching a soap opera. He said that police and prosecutors "knew from Day One that I didn't commit this crime," and when asked his opinion of the US criminal justice system, replied that it "needs to be torn down and redone."

The Kansas City Star noted that among the people gathered to meet Strickland outside the prison were two other men who had also spent decades behind bars in Missouri after false convictions. Robert Nelson was imprisoned for nearly 30 years before his exoneration, and had known Strickland in prison. And Rick Kidd, of Kansas City, was locked up for 23 years for a double murder that he hadn't committed before he was freed in 2019.

In August, Missouri Gov. Mike Parson issued pardons for a number of Missourians, including the fun gun-waving couple who brandished loaded weapons at Black Lives Matter marchers in St. Louis last summer. But Parson said that a pardon for Strickland was not a "priority," even though Jackson County Prosecutor Jean Peters Baker had already issued her office's report calling for Strickland's exoneration in May, and had issued a public apology for her office's actions back during his original prosecution.

In an interview with the Washington Post before he knew the exoneration was finally going to come through, Strickland said there were two places he wanted to see once he's out of prison: the ocean, which he has never seen, and his mother's grave. Even though his exoneration case was well along when she died August 21, Strickland was not allowed a pass to attend her funeral. Now that he's out, visiting her grave is his first priority.

"If we don't stop at the gravesite first, I'm going to get out of the car and I'm going to try to make it there on my hands and knees," Strickland told The Washington Post.

Wonkette is thankful for you. We love you!