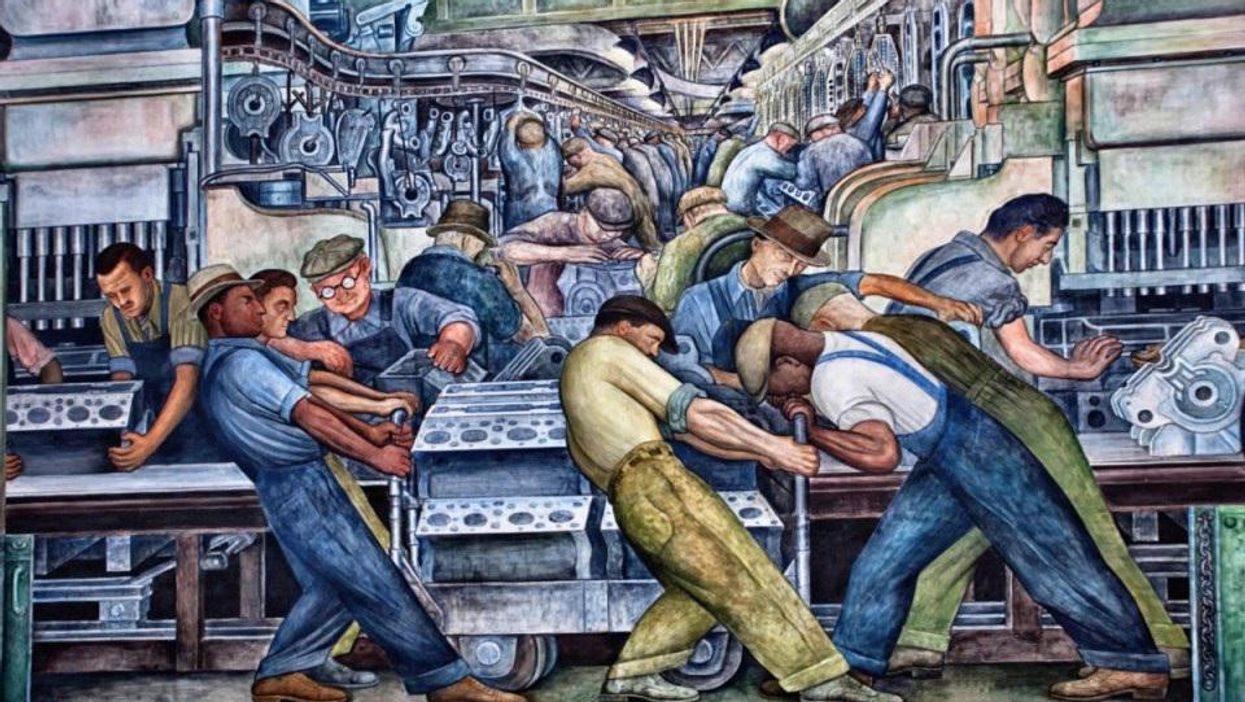 The Labor Department's monthly jobs report is out again, and while the 199,000 new jobs added to the economy in December 2021 fell short of the 422,000 predicted by Dow Jones economists, the unemployment rate for December dropped to 3.9 percent, a bit lower than the Dow Jones forecast of 4.1 percent. (Gaining fewer jobs than expected doesn't seem like it should lead to lower unemployment than expected, but we're not the ones who did the math.) While the US economy still hasn't gained back all the jobs lost when the pandemic hit nearly two years ago, it's worth noting that in general, four percent is what economists consider "full employment."

As for the job numbers not meeting the projection, this is where we remind you once more to remember that in this pandemic economy, all the numbers are weird anyway, especially the monthly jobs numbers, which as we saw last summer are just plain hard to measure outside of normal economic times. When the Bureau of Labor Statistics revises its reports over the next few months, we may find that the economy actually added far more jobs — ADP payroll says it's seen an addition of 800,000 jobs in December — or that yeah, the numbers were about right. Maybe the numbers will even decline!

As just one marker of how difficult it is to make sense of the BLS numbers during the pandemic, look at how the New York Times and the Wall Street Journal covered the new jobs report today. The Times's headline is "The U.S. added 199,000 jobs in December, a weak rise before Omicron’s grip," which sounds scary, while the Journal offers a more staid hed that tries for nuance between the raw jobs number and the low unemployment rate: "Hiring Hit Record Despite December Slowdown," plus a reassuring subhed: "Nonfarm payrolls rose just 199,000 in December, but economists say tight labor market points to steady gains ahead."

So yeah, Pandemic recovery weird, and whoever's holding that glass keeps coughing so we don't know whether it's half empty or half full. Hope they can find a rapid test, poor thing.

Then there's our regular email from the Republicans on the House Ways and Means Committee, proclaiming that, in the opinion of rank member Kevin Brady (R-Texas), "Another disappointing jobs report proves Biden bungled 2021 economy."

Hilariously, while proclaiming the stimulus bill a complete failure, the email doesn't mention the record low unemployment level at all.

Perhaps Rep. Brady should take a look at the analysis from the Journal's actual economic reporters, and try to remember to breathe. Trends good! Omicron a concern, but strong fundamentals:

Hiring slowed in December in a sign the economic recovery was moderating ahead of disruptions from the Omicron variant of Covid-19, though declining unemployment and robust wage growth indicate employers are poised to steadily add jobs this year. [...]

The labor market, while still recovering from the pandemic, is entering the year on much stronger footing than it did in 2021. In recent months, job openings surged to historically high levels and workers quit their jobs at record rates.

Retailers and manufacturers are close to fully recovering losses from early in the pandemic. Leisure and hospitality employers, which were hit particularly hard, have made strides since last January but are still 7% below pre-pandemic payrolls levels.

OMG, the Wall Street Journal must be full of socialists! The stats also show that, following the incredible loss of 40 million jobs in the early months of the pandemic, the economy is steadily gaining them back, although still 3.6 million jobs short of the number in March 2020.

Also, we're certain the GOP can find a way to spin this as absolutely terrible news: As the Journal points out, the tight labor markets means wages are continuing to rise, with average hourly wages up 4.7 percent in December compared to December 2020, and wage growth steadily better than the three percent wage growth before the pandemic. The horror. The horror.

Oh look, the Journal, grasping at straws to suggest the Biden economy isn't in freefall, even found a very optimistic economist at a hiring firm:

“The economy right now is in a good spot and is resilient enough to withstand this Covid surge,” said Julia Pollak, economist at jobs website ZipRecruiter. “We just expect the year to bring a more moderate, sustainable pace of recovery and growth.”

That sounds just terrible! Quick, somebody find a new thing in public schools to freak out about! Maybe kids who get free lunches even though their parents have color TVs.

Yr Wonkette is supported entirely by reader donations. If you can, please give $5 or $10 a month so we can keep this little mommyblog sailing right along through the utter devastation of this steady economic recovery.