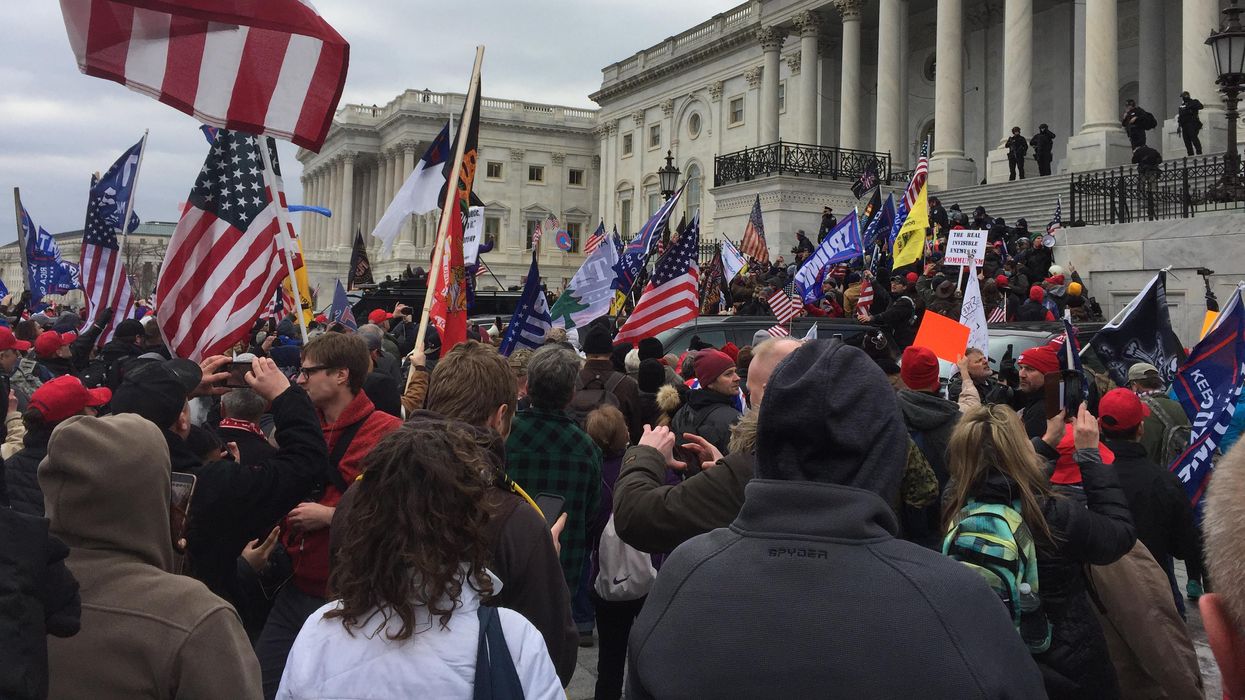 This morning, the Justice Department announced the creation of a new Domestic Terrorism Unit housed in the National Security Division. Testifying before the Senate Judiciary Committee, Assistant Attorney General Matthew Olsen described the new program with lawyers dedicated specifically to countering our own homegrown radicals.

"We face an elevated threat from domestic violent extremists — that is, individuals in the United States who seek to commit violent criminal acts in furtherance of domestic social or political goals," Olsen said. "Domestic violent extremists are often motivated by a mix of ideologies and personal grievances. We have seen a growing threat from those who are motivated by racial animus, as well as those who ascribe to extremist anti-government and anti-authority ideologies."

“This group of dedicated attorneys will focus on the domestic terrorism threat, helping to ensure that these cases are handled properly and effectively coordinated across the Department of Justice and across the country,” Olsen added later.

What a difference a president makes! On the heels of the anniversary of the Capitol Riot, the country is no longer led by someone who tells the Proud Boys to "stand back and stand by." And the Justice Department isn't helmed by someone who fantasizes about planeloads of Antifa supersoldiers flying around the country in formation ready to fuck shit up.

Of course we're still stuck with the GOP, who are sure that the real problem is Black Lives Matter protestors burning down America. Senator Chuck Grassley of Iowa opened the hearing by shouting inanities about seeing Joe Biden in the closet with looters making babies and one of the babies looked at him.

"Last summer, President Biden released a domestic terrorism strategy that made no mention of the 2020 riots, though they comprise about a fifth to a quarter of the FBI’s current domestic terrorism cases," he ranted. "There was almost no mention of leftwing terrorism at all. Further, the president’s strategy suggested that partisan policies of gun control and teaching critical race theory were part of the solution."

He appeared to be trying to prove that President Joe Biden and his fellow Democrats aren't taking seriously the threat of violent protests and/or crime in general by citing the thousands of arrests by local and federal law enforcement agencies, hundreds of domestic terrorism investigations undertaken by the FBI, and anti-crime initiatives by mayors in New York, Chicago, and San Francisco. It's a wonder they have time, what with their mandatory daily critical race theory training!

Grassley also suggested that Democrats were to blame for leaving the Capitol unguarded, because Mayor Muriel Bowser rejected the Trump administration's generous offer to do for DC what they did for Portland, i.e. make a bad situation worse by teargassing mothers and snatching people up off the street without probable cause.

Funny, we heard that the Trump administration was in charge of both the DOJ and Defense Department in January of 2021, and the civilian leadership was so worried that Trump would deploy the army in a desperate attempt to stay in power that they refused to let troops anywhere near the Capitol for several hours. So perhaps Mr. Grassley shouldn't quibble about who at the White House coordinated with which mob of domestic terrorists seeking to overthrow the government.

Set your watch for 10 minutes from now, when Ted Cruz and Josh Hawley will claim that the new domestic terrorism squad is arresting parents at school board meetings for the crime of "freedom."

In summary and in conclusion, GOOD. It's about bloody time the government started treating these violent lunatics like the domestic terrorists that they are.