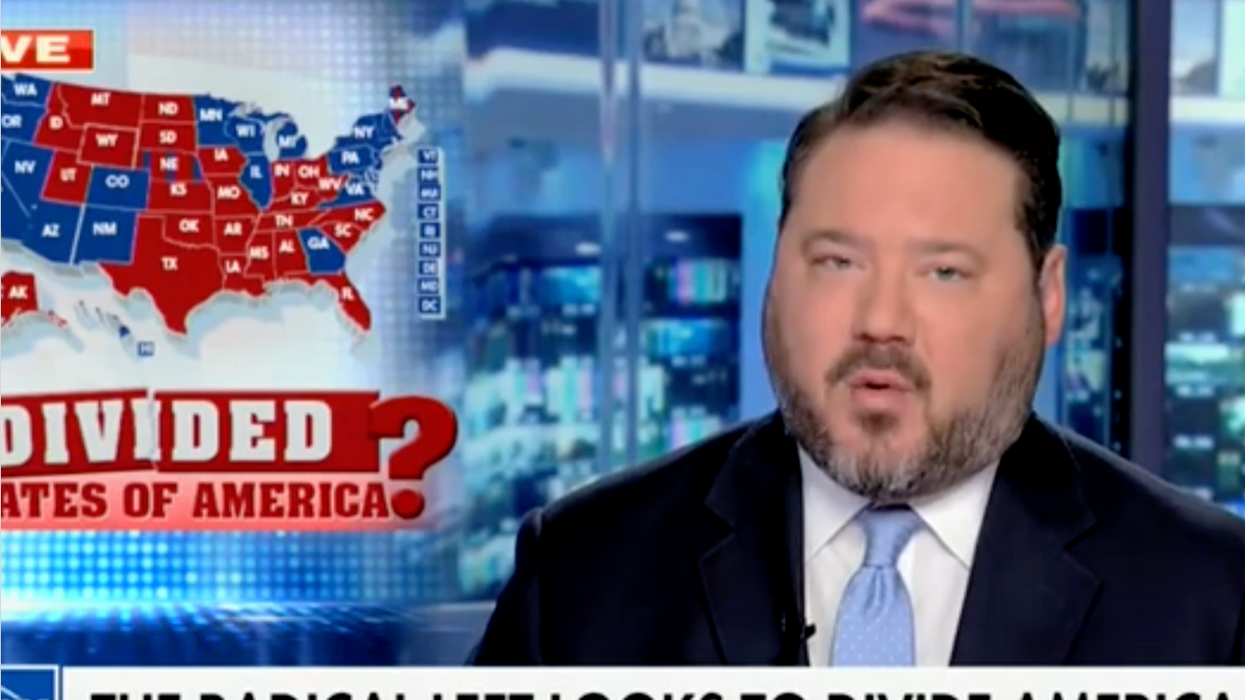 “The left is so intolerant!” Republicans lament, in between attempts to disenfranchise minorities and violently overthrow the government. New polling data from this Axios article, "Young Dems More Likely To Despise The Other Party,” would seem to prove their point. Why, the headline alone reeks of intolerance!

Let’s look at the numbers and wonder why young Democrats aren’t as openminded as the guys at Turning Point USA.

5% of Republicans said they wouldn't be friends with someone from the opposite party, compared to 37% of Democrats.

Lawyer Sarah Isgur tweeted that “this doesn’t bode well.” However, she’s a former Department of Justice spokesperson who defended Donald Trump’s family separation policy and Muslim ban, so who cares what she thinks. Maybe young Democrats prefer friends who don’t fold to fascism.

This statistic is kind of bullshit anyway. We’re supposed to believe that 95 percent of Republicans want to hang out with pedophiles and woke socialists who want to set fire to America and turn all children into drag queens? Of course, conservatives have always been good at singling out the so-called “good ones.” If they have a handful or even just one friend who’s a liberal or a minority, that justifies their actions against everyone who’s not one of the “good ones.” The Lauren Boeberts of America (and there are unfortunately many) probably joke about the “Jihad Squad” while insisting they aren’t racist because they had coffee one time with a Muslim coworker.

The Doctor put it best:

Every now and then a little victim’s spared because she smiled, ’cause he’s got freckles. ‘Cause they begged. And that’s how you live with yourself. That’s how you slaughter millions. Because once in awhile — on a whim, if the wind’s in the right direction— you happen to be kind.

Liberals aspire to a more meaningful kindness. They recognize the humanity of people outside their “in” group. They don’t have to personally meet a Black person to realize that the police shouldn’t randomly kill us. Liberals don’t need to have drinks with schoolteachers to understand they aren’t deliberately brainwashing children with critical race theory.

The overwhelming majority of Republicans are white and don’t believe in systemic racism, so they probably can’t grasp that some minorities are friendly to them because it’s in our best interest. We put up with a lot of crap, especially in the workplace, and choose our battles wisely. Social media has altered this dynamic somewhat. People can see what others really think. I recall a friend posting on Facebook about George Zimmerman's acquittal, and her white coworker responding with dismay that her longtime coworker (and supposed “friend”) was being so “divisive, like Obama.”

Let’s look some more at these polling numbers:

71% of Democrats wouldn't go on a date with someone with opposing views, versus 31% of Republicans.

41% of women would go on a date with someone who voted for the opposing candidate, compared to 67% of men.

Maybe Republicans think that a relationship can survive if a couple’s only shared value is a love of Marvel movies. Republicans must think a lot of themselves if they assume Democrats are obligated to date people who consider it overly “woke virtue-signaling” to wear a mask and use someone’s preferred pronouns.

Women apparently are "more likely than men to take a strong partisan stance in their personal choices.” Good for them. Men who post their ideal age range on dating sites as "18 to 29" can’t really judge women who refuse to date men who think their wombs belong to the state. Historically, white men didn’t hesitate to have sex with the women they were oppressing. This also included enslaved Black women.

30% of Democrats — and 7% of Republicans — wouldn't work for someone who voted differently from them.

Gee, Republicans are OK with working for people who have no expressed interest in discriminating against them, but Democrats (many of whom are members of marginalized groups) would prefer that prospective employers recognize their humanity. Why are we woke commies so damn divisive?