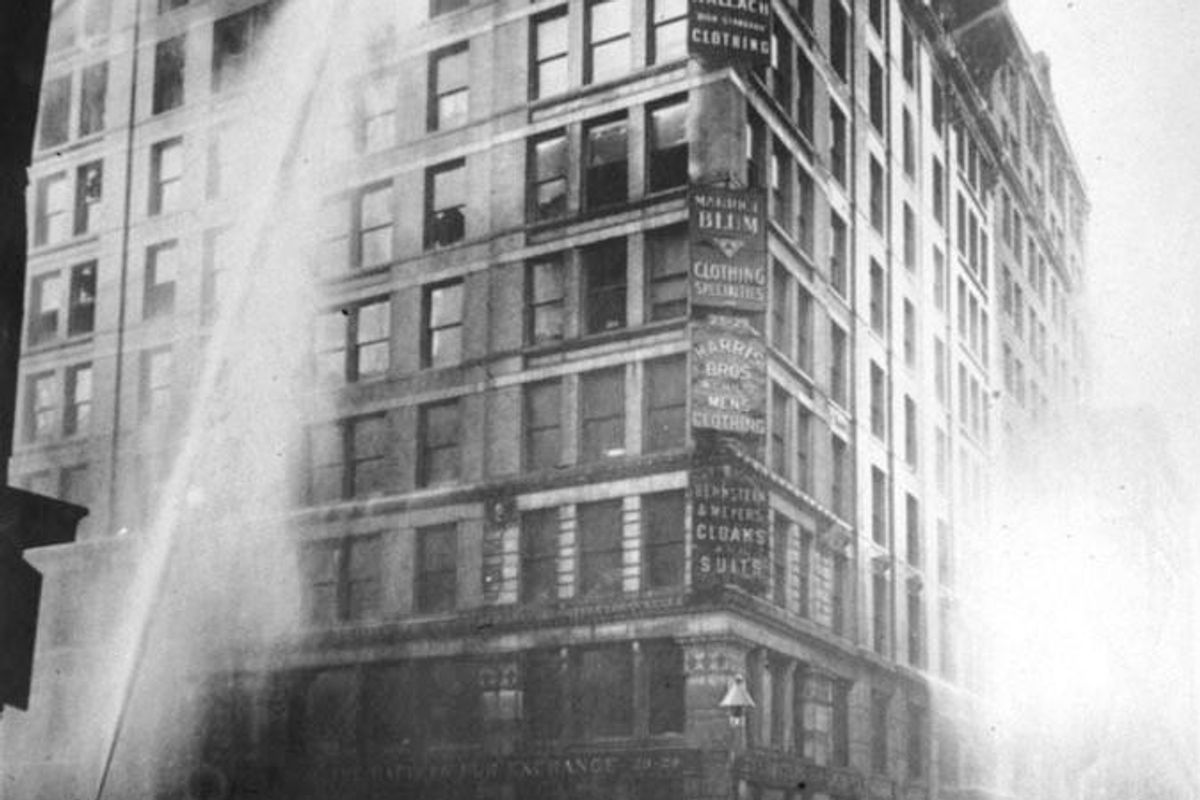 We all know the story. One-hundred ten years ago, in 1911, a fire flared up in a scrap bin at the Triangle Shirtwaist Factory in Greenwich Village, New York. One-hundred forty-six workers, mostly Jewish and Italian immigrants, some as young as 14, died that day, as a result of burning to death, smoke inhalation, or jumping out windows to escape.

Many of those deaths were preventable. They might have been able to escape were it not for the fact that the owners of the factory had locked the doors to the stairwell, to prevent workers from taking unauthorized bathroom breaks during the workday.

On Friday, six Amazon workers were killed and many others were injured when the company's facility in Edwardsville, Illinois, collapsed after being hit by a deadly tornado. Similarly unsafe labor practices may be to blame.

The workers were required to come in and stay there despite the tornado warning. Employees say they were not allowed to have their phones on the floor — for fear they might decrease productivity — which meant they didn't have any way of staying up to date on incoming disaster or preparing accordingly (Amazon denies this). The facility itself, despite being in an area known for having a high rate of tornados, did not have a basement where workers could take shelter until it passed. The best they could do was to hide in bathrooms.

In light of the fact that these conditions may have contributed to the casualties, Stuart Appelbaum, President of the Retail, Wholesale and Department Store Union (RWDSU) issued a statement on Saturday (at the time only two workers had been confirmed dead):

Time and time again Amazon puts its bottom line above the lives of its employees. Requiring workers to work through such a major tornado warning event as this was inexcusable. At least two workers will never be going home to their families, and countless others continue to be trapped beneath the rubble of the Amazon warehouse in Edwardsville, Illinois. This is another outrageous example of the company putting profits over the health and safety of their workers, and we cannot stand for this. Amazon cannot continue to be let off the hook for putting hard working people's lives at risk. Our union will not back down until Amazon is held accountable for these and so many more dangerous labor practices.

It took Amazon founder Jeff Bezos until 9 p.m. on Saturday to address the collapse and the deaths, as he was far too busy posting about his vanity trip to space on Instagram. 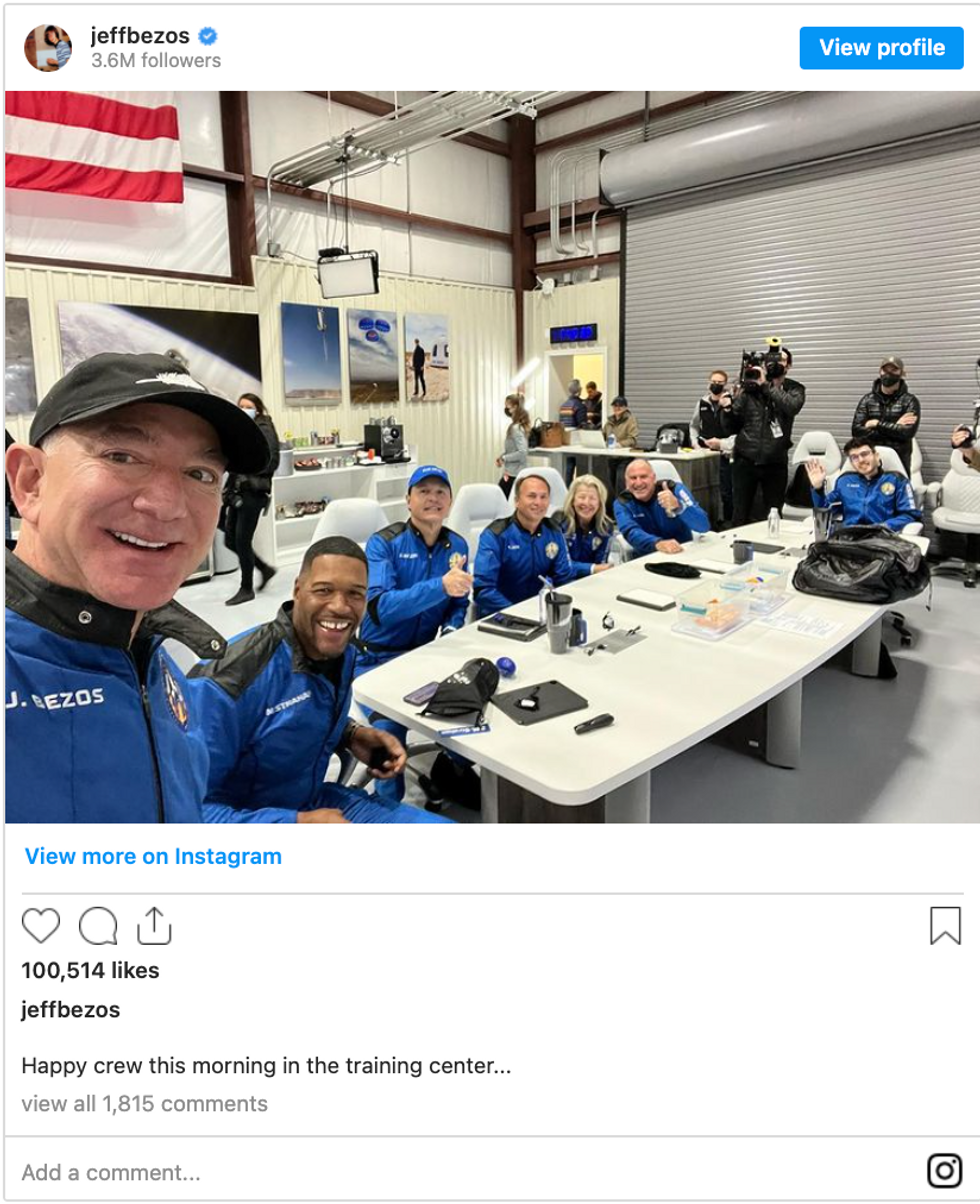 One of the Amazon workers killed in the collapse had actually been able to text his girlfriend, letting her know the company was not planning on letting them leave until the tornado was over. He would have had enough time to get home had they allowed him to.

“I got text messages from him. He always tells me when he is filling up the Amazon truck when he is getting ready to go back…I was like ‘ OK, I love you.’ He’s like, ‘well Amazon won’t let me leave until after the storm blows over,’” his girlfriend of 13 years, Cherie Jones, told The Post on Sunday.

She said the text was sent around 8:23 p.m., 16 minutes before the tornado reportedly touched down at 8:39. The couple lived in nearby Collinsville, which Jones said is about 13 minutes away from the warehouse.

“I messaged him and that was the last text message I got from him,” she said. “I told him where we live, it was only lightning at the time. After that, I got nothing from him.”

It's hard to be sure in these situations, but damn. Imagine having to wonder about that for the rest of your life.

Things had not been all hunky dory with the Triangle Shirtwaist Factory before the fire, and it had not gone unnoticed. Two years prior, a walkout led by several workers at the factory had spurred the New York Shirtwaist Strike of 1909, also known as the Uprising of 20,000, because 20,000 mostly female garment workers went on strike. In 1910, the International Ladies Garment Workers Union (of which the Triangle Shirtwaist workers were not members) negotiated an end to the strike, which included an agreement that there would be improvements to wages and safety conditions. The owners of the Triangle Shirtwaist Factory, Max Blanck and Isaac Harris, refused to sign the agreement, preferring to instead keep paying their workers next to nothing to work in obviously unsafe conditions.

And then, a year later, fire.

We know what came after that, as well. Well, at least those of us who don't just straight-up write anyone who wasn't a white man out of labor history know, anyway. The ILGWU grew, and more and more workers became radicalized and unionized because no one ever wanted to see something like that happen again. 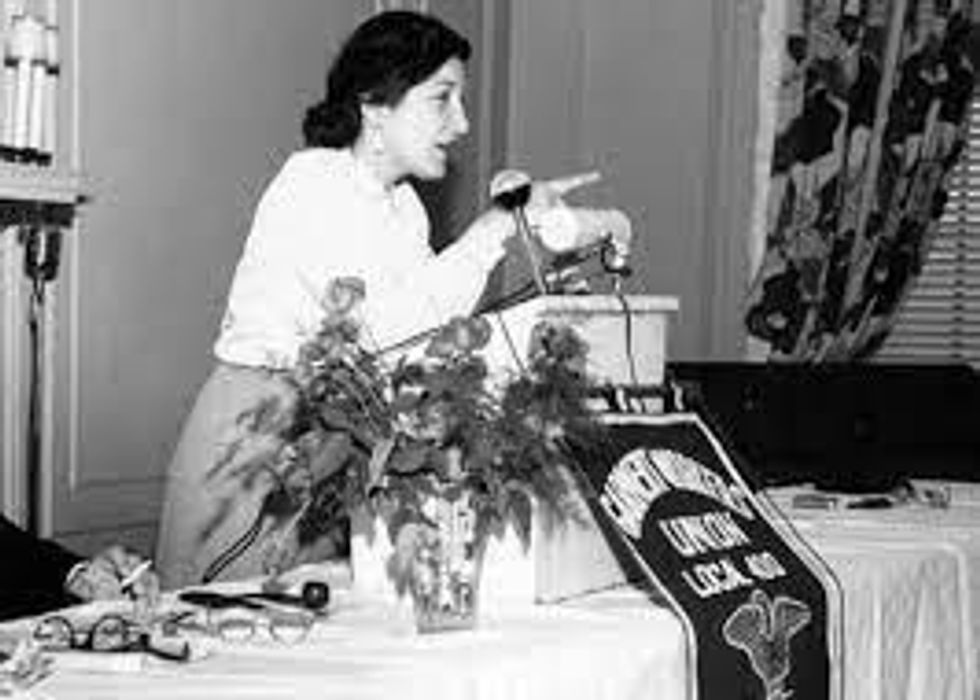 Angela Bambace, a personal hero of mine and the first Italian woman to be vice-president of the ILGWU

There are more than a few parallels here. We are at the dawn of a new labor movement, of which Amazon has frequently been a target, in particular for its tendency to try to increase productivity by making it difficult for people to go to the bathroom. There have been attempts to unionize, but they have failed, and for reasons that do not seem to be entirely on the level.

It is very likely that, like Max Blanck (who never learned his lesson and was later fined for locking his employees in during work hours in 1913) and Isaac Harris, Amazon will not be found guilty of any actual wrongdoing or responsibility. It is also likely that, like the workers of 1911, the workers of 2021 will become a bit more radicalized and a bit less interested in putting their lives on the line for low pay and crappy working conditions.