At the end of every school year growing up, my mom would always give my teachers a nice little appreciation gift — a mug featuring the Robert Fulgham quote, "It will be a great day when our schools have all the money they need, and our air force has to have a bake-sale to buy a bomber," from the same catalog where she got all of our "Question Authority" and "You Can't Hug Your Children With Nuclear Arms" T-shirts. 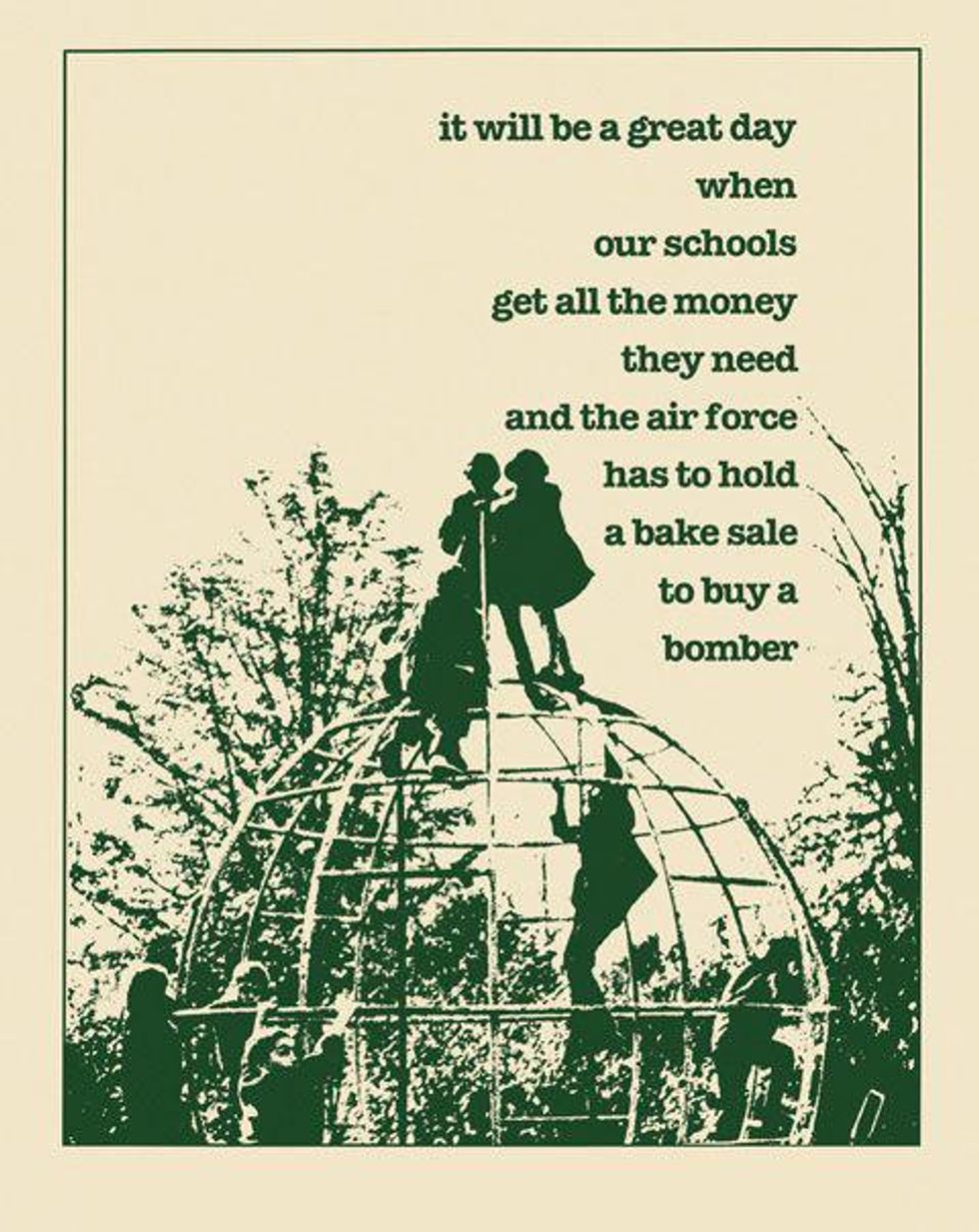 There was a time when that seemed at least something like a big "gotcha!" Because wow, it sure does suck that we have to spend over half of our entire federal budget on the military while school teachers are supposed to bake brownies in hopes of raising enough money to cover their school supplies. Or buy those supplies themselves — last year, the average teacher spent $750 of their own money on school supplies.

That might explain why a group of South Dakota teachers were excited to participate in a freakishly demeaning stunt in which they scrambled for cash on the floor of a hockey rink, to the delight of onlookers in the audience.

The local newspaper the Argus Leader reported $5,000 (£3,770) in single dollar bills were laid out on the ice skating rink during the Sioux Falls Stampede hockey game on Saturday night, and the teachers from nearby schools competed to grab as many as possible in less than five minutes.

Footage of the competition that went viral on social media showed teachers stuffing the notes down their jumpers and into hats while the audience cheered.

The money was reportedly donated by CU Mortgage Direct to fund teaching supplies and classroom repairs.
“With everything that has gone on for the last couple of years with teachers and everything, we thought it was an awesome group thing to do for the teachers,” Ryan Knudson, a marketing spokesperson for CU Mortgage Direct, told the Argus Leader.

It seems worth noting that South Dakota had the lowest teacher pay of any state in 2021, as noted in another Argus Leader article about the state's teacher shortage.

Randi Weingarten, president of the American Federation of Teachers, tweeted: This just feels demeaning .. teachers shouldn’t have to dash for dollars for classroom supplies… No doubt people probably intended it to be fun, but from the outside it feels terrible." Which it does. This is embarrassing. We should be humiliated, as a country, that this is what teachers have to do now in order to get some safety scissors and construction paper for their kids — scramble for cash — in ones — from a mortgage company.

It would maybe be fun and whimsical if we didn't know that these schools were chronically underfunded and that teachers frequently had to dig into their own pockets to buy the supplies they need. If we could pretend like that money would be going towards "luxuries" like class pizza parties and field trips. But because they're scrambling for money to pay for things that should be included in the school budget, it feels pretty freaking dystopian.

Technically, we are only officially in one war right now (the War on ISIS), so perhaps the military can sell a few of the F-35 stealth planes or other bizarrely expensive items that also don't work to some eccentric billionaire and spread some of that money out to our schools to cover the costs teachers are covering themselves, without asking for any brownies or Hunger Games in exchange.

Either that or we could just stop funding schools with property taxes because of how grotesque and obviously classist it is to do things that way, but that would involve admitting that we even have a class system here in America or that everyone does not have "equal opportunity to succeed" and we can't have that.