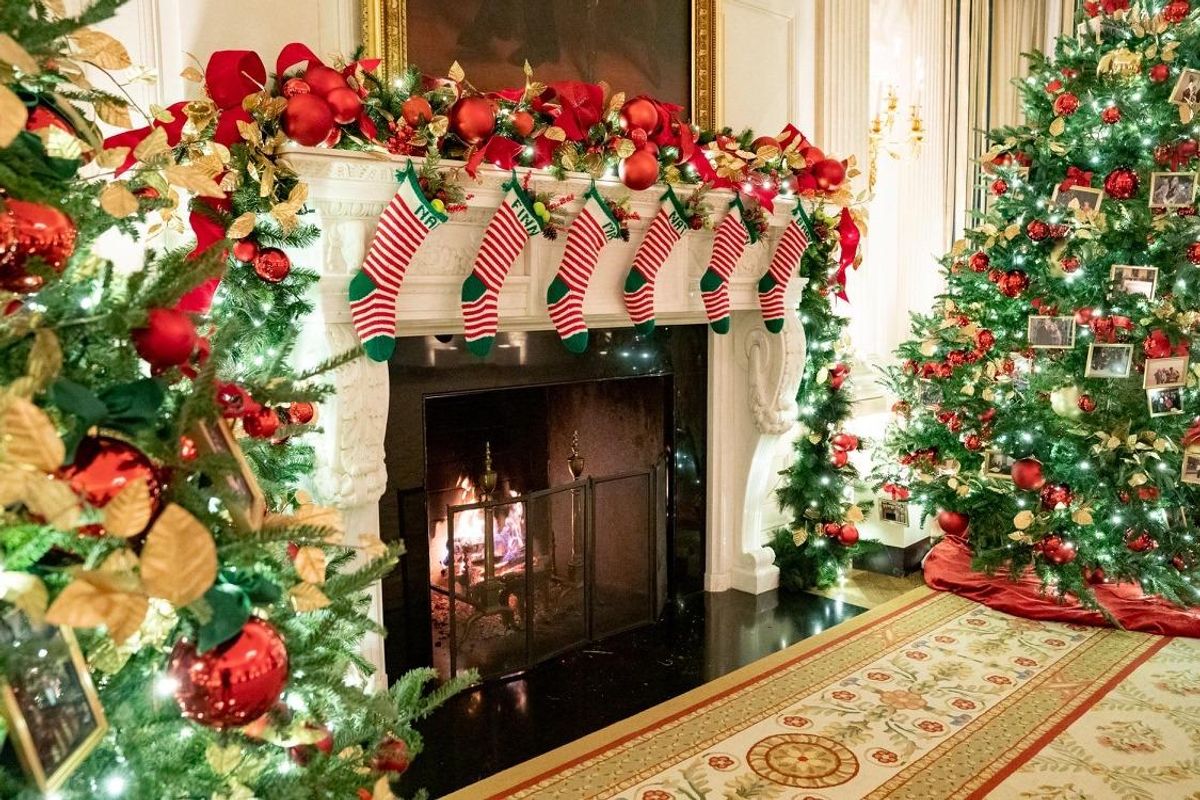 During the Trump years, it became a time-honored tradition that sometime after Thanksgiving, First Lady Melania Trump would reveal the house of frights and horrors she had concocted to celebrate Christmas, and America would recoil in fear and sadness and make every effort not to look directly at any of the decorations, lest they put a curse on their families.

Now we have a new president and first lady, and these people don't even seem to understand America's time-honored White House Christmas hell house traditions at all.

If anything, Dr. Jill Biden's decorations strike us as "fun" and "warm," as opposed to "GURGLEARGH!" and "RELEASE THE JABBERWOCKY!" 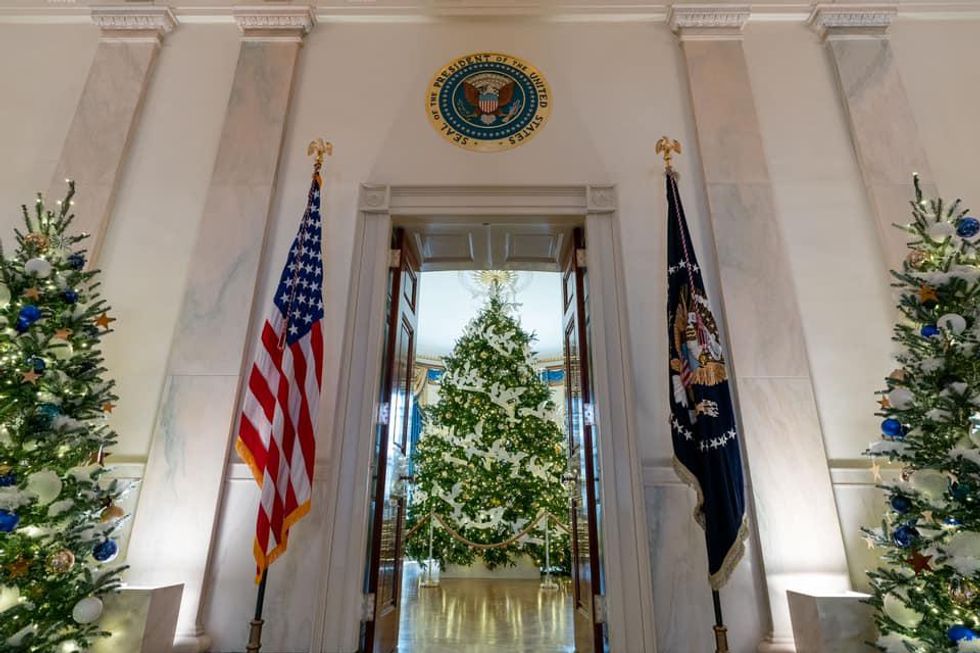 There's nothing in these photos that makes us think, oh yes, these are the deleted pages of Where The Wild Things Are, the ones the publisher rejected as age-inappropriate, and we are going to die now. 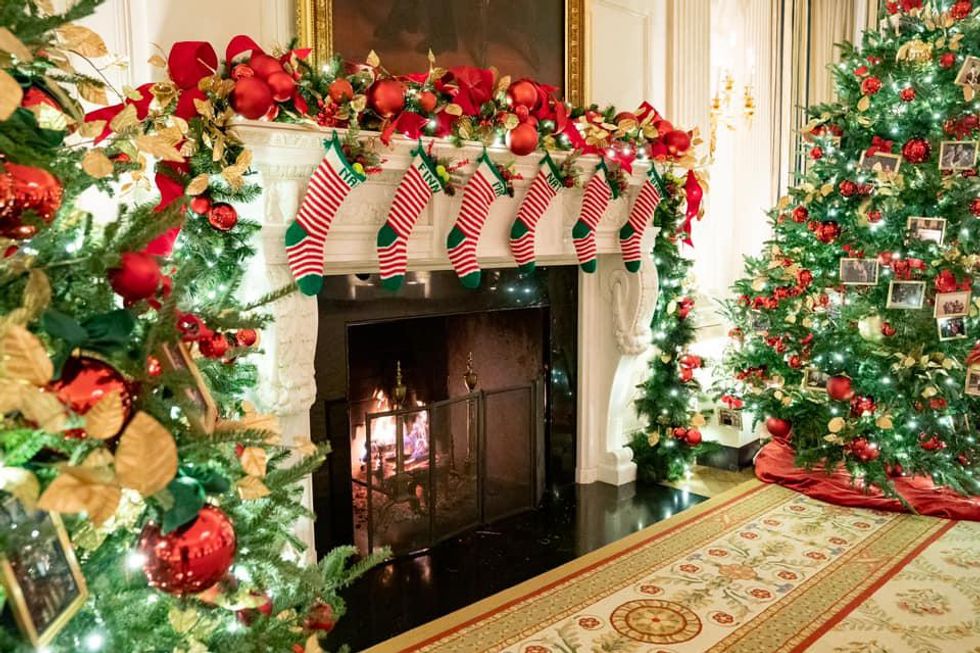 Did the Trumps have ... stockings? They certainly didn't have pictures of family memories on the tree, special counsel Robert Mueller probably would have considered that evidence.

Oh look, a cute gingerbread house scene where the White House is connected to regular things in town, like "gas station" and "grocery store." 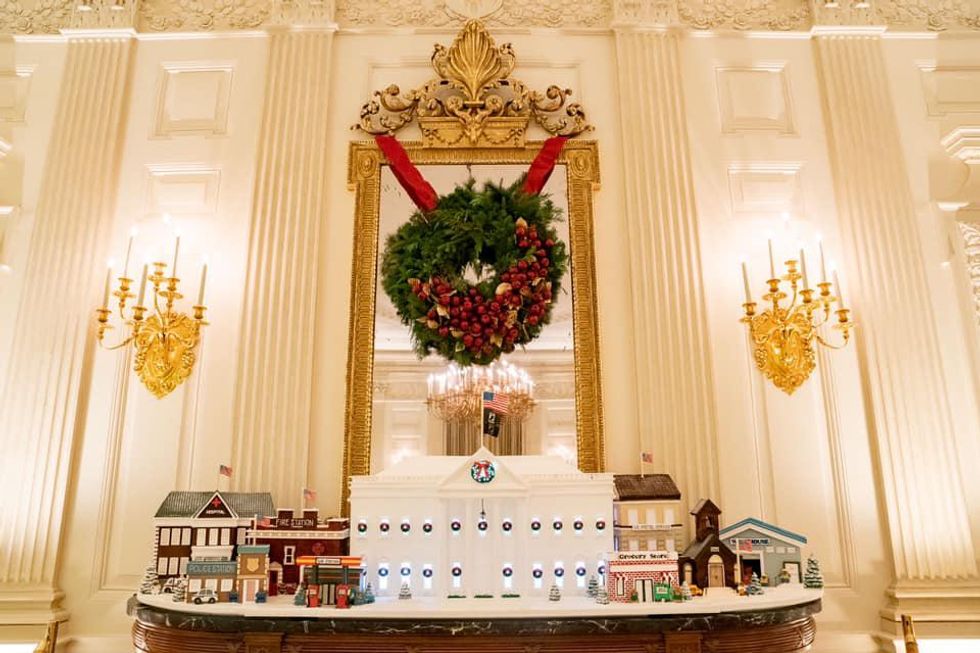 This would admittedly have been hard to pull off in the Trump White House. Making a replica of the Kremlin would be tough! 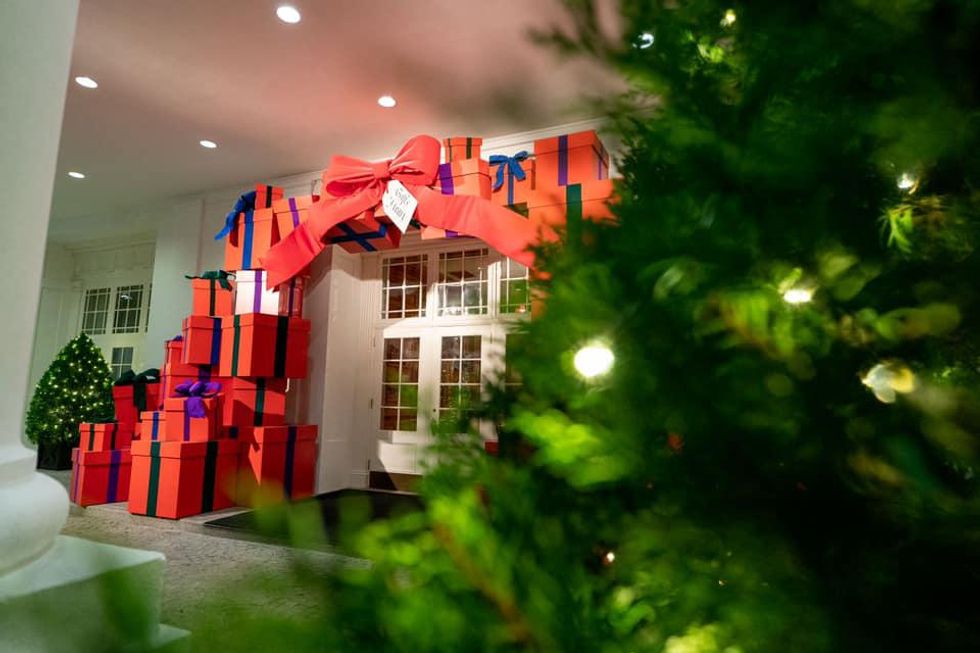 “As we celebrate our first holiday season in the White House, we are inspired by the Americans we have met across the country, time and again reminding us that our differences are precious and our similarities infinite,” the first lady and the president said in a joint statement. “We wish you a happy, healthy, and joyous holiday season. As we look to a new year full of possibility, may gifts from the heart light our path forward.”

Elizabeth Alexander, comms director for the East Wing, told CNN that they wanted to put on display "things that unite and heal, and bring us together." Something new and different.

And more on the decorations:

The White House decor for 2021 includes 41 Christmas trees, around 6,000 feet of ribbon, over 10,000 ornaments, and more than 300 candles. Nearly 79,000 lights were used to decorate the trees, wreaths, garlands and other holiday displays around the White House.

For more pics, hit the CNN and New York Post links, as there are a million taken by journalists. (The hallways are stunning.) It's almost like they were walking through the display with childlike wonder, instead of fear that the Babadook was about to take them.

Also this video of Dr. Biden unveiling the decorations from yesterday:

And here is a video from Reuters, with more pictures:

Ahhhhhhhhh. Christmas. Maybe there will be one this year.