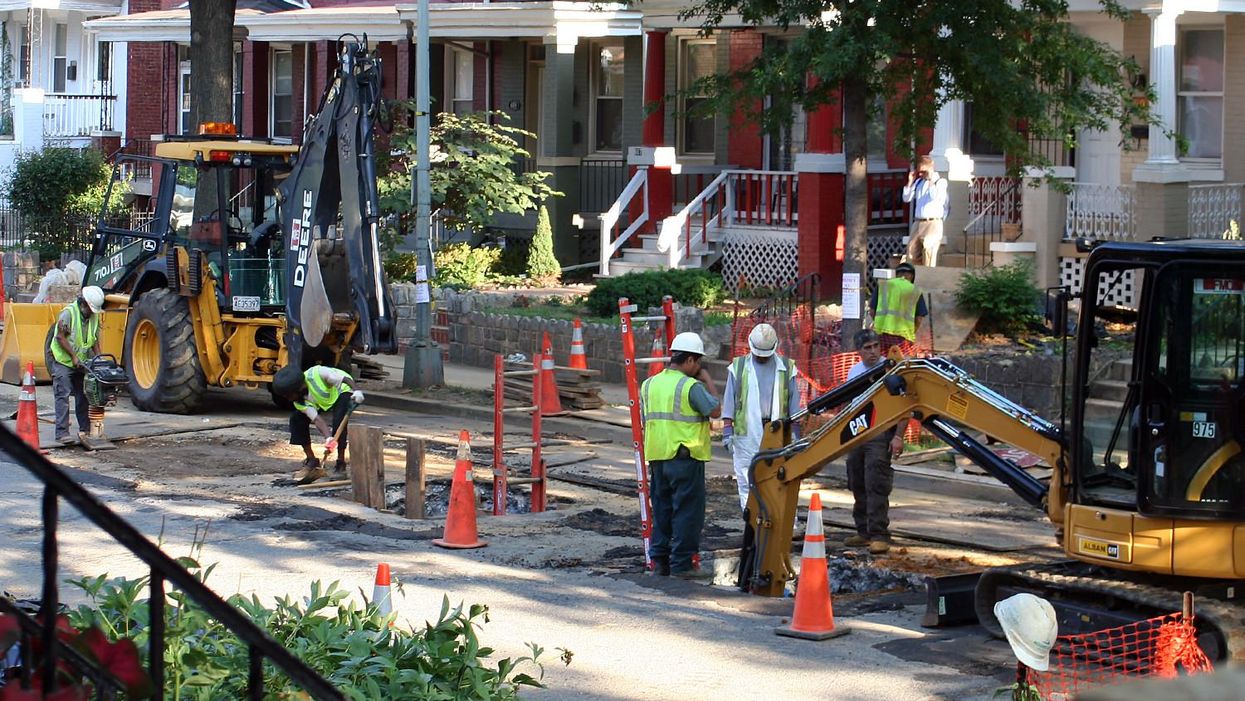 The US Centers for Disease Control makes no bones about it: There is no such thing as a safe level of lead in children's bodies. It's a neurotoxin that, even at very low exposure levels, has "been shown to negatively affect a child’s intelligence, ability to pay attention, and academic achievement." And the damage it does is permanent, although there are things that can be done to help kids who've been affected by lead exposure.

Hey, how about we finally make sure it's not getting into our water supply because of old lead water pipes?

Joe Biden ran on a promise to replace all the lead water pipes in America. The Bipartisan Infrastructure Law passed in November includes $15 billion to start the job, plus another $9 billion focused on lead reduction in disadvantaged communities and an additional $970 million for upgrades to rural water systems. But because the bill had to be shrunk to make it "affordable" (hooray, bipartisanship) the new funding is simultaneously the biggest federal effort to replace lead pipes nationwide, and still well short of the estimated $60 billion it would cost to replace all of the lead water pipes out there — the Environmental Protection Agency estimates there are as many as 10 million of the things.

To help move the process along, the Biden administration announced a plan yesterday to boost lead removal beyond what the infrastructure law provides. The biggest element in the plan is the announcement that the EPA will develop new regulations that will toughen water and testing standards, effectively mandating that state and local governments speed up the replacement of lead pipes once and for all.

The Washington Post explains that this isn't going to happen right away, though, because regulating the safety of drinking water is complicated, a fact that might only surprise Donald Trump.

For three decades, federal requirements on how towns and cities control and test for lead in drinking water have failed to avert the worst lead-contamination crises. Numerous presidential administrations have undertaken efforts to rework the regulations, which have been criticized as complicated, poorly enforced and not stringent enough to protect Americans from a substance that scientists say is unsafe at any level.

And in fact, the EPA actually did manage last year to issue an updated rule on lead in water, possibly because Trump didn't notice and nobody told him; it had been under development since 2010. Again, from today's WaPo:

The Trump rewrite included the first-ever requirement for utilities to test in schools and child-care facilities and to notify residents within 24 hours when tests show unsafe lead levels. But environmental advocates said a critical measure was missing: mandating the steady removal of millions of lead service lines that remain throughout the nation.

That's the missing piece the new EPA rule will address, even while the administration allows the Trump-era rule to go into effect this year (it won't actually be subject to enforcement for another three years, because, again, big country, much water, many pipes). The next step is to get all the lead pipes replaced everywhere. And that'll a big damn challenge for EPA regulators:

The new rule has yet to be written, however, and it remains to be seen how exactly the agency will push water system operators to undertake costly and time-consuming replacements. The rulemaking could prove to be one of the most technically challenging regulations the Biden administration undertakes. The EPA plans to finalize the rule by October 2024, just before the next presidential election.

Yes, it's taking (and has taken) a gallingly long time. But it's absolutely worth taking the time to get right. And it's going to make a huge difference for the future, according to National Resources Defense Council senior director Erik Olsen, who told the Post, "If fully implemented within 10 years, those ideas would change the course of history, by largely eliminating the scourge of lead from drinking water."

Again, this is not just about spending money. It's about eliminating one of the worst threats to kids out there, a far more tangible danger than whatever moral panic the Right is yelling about at any given moment. The White House action plan points out that the CDC estimates "more than half of children in the U.S. are at risk of lead exposure – often in their own home." Worse,

The impacts of lead pipes and paint are not evenly distributed. Low-income people and communities of color are disproportionately exposed to the risks of lead-contaminated drinking water. Non-Hispanic Black people are more than twice as likely as non-Hispanic white people to live in moderately or severely substandard housing, which are more likely to present risks from deteriorating lead-based paint.

In addition to the planned new EPA rule, yesterday's action plan also announced new efforts to remove lead paint in older public housing, and notes that another $10 billion to dig up and replace lead pipes is in the Build Back Better bill that may be temporarily on hold in the Senate. Pass that, please, yes.

And at the risk of sounding like one of those bleeding heart liberals who gives a shit about kids after they're born, could we maybe find a way to work "savings from not having generations of kids poisoned and in poor health" in Congressional Budget Office scoring of legislation?

We'll keep you updated, especially if some idiot on Fox complains that Joe Biden's new plan aims to deprive kids of the mineral supplements they're currently getting in their water.

Yr Wonkette is funded entirely by reader donations. If you can, please help us keep this pipeline of news and snark open with a monthly $5 or $10 donation!