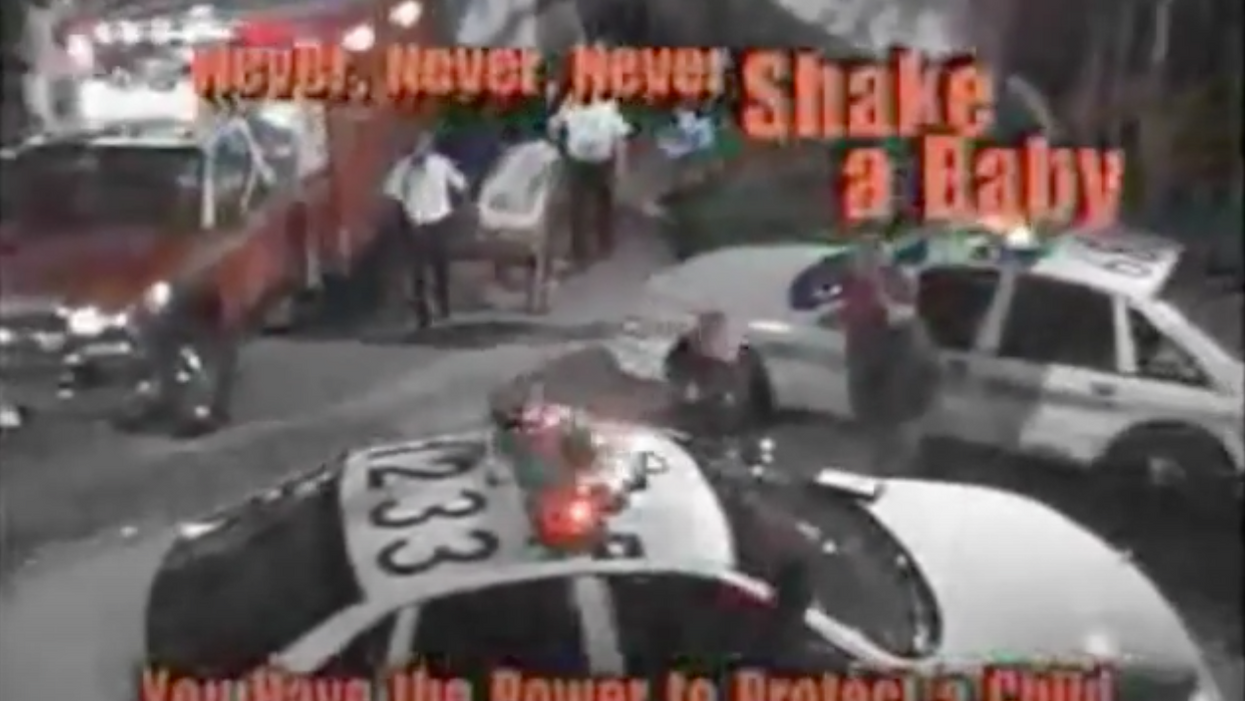 There are few things more disturbing than "Shaken Baby Syndrome." I'm not talking here about the actual effects of shaking a baby, but rather of the diagnosis itself and the many, many people who have been (and still are) sent to prison for it.

If you've looked into this before or seen the 2014 documentary The Syndrome, you know what I'm talking about here. If you haven't, you are probably very confused right now, perhaps even wondering if I've suddenly started thinking child abuse is a great idea. I assure you, I have not. Shaking a baby is obviously a bad thing to do — but the actual science behind the official diagnosis of
"Shaken Baby Syndrome" (or "Abusive Head Trauma," as they started calling it when SBS started getting a lot of bad press) is deeply, deeply flawed.

Alas, because there are so many people who are deeply invested in it being a thing, we still have a whole lot of innocent parents and caretakers in prison for crimes they did not actually commit — including one father who is on death row in Texas.

However, there are signs that this is starting to change. The Appeal published a report last week on a New Jersey judge who ruled this year to bar prosecutors from introducing evidence of "Shaken Baby Syndrome."

In January of this year, Superior Court of New Jersey Judge Pedro J. Jimenez, Jr. ruled in a different case that prosecutors could not introduce evidence of the scientifically dubious theory [...]”Shaken Baby Syndrome.” In that case, a father was accused of shaking his 11-month-old son, who was identified as D.N. in the judge’s opinion.

Jimenez wrote that the diagnosis of Shaken Baby Syndrome, also known as Abusive Head Trauma, is “an assumption packaged as a medical diagnosis” and “lacks scientific grounding.” The parents had brought D.N. to the hospital because he appeared to be having seizures. Although he had a documented history of medical problems, including a hospital stay for the first seven months of his life, doctors concluded that he had been shaken.

“No study has ever validated the hypothesis that shaking a child can cause the triad of symptoms associated with AHT,” Judge Jimenez continued. “This diagnosis is akin to ‘junk science.’”

The article also notes that Jimenez is not the first judge in New Jersey to reject the diagnosis and set an accused parent free.

Jimenez is not the first judge to question the SBS diagnosis. Another New Jersey judge acquitted a father who was accused of shaking his infant son. The father had said the baby unexpectedly went limp, at which point he’d taken him to the hospital. In the judge’s ruling he wrote that it was widely accepted in the scientific community that other causes can “‘mimic’ findings commonly associated with SBS.” His decision came down in the summer of 2018, about two months after the state Supreme Court refused to hear Heale’s appeal.

“There have now been two New Jersey courts that have deemed the same type of testimony used to convict Michelle Heale unreliable and inadmissible,” USC’s Miller wrote to the Attorney General’s conviction review unit in April. The most recent ruling further strengthens Heale’s innocence claim, Miller said, and he “again respectfully asks that her convictions be overturned.”

This is a big, big deal. Despite the fact that pediatric neurologists, pathologists and experts in biomechanics have been out there for years saying that there is just no way to definitively prove that a baby was "shaken" based on particular injuries, people are still regularly being sent to prison over it. While those with the means have been able to frequently get acquitted by bringing in experts to testify at their trial, many others are not able to do that or even aware that they can do that — for the same reason so many people who are actually innocent frequently confess.

These proponents are largely pediatricians and child abuse experts (many of whom were also responsible for stoking the Satanic Ritual Abuse hysteria of the 1980s) who are extremely invested in Shaken Baby Syndrome being a thing. They believe that there are a certain set of injuries (subdural hemorrhage, retinal hemorrhage and encephalopathy) that, when all present simultaneously, can only be caused by violently and abusively shaking a baby and absolutely nothing else.

When you have "experts" saying that if a child presents with these injuries it has to be this one particular thing, and police whose primary method of interrogation is pretty much telling people "We know you did it, we have proof that you did it. Maybe you did it and you don't remember you did it, or you had a good reason, but you definitely did it and if you don't confess and plead guilty you're going to go to prison for one million years" over the course of several hours, ideally without a lawyer present, you also get a lot of false confessions. Especially if the people being interrogated are grieving parents or parents who are freaking out over an injured child.

In reality, these symptoms can be caused by a number of other things and that there is no possible way, just by looking at a child's injuries, that one can tell for sure that they were shaken. It would also, experts point out, be pretty difficult to shake a baby so much that it causes brain bleeding and these other injuries without breaking or severely injuring its neck.

Proponents, who insist that there is absolutely no controversy whatsoever in the diagnosis, also tend to have a rather dark view of how they believe our justice system is supposed to work. They're not big on the "innocent until proven guilty," "It is better that ten guilty persons escape than that one innocent suffer" thing.

Teri Covington who runs the National Center for Child Death Review Policy and Practice complained to NPR several years ago that many prosecutors weren't bringing these cases to court unless they have actual provable evidence that the person is guilty.

"I have heard many a discussion of reluctance from both law enforcement and prosecutors to even start moving these cases forward in the way that they would have done five or 10 years ago," she says.

Now, Covington says, many prosecutors won't pursue cases unless they have a "definite whodunit" that can be proved easily in court. "I've seen that happen several times in the last few months,"

In an interview with the CBC in 2012, Robert Block of the National Center for Shaken Baby Syndrome shared his annoyance that people might care that innocent people are being sent to prison over this.

Maybe because some people think it's bad and kind of a big deal when people are sent to prison based on a disputed diagnosis, and that perhaps — just perhaps — we should not be doing that.

He's also wrong about what "we" want to believe. The fact is, a whole lot of people's brains fly right out the window when it comes to anything involving kids and they become willing to believe anything, no matter how absurd or impossible. From nonsense like Satanic ritual abuse, recovered memories, day care sex-abuse hysteria, school teachers "grooming" children for sexual abuse by telling them LGBTQ+ exist, QAnon and other baby-eating conspiracies to "rainbow parties," dumpster babies, pregnancy pacts, gummy bracelets and other "Do you know what your children are doing?" moral panics, there really is nothing that a very large number of people will not believe when it comes to kids and how they are in danger.

It's understandable that people want to err on the side of protecting children, but holy hell, no one should be going to prison for this when there is any question at all — and there are a lot of questions.