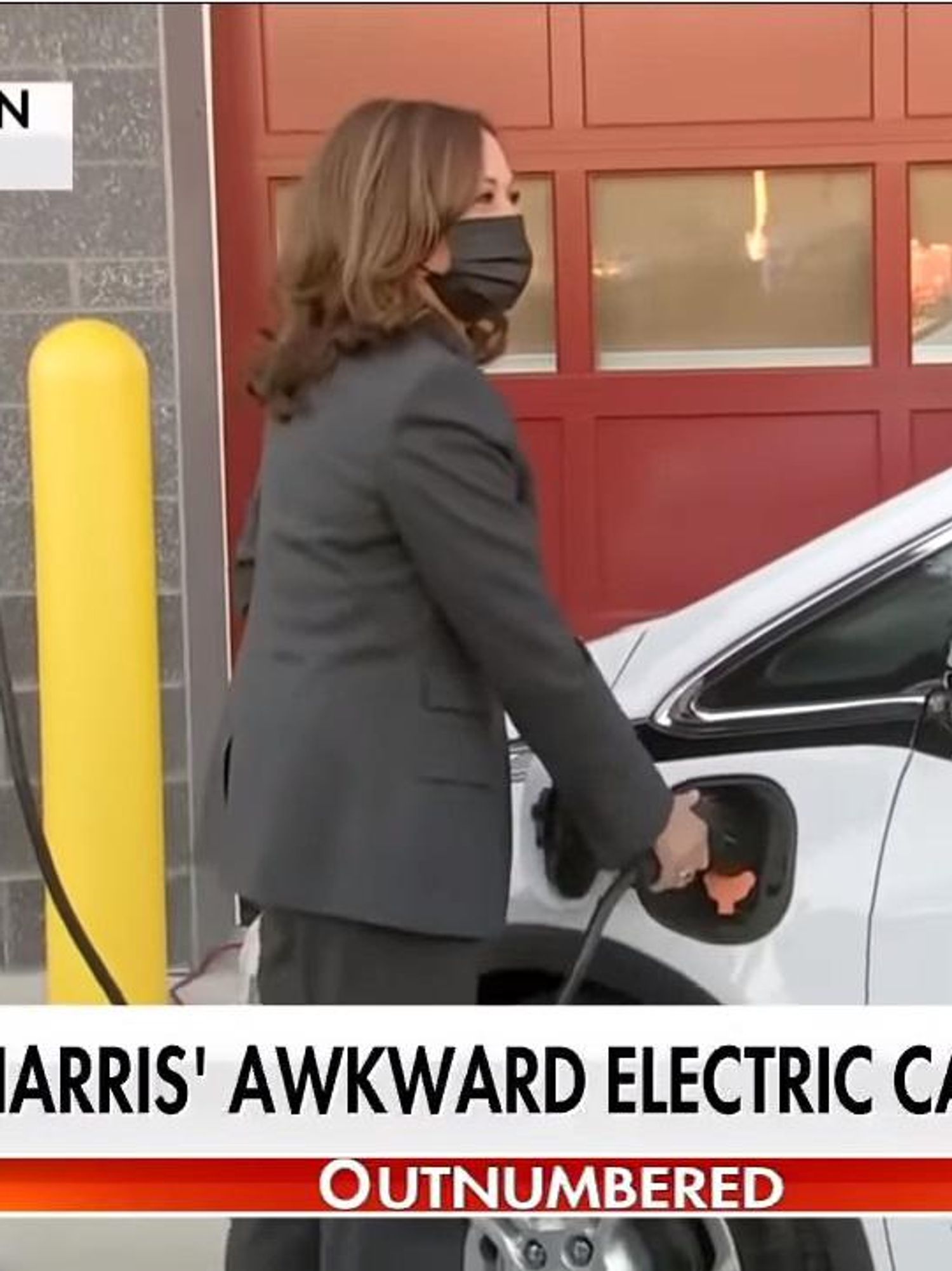 The Biden administration rolled out its "action plan" to use $7.5 billion included in the bipartisan infrastructure law (the BIF) to build out what will eventually be a network of 500,000 charging stations for electric vehicles all over the country, along with its goals to electrify 50 percent of the US car and truck market by 2030. To promote the strategy, Vice President Kamala Harris on Monday visited an EV charging facility in Brandywine, Maryland, near Washington DC, that will be used to recharge Prince George's County's planned fleet of fully electric county vehicles.

Harris said that the "future of transportation in our nation and around the world is electric," and that the Biden administration seeks to make the transition from internal combustion engines to EVs "even faster, and make sure it is driven by the United States."

When public chargers are installed in rural, urban or suburban neighborhoods, “we make it easier for people to go electric,″ Harris said, adding that the biggest barrier most people cite to buying an electric car is “figuring out where and how to charge it.″

And yes, Harris even addressed an issue near and dear to Yr Wonkette, noting that people living in apartments with only street parking need to have convenient places nearby where they can charge an EV, as do folks in rural areas who may not currently have any public EV chargers near enough to make longer trips work out for them. (Of note, Walmart is just one of several chains putting in a lot of fast chargers in its parking lots, which can charge EV batteries to 80 percent in just a half hour.)

While at the facility, Harris connected a county EV to a charger, joking, "There's no sound or fumes! How do I know it's actually working?"

Mahidhar Reddy, the founder and CEO of SemaConnect, the company that built the charging station, explained that when the lights on the charger are fully green, the car is fully charged.

That little bit of "so how does this work?" Mr. Wizard theater was mocked by Fox News yesterday, because serious news outlets pretend that the lady vice president is a total airhead who doesn't even know that an electric outlet has no gas fumes or noise. And she's first in line to command our nuclear arsenal? Just one more reason she's utterly unqualified! Yes, six goddamn minutes on it:

This is also where we remind you that Poppy Bush wasn't baffled and amazed by the magic of supermarket barcode scanners in 1992, but instead was impressed by a new model that was built into a scale (new at the time) and could read barcodes that were torn or wrinkled. (A capability most of the damn things still seem to lack, at least if you're in a hurry at the self-check.)

Fox Serious Anchor Person Harris Faulkner got very performatively angry that Harris was so stupid, stupid, stupid, saying maybe the White House should have briefed the clueless idiot birdbrain VP on the fact that electricity doesn't make noise, dummy. Also, she pretended to be outraged that Harris hadn't instead gone to the US Mexico border to address something really worthwhile. (But if Harris is incompetent, why would you ...? Sorry, we thought that out one extra step, didn't we?)

As for the actual Biden charging station plan, the precise details of where charging stations will be is left to the states, with guidelines to be developed by a "Joint Office of Energy and Transportation" to be established by the Departments of, you guessed it, Energy and Transportation. That office will get input from "industry leaders, manufacturers, workers, and other stakeholders" to coordinate EV infrastructure planning, and to serve as a “one-stop-shop” for resources on the transition to EVs.

The actual guidance for siting EV charging stations will be issued by February 11 of next year, after a process of examining

where we already have EV charging and where we need—or will need—more of it. It will focus on the needs of disadvantaged and rural communities, catalyze further private investment in EV charging, and ensure we’re smartly connecting to our electric grid.

That guidance will be followed up in May with a set of standards for the actual chargers in the network, to "ensure they work, they’re safe, and they’re accessible to everyone." And yes, the plan emphasizes the need for some kind of standardization of "plug types, payment options, data availability, and hardware hookups" across the EV and charging station industry, a move that's already underway in the industry, because it would be damned silly if gas station pumps had different nozzles for Fords and Toyotas.

The plan allots $5 billion in funding for states to build out the network, and another $2.5 billion that will go to grants for communities and transportation corridors to make sure that the EV charging network serves disadvantaged and rural communities, as well as places that currently have lousy air quality.

As with other parts of Biden's strategy to shift to clean energy, the program will focus both on reaching overall sustainability goals and on promoting American companies and union jobs. Other funds from the BIF will go toward battery research and development, for longer-lasting, higher capacity batteries.

Also too, there'll be funding to develop a "reliable and sustainable end-to-end domestic supply chain for advanced batteries," including making sure that domestic mining for minerals used in batteries is environmentally responsible, or at least as responsible as mining can be. That'll include funding R & D for nationwide EV battery recycling, a point you may want to keep in mind when some doofus on Twitter insists that after three weeks your battery will die and you'll need to spend a million dollars to replace it. (Current EV battery pack warranties typically run 10 years, 100,000 miles anyway, and that's only likely to improve.)

Dang, this is some neat stuff! Also Fox News can sit in a go-kart and spin.

Yr Wonkette is funded entirely by reader donations. If you can, please help out with a $5 or $10 monthly donation. We love our readers, who always give us a charge.