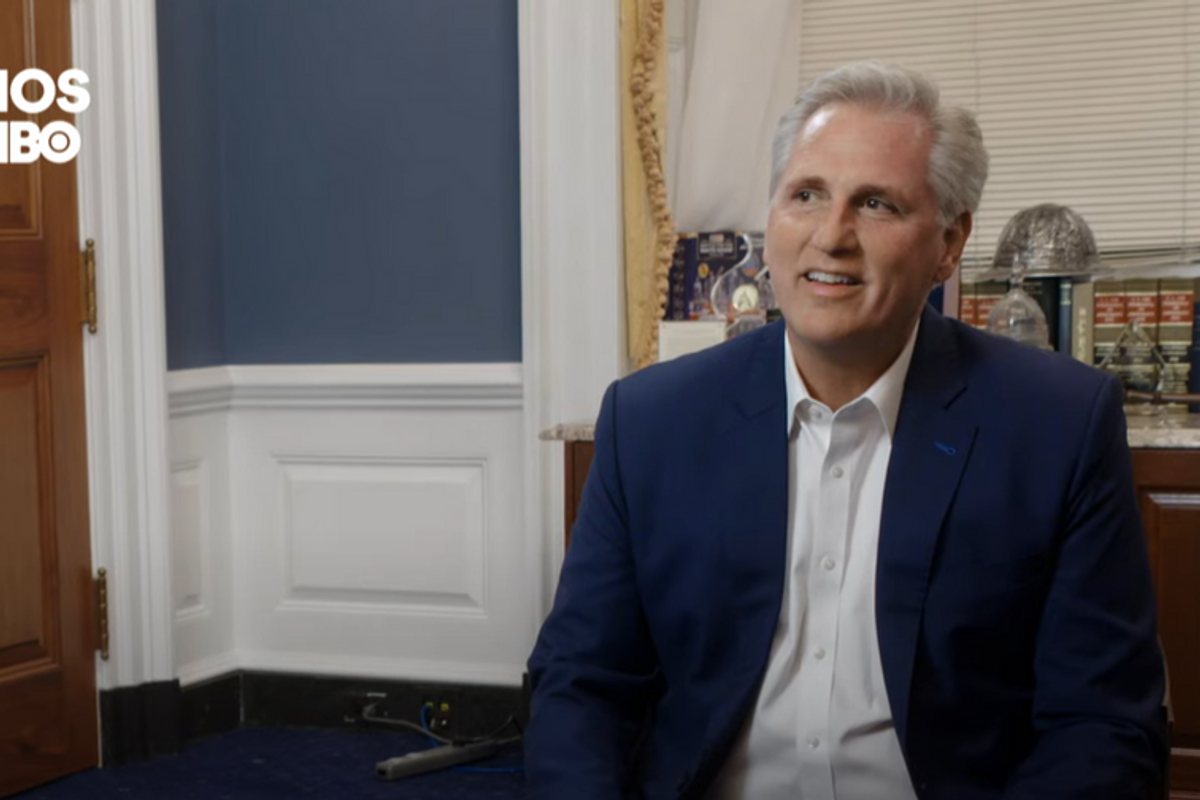 Thursday is the one-year anniversary of that time a bunch of Republicans terrorist-attacked the US Capitol to make the Republican president happy and to try to force Republicans in Congress to steal democracy for said president. So of course, House Minority Leader Kevin McCarthy, who leads the fascist Republican political party in the House of Representatives, is very mad at Democrats for making everything so divisive and partisan right now.

He explained this in a welcome to 2022 letter to his Republican caucus, many members of which are open fascist seditionist insurrectionists.

As we have said from the start, the actions of that day were lawless and as wrong as wrong can be. Our Capitol should never be compromised and those who broke the law deserve to face legal repercussions and full accountability.

Unfortunately, one year later, the majority party seems no closer to answering the central question of how the Capitol was left so unprepared and what must be done to ensure it never happens again.

We are of course not saying that any security failures shouldn't be investigated and fixed. But they are not the central question, Kevin.

As far as making sure it never happens again, the answers are simple. To begin with, imprison Trump, and imprison every other person who helped him incite the terrorist attack in order to steal the election. The House January 6 Select Committee will help identify who that is, if the Justice Department is having a hard time coming up with a list of names. Then pass reforms to make voting fairer and more accessible for all who are eligible, and eliminate things like partisan gerrymandering, to start getting rid of the advantages Republicans have built in for themselves in a country that fucking hates them.

Of course, there are many more things that would have to be done to wrest this country from the fascist halitosis jaws of the modern Republican Party, but those things would be a start.

Kevin McCarthy was not finished whining:

Instead, they are using it as a partisan political weapon to further divide our country.

By way of an update, House Administration Ranking Member Rodney Davis will be sending a memo to each of your offices outlining meaningful and measurable steps that should be taken to protect our Capitol from all threats—steps that the current majority party is negligent in acting upon.

This year will define what our country will be for the next decade. Will we be a country defined by freedom, opportunity, and prosperity? Or will we continue to let America fall victim to division, malaise, and pessimism?

Eat an entire bottle of dicks.

There's more to the letter but you don't care.

Here's the response from Adam Kinzinger, one of the two Republican members of the 1/6 committee:

The Capitol wasn\u2019t prepared for Jan 6th, and should have been. But blaming the security posture for the violence is like blaming a home invasion on the owner for not having a proper security system.https://thehill.com/homenews/house/587954-mccarthy-says-democrats-using-jan-6-as-partisan-political-weapon-ahead-of\u00a0\u2026
— Adam Kinzinger (@Adam Kinzinger) 1641184044


Wonkette is funded ENTIRELY by a few thousand people like you. If you're not already, would you pls consider being the few thousandth and one?