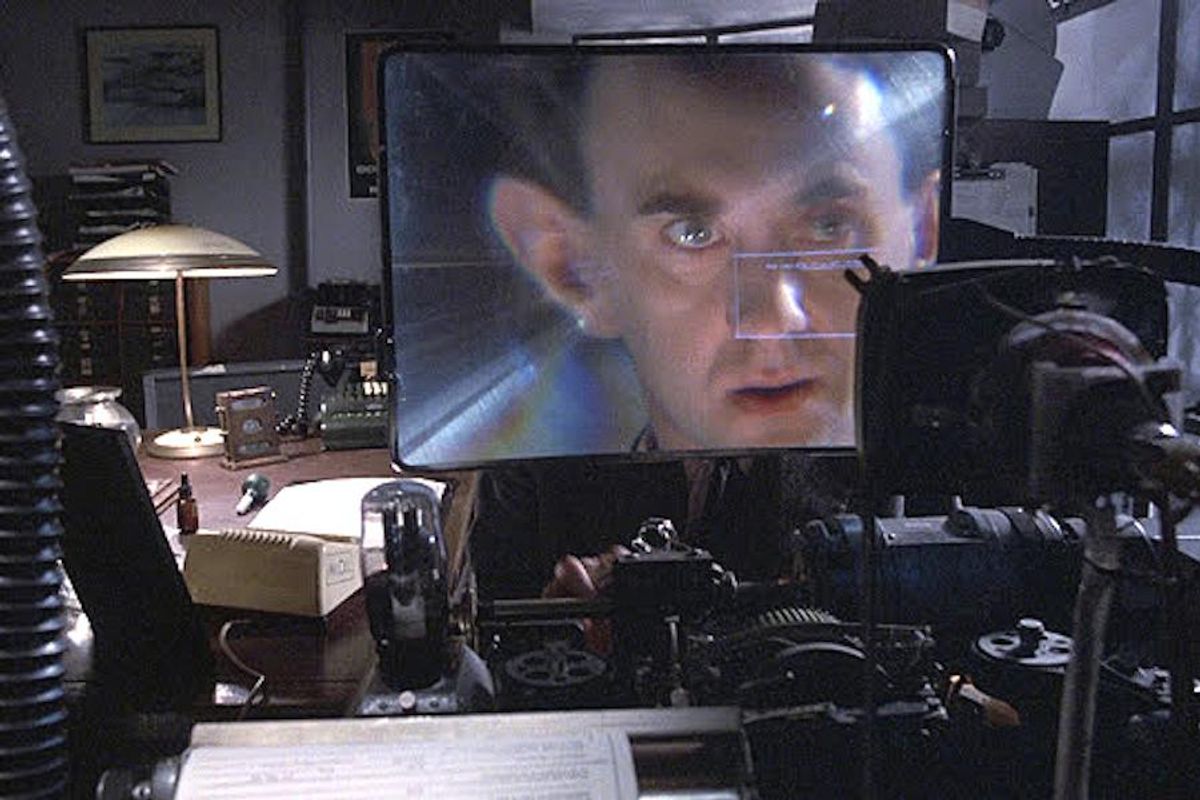 One of the more positive side-effects of the pandemic is the fact that companies are now increasingly open to employees working remotely. It's a big deal, particularly for the disabled, for those who can't move (or don't want to move for a job they don't know they'll have for very long), and for parents. One of the less positive, non-COVID-related side-effects is that a bunch of weirdos have become obsessed with the idea that the vaccine includes a microchip Mark of the Beast tracker so that Bill Gates and Satan can track your every move.

Of course, those of us with common sense are aware that no one really needs a special Bill Gates microchip implanted in them to have our every move tracked. We have phones! And smartwatches! And laptops and tablets and everything else. Sure, it's possible to go totally luddite, but most people are not going to go that far.

We also have, as it turns out, some pretty seriously disturbing surveillance software that some companies have implemented to keep track of their employees and make sure they are diligently working all day. The software has been particularly popular with law firms that use contract lawyers (lawyers that work on contract, not lawyers who work on contracts). The Washington Post notes that poses a bit of a problem for workers in general, as if a worker were to feel that their rights were being violated by such surveillance software, the place they would likely go to seek help would be ... a law firm. You know, because we live in a country where instead of regulation by law, we have regulation by lawsuit.

The software uses facial recognition to be sure that the worker is sitting at their desk all day (with the exception of a break if they get one), keyboard tracking to keep track of how fast they are working, and all other manner of dystopian monitoring.

But most of them hadn't expected anything like the facial recognition monitoring they've been asked to consent to. The software uses a worker's webcam to record their facial movements and surroundings and will send an alert if the attorney takes photos of confidential documents, stops paying attention to the screen or allows unauthorized people into the room. The attorneys are expected to scan their face every morning so their identity can be reverified minute by minute to reduce potential fraud. [...]

Lawyers said they had been booted out of their work if they shifted slightly in their chairs, looked away for a moment or adjusted their glasses or hair. The systems, they said, also chastised them for harmless behaviors: holding a coffee mug mistaken for an unauthorized camera or listening to a podcast or the TV. [...]

The company's "on-demand monitoring" software, RemoteDesk, can track workers' "idle" and "active" time; record their screens and web-browser history; patrol their background noise for unauthorized music or phone calls; and use the webcam to scan a worker's face or room for company rule-breaking activity, such as eating and drinking or "suspicious expressions, gestures, or behavior."

Ironically, while the monitoring software is meant to increase employee productivity, it's doing quite the opposite. Many workers say they're having trouble getting anything done because the software keeps logging them out and making it impossible for them to do their jobs. Most of these workers also happen to be Black, and facial recognition technology as it exists now does not work as well on Black people as it does on white people.

Camille Anidi, an attorney on Long Island, quickly understood the flaws of the facial recognition software her employers demanded she use when working from home. The system often failed to recognize her face or mistook the Bantu knots in her hair as unauthorized recording devices, forcing her to log back in sometimes more than 25 times a day. [...]

So after each logout, Anidi gritted her teeth and did what she had to do: Re-scan her face from three angles so she could get back to a job where she was often expected to review 70 documents an hour.

"I want to be able to do the work and would love the money, but it's just that strain: I can't look left for too long, I can't look down, my dog can't walk by, or I get logged out," she said. "Then the company is looking at me like I'm the one delaying!"

That is completely absurd and also horrifying. Not to mention the possibility that it could lead to a situation where companies don't hire Black workers for these kinds of jobs due to the failures of facial recognition technology.

This is one of those cases where the "cure" makes the problem worse, like when interlock devices meant to prevent people from drunk driving cause accidents themselves or when the facial scrub you're using creates microtears and makes your skin worse (no physical exfoliation on your face, people!).

I have been working remotely for almost a decade now, and you know what? It's super weird at first, and then you get used to it. Just like you get used to anything. My friends who work in-house at various publications do pretty much the exact same thing I do — they're all talking to their co-workers over Slack all day and writing the same amount I write. The only difference is the fact that I don't have to wear human clothes, and I'm frankly less easily distracted than I would be at an office where there are things happening and people to look at and conversations to listen in on.

It can't be easy to work if you are constantly freaked out that you're going to have to start a project all over again because you got logged out, and it can be difficult to constantly get in that mode again. If employers are worried that people are going to be taking two-hour breaks, just make sure everyone checks in over Slack or whatever every once in a while. That's going to let people be a whole lot more productive than scanning their face every three minutes to make sure they're not picking their nose or have not suddenly morphed into a different human being. The only thing employers really need to know, to be sure that their employees are being productive, is that they're producing the amount of work they're supposed to be producing and making the deadlines they're supposed to be making. Given what an easy and inexpensive "productivity test" that is, it seems silly to rely instead on expensive and racist dystopian monitoring systems.