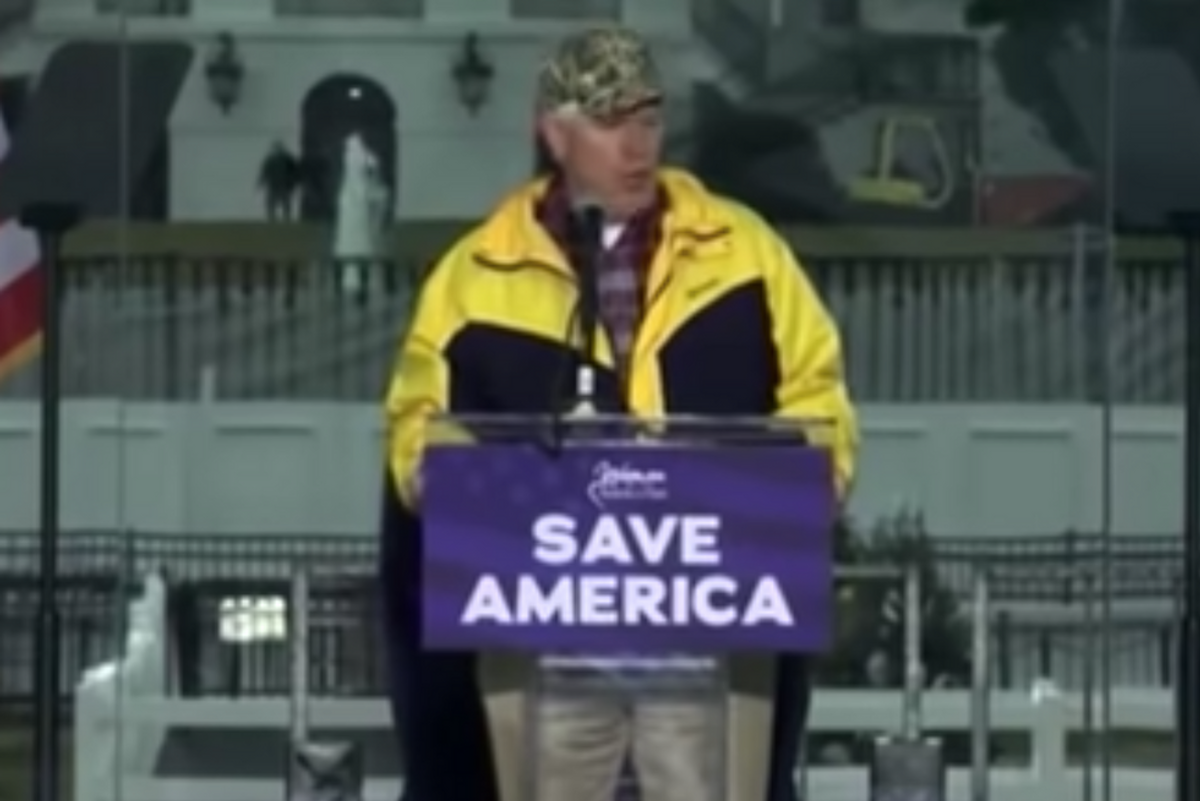 Hello from US District Judge Amit Mehta's virtual courtroom, where it's going to be a whole mixed bag of crazy shit, so strap in.

There are three cases on the docket today surrounding former president Donald Trump's liability for the events of January 6. In Swalwell v. Trump, Democratic Rep. Eric Swalwell is suing Trump, Rudy Giuliani, and GOP Rep. Mo Brooks for inciting the riot. In Thompson v. Trump, multiple Democratic representatives are suing the former president, his lawyer, and both the Proud Boys and the Oath Keepers. These cases both allege violations of the Ku Klux Klan Act of 1871, since they were impeded in their official duties by the mob.

The third case, Blassingame v. Trump, was brought by two Capitol Police officers seeking to hold Trump to account for their injuries on January 6.

Trump et al. have moved to dismiss the cases for lack of standing and failure to state a claim.

Here's how Judge Mehta says this is going down today:

That last one with Mo Brooks should be super fun, and requires a little background. See, Brooks claims he was acting within the scope of his official duties when he told the assembled lunatics on the Ellipse, "Today is the day American patriots start taking down names and kicking ass!" So he wanted the government to defend him in the suit, the way they're defending Trump in E. Jean Carroll's defamation claim. But the Justice Department told him to piss off, and Item five up there with the Westfall Act certification is him whining to the judge that it's NO FAIR. When last we checked in, Congressman MensaGenius was representing himself. And dear God, we have not lived a good enough life to deserve a hilarious appearance in federal court by Mo freakin' Brooks, who graduated from law school in 1978 and doesn't seem to have done a lot with that degree recently. But hope springs eternal!

1:05 Gonna start soon, they're reminding us AGAIN that it's illegal to record a federal hearing.

1:12 Jesse Binnall up first as counsel for Trump and Don Jr., who is a defendant in (I believe the Swalwell case).

Opens by saying the cases should never have been brought", the are "chock full of propaganda for a political rather than legal objective."

To wit, how is the conduct alleged in this complaint, i.e. the tweets and the speech at the Ellipse, part of Trump's official presidential duties.

1:17 Binnall says the decision should be "content neutral," meaning that it doesn't matter what Trump said.

"Giving a speech is what presidents do."

Judge Mehta isn't super impressed with this line of argument.