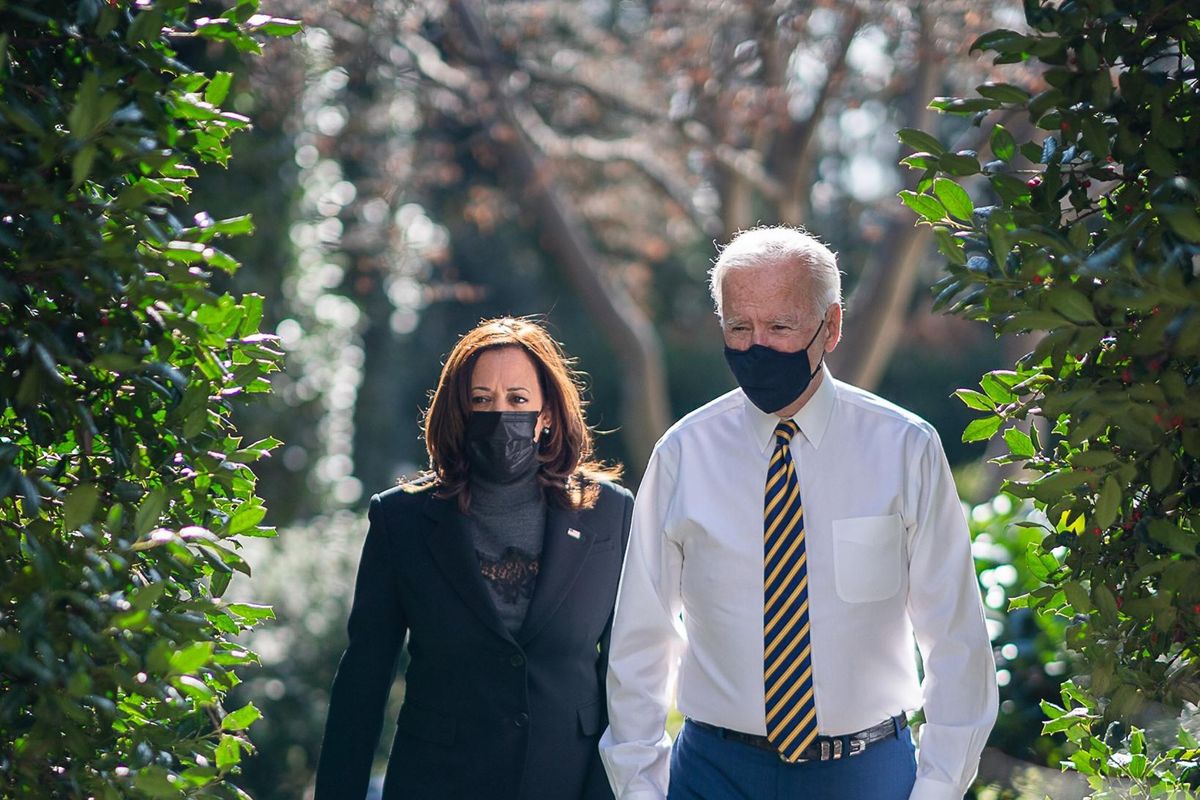 One year ago today, Republican members of Congress began to implement a plan to slow down and hopefully prevent the ceremonial peaceful transfer of power between the foul incumbent loser who lost the election and the normal man who won it. And as they began, by objecting to certifying the electors for the state of Arizona, followers of that foul incumbent loser began to attack the United States Capitol, spurred on after speeches from the loser and his associates that morning, and by months of his Big Lie that the election was being stolen from him.

The truth, of course, was that that he was just a loser, the most hated man ever to "win" the presidency of the United States under questionable circumstances and then be removed at the first opportunity by the American voters four years later.

The rightful winner of that election, Joe Biden, was inaugurated 14 days later, along with Vice President Kamala Harris. This morning, Biden and Harris will speak in the Capitol, and from what we're reading about the speech, hoo boy, Biden is going to call out the former loser directly.

Politico Playbook prints this excerpt from the speech:

Wonkette will be covering that speech live (below), as will all the TV networks, unlike the loser speech the loser canceled because nobody wanted to watch it.

We guess it's a backhanded compliment after all. 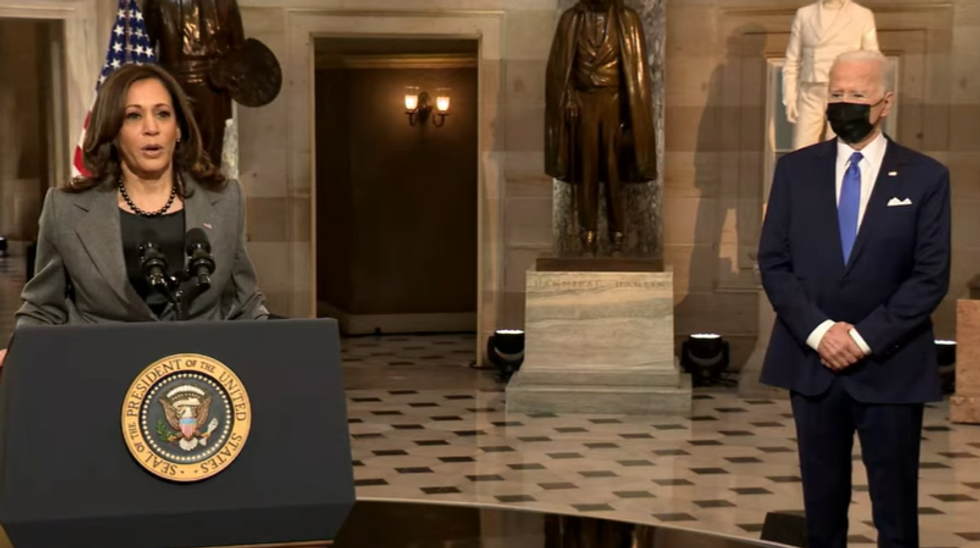 She begins by couching 1/6 among a series of dates including 9/11 and December 7, 1941, days when all Americans who were alive always remember exactly where they were when that happened.

"On January 6, we all saw what our nation would look like if the forces that seek to dismantle our democracy are successful."

9:11: Harris says the radical extremist faction (led by Trump) that attacked the Capitol might be "newly resurgent" but has "roots that run deep."

9:13: Harris is talking about how January 6 exposed both the fragility and the strength of our democracy.

She asks, "Will [January 6] be a moment that accelerated the unraveling of the oldest, greatest democracy in the world?" Or will it be a moment where we decided to "secure and strengthen our democracy for generations to come?"

9:15: In other words, will we fix democracy, or will we allow Republicans and Joe Manchin and Kyrsten Sinema to do keep fucking us?

"To state the obvious, one year ago in this place, democracy was attacked."

Biden says "for the first time in our history, a president had not just lost an election, he tried to prevent the peaceful transfer of power." Notes that they FAILED, and says NEVER AGAIN.

Biden describing things that happened that day. Says even during the Civil War, pieces of shit never ran through the Capitol with confederate flags. Notes that people were using the ass ends of flagpoles as spears, using fire extinguishers as weapons, using many other things as weapons, that 140 police officers were injured.

"Here's the truth. A former president of the United States of America has created and spread a web of lies about the 2020 election. He's done so because he values power over principle. Because he sees his own interests as more important than his country's interests, than America's interests. And bnecause his bruised ego matters more to him than our democracy and our Constitution. He can't accept he LOST."