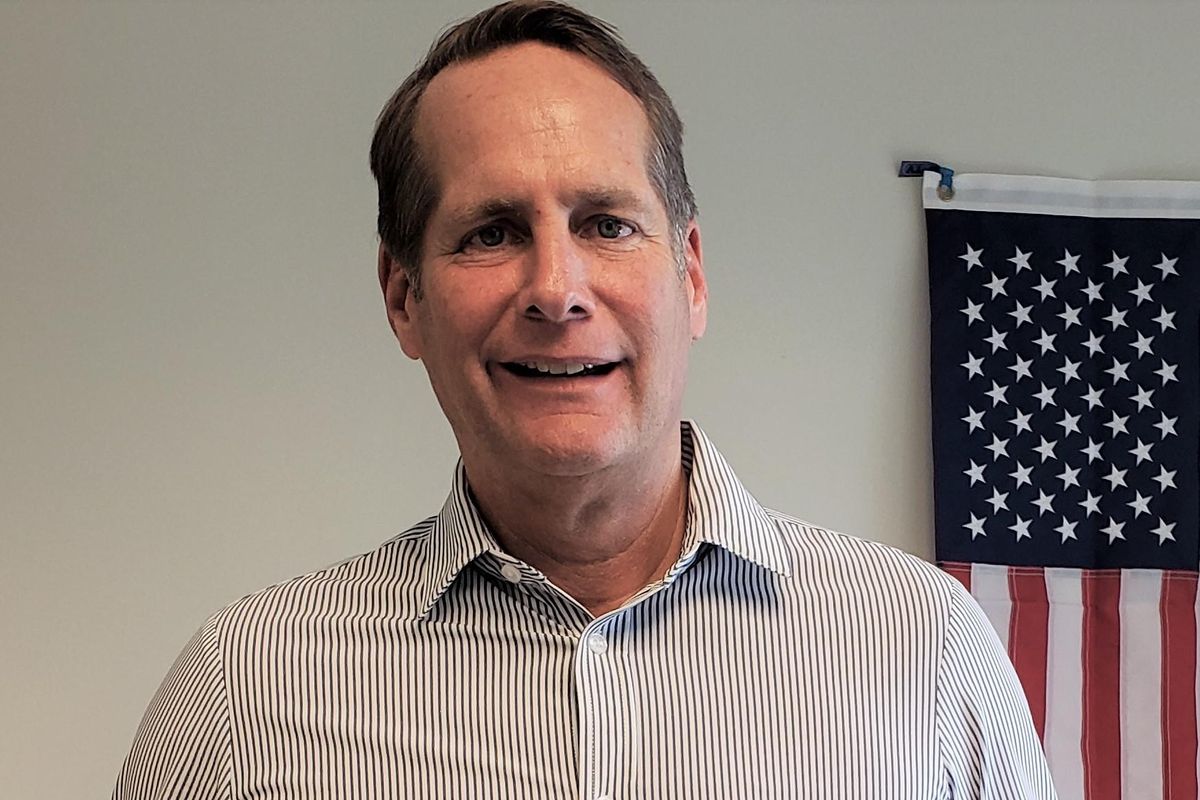 This is a dumb thing — I mean this is REALLY a dumb thing — but you know how sometimes INCREDIBLY MEAN women and people of color and particularly women people of color will make fun of mediocre white men for being so mediocre and simultaneously demanding they get shit that ACTUALLY belongs to other people? (#allwhitemen.) They (we) are all like "lord grant me the confidence of a mediocre white man," and they (we) say it so much it should be an acronym like WWJD and DMTFA.

Harley Rouda, who is no longer in Congress, thinks it is pretty rich that Congresswoman Katie Porter, who is still in Congress, is trying to steal his district, i.e. the district she represents, lives in, and ... no, that's it. Just those two. She represents the district and she lives in the district, and he thinks she should leave. So now you see what we are dealing with here.

Here, have his dumb statement.

Let's transcribe that for you!

Redistricting in California is now complete. On one hand, the district I live in, ran in for years, and most importantly represented, is still about 70% intact. And when we look at Orange County as a whole, the opportunity to pick up two additional seats on the Democratic side of the ledger was clear and never more achievable. By doing so, we would have our best chance of holding our majority in Congress, while stopping the radical right from controlling the government they sought to overthrown on January 6th.

However, this chance to flip the county back entirely is no longer the case. I learned via Twitter that Representative Porter has left the district that includes 70% of her constituents, and is now running in my coastal district.

I believe this district's voters want moderate, pragmatic leadership, and I firmly believe that I am the most electable Democrat in this district; but I am also a realist, whose goal has always been to put my constituents and our country first.

Towards that end, my family and I will be taking this opportunity to spend the holidays together, and evaluate all the options laid before us.

But sure, Katie Porter, Congresswoman, should move to Rancho Santa Margarita (where all the Real Housewives of Orange County live) or Oceanside, or fuck it, Camp Pendleton, because dude who is not in Congress thinks she took something that is his :(

Wonkette loves you and wants your money.