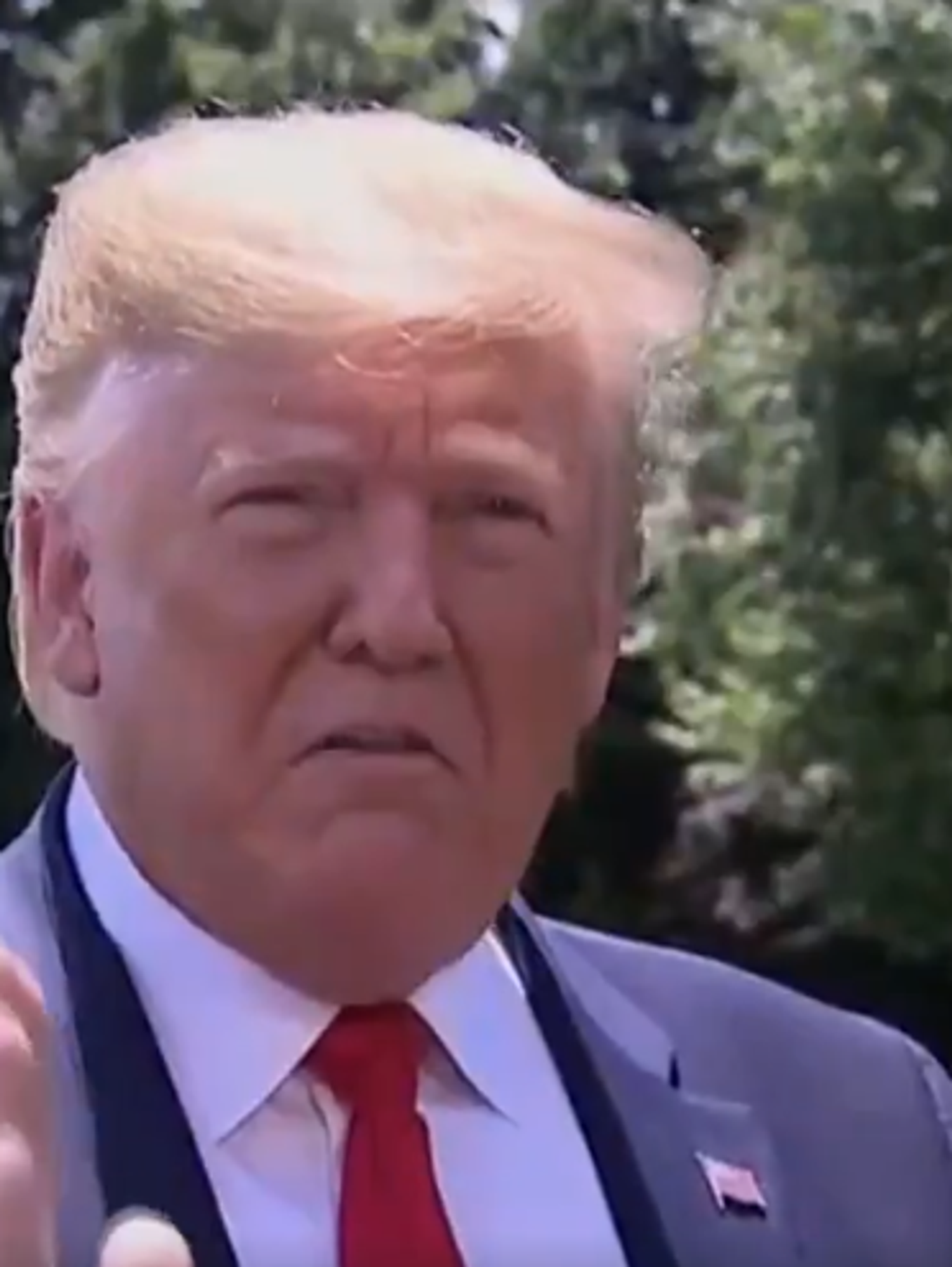 It's the nature of these damned never-ending Trump investigations that every now and then, we get droplets of news to excite us, like ooh! Maybe that's something! And then nothing happens. But of course, it isn't that nothing is happening. It's just that these things move far more slowly than our impatience will allow, because we are all understandably ready to see someone held accountable for anything.

But it sure does sound like New York's investigation is making some serious headway, as prosecutors try to get to the bottom of questions like whether Donald Trump and the Trump Organization committed fraud with incredibly creative and hinky valuations of Trump properties, depending on what kind of valuation would benefit them the most. David Fahrenthold and his Washington Post buddies report on who the Manhattan DA and his grand juries are talking to now, and it looks like they're going right to the heart of the matter/s. Specifically, Donald Trump's matter/s.

A longtime accountant for former president Donald Trump — who helped prepare Trump’s taxes and the financial statements his company used to woo lenders — testified recently before a New York grand jury investigating Trump’s financial practices, according to two people familiar with that investigation.

Fahrenthold reminds us that DA Cyrus Vance's investigation now has absolute shitloads of Trump financial documents from Mazars, after the Supreme Court decided it could have them, and says Bender could be a "human road map" to those documents. Oh yes, and Fahrenthold also reminds us that in the state of New York, people who testify before grand juries are granted immunity. So he's free to blab. (In related news, a Trump-appointed judge said yesterday that the House of Representatives absolutely can too have Trump's taxes. So that happened.)

And then there's Rosemary Vrablic. Remember her? She was the banker who handled allllllll Trump's shit at Deutsche Bank, which has reportedly been cooperating with the investigation since last year, when it was basically the only large bank in the entire world that was strangely willing to touch Trump with a ten-foot pole. (She's since left the company.) The Post says Vrablic didn't talk to the grand jury, but rather to prosecutors. They add that folks like these who weren't employees — you know, like the indicted Allen Weisselberg — but rather who were, like, the point person for Trump in companies he dealt with, were people who "knew more about his company’s inner workings than many employees did."

Could Rosemary Vrablic be a "human road map" to finally figuring out WTF with Donald Trump and Deutsche Bank like WTF? Would be nice to find out!

For further reading, the New York Times has a really good examination of what prosecutors are trying to figure out here, i.e. whether Trump really actively and maliciously lied to lenders about the values of his assets, in order to make himself richer and get loans. And it outlines the difficulties with proving that, just how meticulous prosecutors would have to be, which could go to explain why this case is taking so long to build:

If the prosecutors seek an indictment, the case’s outcome could hinge on whether they can use the documents to prove that a defining feature of Mr. Trump’s public persona — his penchant for hyperbole — was so extreme and intentional when dealing with his lenders that it crossed the line into fraud. [...]

Mr. Trump did not personally assemble the data for the accountants, but the documents left no doubt as to who was accountable for their contents: “Donald J. Trump is responsible for the preparation and fair presentation of the financial statement in accordance with accounting principles generally accepted in the United States of America,” his accountants wrote in a cover letter attached to the statements in 2011 and 2012.

Yet the accountants also acknowledged they “have not audited or reviewed” the information and “do not express an opinion or provide any assurance about” it, a common caveat in statements of financial condition. The accountants disclosed that, while compiling the information for Mr. Trump, they had “become aware of departures from accounting principles generally accepted in the United States of America.”

Armed with those caveats, Mr. Trump’s lawyers would most likely argue that no one, let alone sophisticated lenders, should have taken his valuations at face value. And even if his valuations were false, the lawyers might argue, the lenders conducted their own analyses of Mr. Trump’s assets and concluded that he was a worthy borrower.

Oh for fucks sake, and so forth. Read the whole thing, though! Like we said, it's a good and concise summary of what prosecutors are dealing with here.

As usual, we just really want to read the indictment, and we will keep asking "Are we there yet?" until we get one.