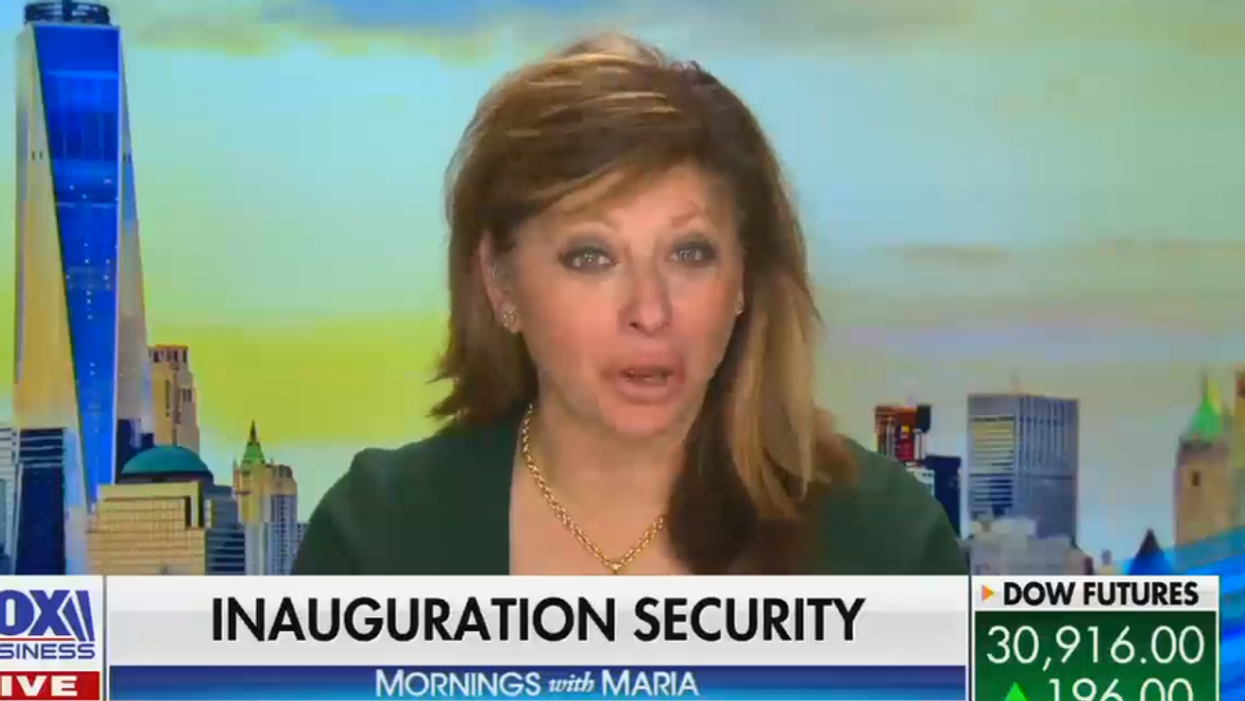 At some point in the past, Fox Business's Maria Bartiromo was a real journalist. But those days are long gone, as a new CNN article about Jonathan Karl's upcoming book Betrayal: The Final Act of the Trump Show throws into stark relief. In fact, the ABC News chief Washington correspondent reports that she took an active role in promoting election fraud conspiracy theories, even going so far as to call up then Attorney General Bill Barr after the election to yell at him for failing to stop Democrats from "stealing" it.

"She called me up and she was screaming," Barr told Karl on the record. "I yelled back at her. She's lost it."

Karl said he reached out to Bartiromo for a response, because, "after all, it's highly inappropriate for a journalist to call the attorney general and demand he do something related to a criminal investigation.""

Bartiromo did not respond," Karl wrote, "but a Fox News spokesperson did get back to me and denied Barr's account of the conversation on Bartiromo's behalf."

Through the Fox spokesperson, Bartiromo claimed Barr was the aggressive one, yelling and cursing during the call.

Not a great look for the "Money Honey." And no, we are not letting her off the hook for her appalling decline into conspiracy lunacy just because Roger Ailes slapped her with a sexist moniker in the '90s.

Karl's book details the key role Bartiromo played in injecting conspiracy theories directly into the tapioca pudding sloshing around former President Couch Potato's cranium. Her November 16, 2020, interview with Sidney Powell, during which she allowed the Kraken lawyer to air wild allegations about election fraud with zero pushback, has already been cited in defamation suits filed by Dominion Voting Systems and Smartmatic against Fox and Powell herself. But apparently it reinforced the false narrative in the Oval Office about a stolen election, even as the adults in the room tried to reconcile the toddler-in-chief to the reality of Joe Biden's win.

"Powell's interviews with Bartiromo caught Trump's attention and gave her a direct line into the White House," Karl writes, saying that Bartiromo provided Powell "a reliable platform that ensured she could speak directly to the president."

"It was all a lie. But Sidney Powell's deranged theories would have never taken hold if there weren't people in positions of power and influence who had promoted them -- people like Maria Bartiromo."

No doubt White House Counsel Pat Cipollone and Barr's replacement Jeffrey Rosen appreciated Bartiromo fanning the flames as they were desperately trying to stop Trump weaponizing the Justice Department in his mad quest to get Vice President Mike Pence to toss out electoral votes.

It's a pretty stinging indictment of a fellow reporter, particularly in the clubby world of political journalism. And so richly deserved.