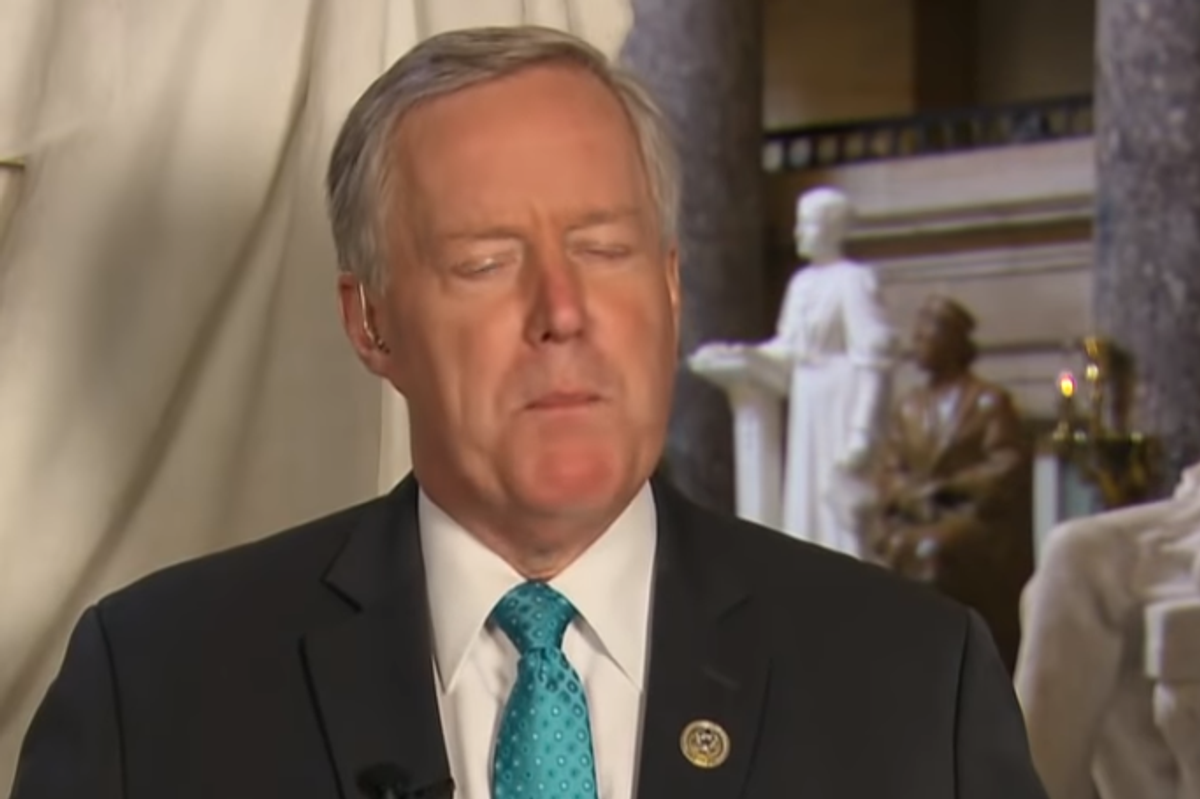 "Mark, the president needs to tell people in the Capitol to go home. This is hurting all of us. He is destroying his legacy." — Laura Ingraham

"Please get him on tv. Destroying everything you have accomplished." — Brian Kilmeade

"Can he make a statement? Ask people to leave the Capitol?" — Sean Hannity

"He’s got to condemn this shit ASAP. The Capitol Police tweet is not enough." — Donald Trump Jr.


By now we've all seen the texts that dumbstupid idiot Mark Meadows turned over to the House January 6 Select Committee before noping out and refusing to testify. We all know that the immediate pivot on Fox to blaming Antifa or government provocateurs was utter bullshit. They knew it was the knuckle draggers they'd been feeding lies to about the election, and they knew that Trump had the power to stop the riot and get the insurrectionists out of the Capitol.

As Rep. Liz Cheney, vice chair of the Select Committee, said last night as she read the damning messages into the Congressional Record before the 9-0 vote to refer Meadows for contempt, "The violence was evident to all. It was covered in real time by almost every news channel. But for 187 minutes, President Trump refused to act when action by our President was required, essential, and indeed compelled by his oath to our Constitution."

BECAUSE DONALD TRUMP WANTED THEM THERE.

He wasn't upset that his supporters were trying to overthrow the government and, in their own words, "Hang Mike Pence." That's what he sent them there to do, and he hoped they'd succeed. Just minutes before, he'd told them, "if you don't fight like hell, you're not going to have a country anymore," and then he sat on his ass in the White House and watched them try to do it.

And Mark Meadows knew it, too.

“I’m pushing it hard. I agree," he responded to Don Jr.'s entreaty to get his father to "lead now" because the riot had "gone too far and gotten out of hand."

As he was barraged with texts demanding that "POTUS has to come out firmly and tell protestors to dissipate. Someone is going to get killed," he dithered.

Because Mark Meadows is not a good man. He has no moral compass, and his judgment is crap. So it is perhaps unsurprising that he played the stupidest of games with the January 6 Select Committee, handing over evidence that is both embarrassing and incriminating, before running for the hills and refusing to testify. All of which led to last night's spectacular public hearing in which the Committee voted 9-0 to refer him to the wider House for a contempt of Congress vote as early as today.

Even Steve Bannon was smart enough to stiff-arm the committee completely, getting his lawyer to dummy up a letter saying that all his communications were privileged. Meadows turned over thousands of pages of documents which he himself admitted are not covered by privilege, and then turned around and claimed he was prevented from testifying about them due to executive privilege.

He disclosed to the committee that he'd been using his personal cell phone, Gmail accounts, and the encrypted messaging app Signal to conduct official business — or at least business which he now claims is covered by executive privilege — and that he hasn't turned those communications over to the National Archives in accordance with the Presidential Records Act.

Meadows's own lawyer George Terwilliger III appears to admit that his client quit cooperating because the Select Committee subpoenaed Verizon for his phone records. Which raises the question of what the hell is in those comms that is so much worse than what he voluntarily turned over that Meadows was willing to light himself on fire over them.

In any event, if the peregrinations of the past month amounted to an attempt to comply just enough to stay on the right side of the law, it appears to have blow up in Meadows's face.

And not just his own pink rabbit mug, either. Here's Liz Cheney telling her Republican colleague Scott Perry that the committee has him in its sights, too, for cahootsing with Jeffrey Clark to pull off that coup at the Justice Department.

As Mr. Meadows’s non-privileged texts reveal, Meadows communicated multiple times with a member of Congress who was working with Mr. Clark. Mr. Meadows has no basis to refuse to testify regarding those communications. He is in contempt.

In short, if there was a rake in the DC Metropolitan area, Meadows stepped on it. And while hundreds of his former colleagues and fellow MAGA travelers have cooperated with the Select Committee and kept their communications off the front page, this bloody idiot got his pals' texts read out on national television after firmly establishing that he's refusing to testify about topics he knows are not covered by privilege.

It comes down to this: Mr. Meadows started by doing the right thing — cooperating. He handed over records that he didn’t try to shield behind some excuse. But in an investigation like ours, that’s just a first step. When the records raise questions — as these most certainly do — you have to come in and answer those questions. And when it’s time for him to follow the law, come in, and testify on those questions, he changed his mind and told us to pound sand. He didn’t even show up.

Now, this happened the same day his book was published. The same book that goes into detail about matters the Select Committee is reviewing. It also details conversations he had with President Trump and others — conversations we want to hear more about. He had also appeared on national television discussing the events of January 6th. He has no credible excuse for stonewalling the Select Committee’s investigation.


Click the widget to keep your Wonkette ad-free and feisty. And if you're ordering from Amazon, use this link, because reasons.