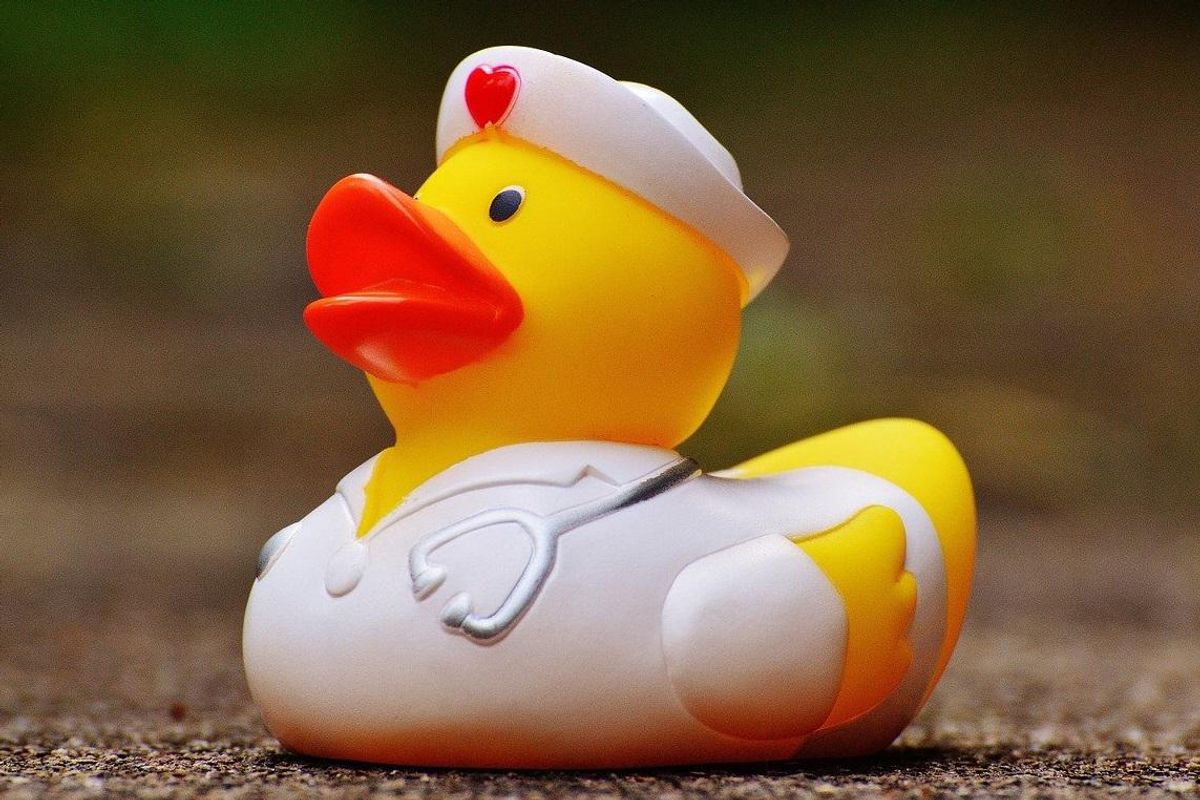 A health district in rural Missouri announced yesterday that it had been ordered by Missouri Attorney General Eric Schmitt to stop doing anything at all to contain the coronavirus pandemic, thanks to a ruling in a state court last month which held that since the Missouri legislature hadn't explicitly given public health agencies the power to issue health orders for COVID-19, all such health orders were "null and void."

The Laclede County Health Department, which serves a population of about 36,000 souls in the central part of the state, including the city of Lebanon, said on Facebook that it and all other local public health agencies in Missouri had received a letter from Schmitt's office stating that the court decision had stripped authority from all LPHAs, since apparently state law and the Missouri state constitution don't allow public health health agencies to take any "discretionary control measures." The Facebook announcement also noted that the AG was "upholding" the court order, too, and that the health department was therefore

forced to cease all COVID-19 related work at the current time. This includes: case investigations, contact tracing, quarantine orders, and public announcements of current cases/deaths, etc. While this is a huge concern for our agency, we have no other options but to follow the orders of the Missouri Attorney General at this time.

What a great day for personal freedom in Missouri!

The health department added that while it was waiting on further information from Missouri's Department of Health and Senior Services (DHSS), it had "no timeline or expectations that this ruling will be changed." People seeking information on COVID should, the announcement said, check the US Centers for Disease Control and Prevention website and of course their local health provider. The health department also helpfully referred folks to the phone numbers for Missouri's COVID Hotline, which appears to at least still be up and running, and also to Schmitt's office. It closed with a warning that

While our agency remains determined to protect the health of our county residents, it should be understood that this ruling greatly affects how we will be able to proceed with ALL highly communicable diseases in the future.

Say, did we mention that AG Schmitt is one of the Republican fuckwads running for the US Senate seat that Roy Blunt will be retiring from next year? Clearly he has a very important mission here, a matter of principle, because anyone who goes into a 2022 primary with a record of trying to slow the pandemic will be toast. Currently, Schmitt is polling roughly even with allegedly sex-assaulty former Missouri Gov. Eric Greitens, and everyone in the race wants Donald Trump's endorsement.

In his letter to county health agencies, Schmitt emphasized that there was no wiggle room on the matter, so knock it off immediately with the public health, you monstrous health tyrants:

Under this judgment, all mask mandates, quarantine orders, and other public health orders that are based on any of the invalidated regulations or issued outside the protections of the Missouri Administrative Procedure Act are null and void. You should stop enforcing and publicizing any such orders immediately.

The Springfield News-Leader reports that Schmitt "sent a similar letter to Missouri school districts this week" telling them that they had to drop any mask mandates they might have, too, citing the same case. School officials in Springfield, at least, said they won't comply with Schmitt's demand, and that masks would still be mandated in city public schools until more kids get vaccinated, now that the FDA has approved the Pfizer-BioNTech vaccination for kids aged five and up.

Schmitt's office declined a request by the News-Leader for an interview with the virus-friendly AG, but did at least issue a statement saying that the court's order absolutely barred public health and school authorities from doing a darn thing to prevent the spread of COVID, apart perhaps from nice happy thoughts and good wishes, and that the AG's office is "grateful that the Laclede County Health Department has ceased their COVID-19 public health orders like their quarantine order."

So far, the paper says, the county has seen 149 deaths from COVID since the pandemic began, and 16 deaths in the past week. Only 34.8 percent of county residents are fully vaccinated.

Happily, the pandemic is now no longer a worry, because nobody in government can do anything at all about it. Talk about political courage! That Trump endorsement is surely on the way, unless Greitens tries to upstage Schmitt by personally spreading the disease to Missourians after he's tied them up naked in his sex basement.

Keep Wonkette going as long as our little lungs will allow! Thank you and we love you.