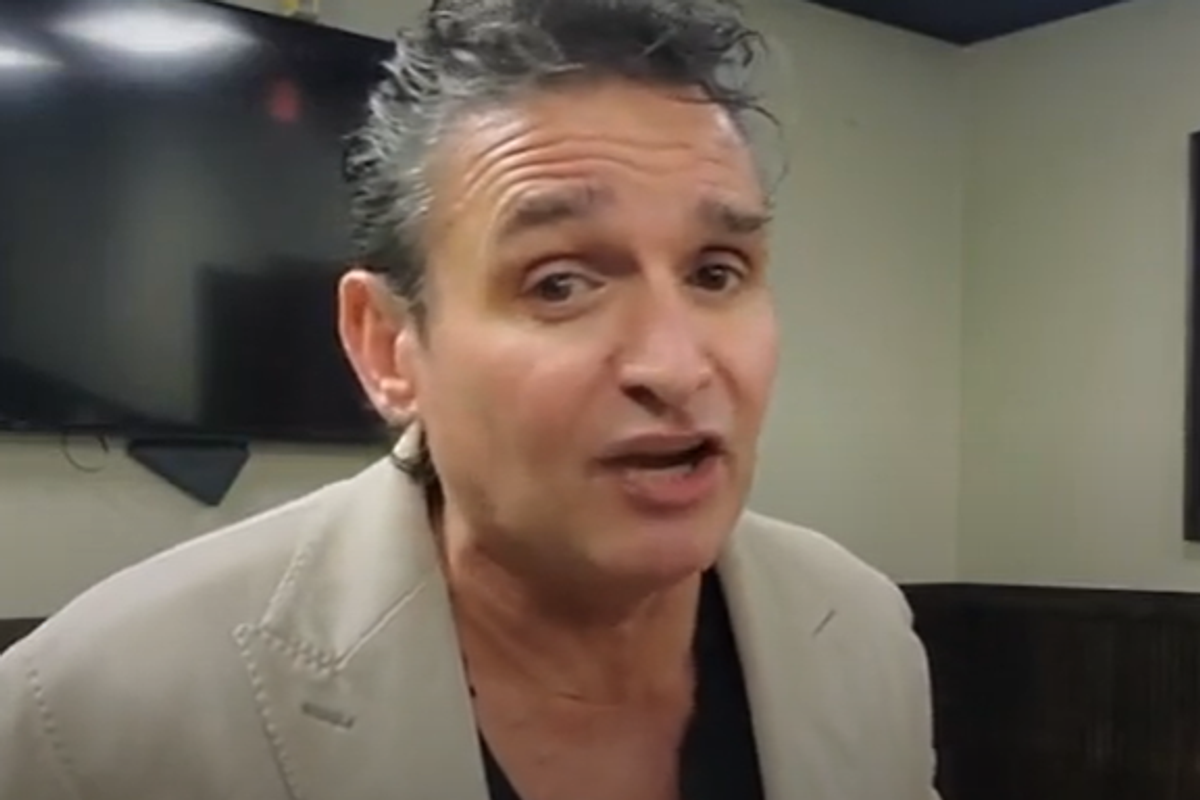 If we can agree on one thing during these years of pandemic, it's that Republicans and other science-affirming brain wizards have made great strides in playing doctor. Indeed, they've come a long way from that time when their president stood in front of America and mused aloud about whether it might be possible to treat the virus with bleach, or maybe if everybody opened up their butt REAL wide so we could shoot some UV rays up there?

And along that path of inquiry, they've spent time swearing by some kind of hydroxybonercream and eaten god knows how many pounds of horse dewormer, despite buzzkill scientists who said "that's useless" and "stop" and "hey buddy save some for the horses." And of course, we are skipping over a lot of the lesser treatments they've tried that haven't been as prominently featured in rightwing media or promoted by Republican politicians. Because today we need to skip directly to pee. Your pee, to be exact. At least it's your pee if you want to CURE DISEASES.

Zachary Petrizzo, who reports on bugfuck things like this for the Daily Beast, brings us some new information from Christopher Key, the "vaccine police" guy Robyn introduced you all to last week. Yes, the snake oil salesman who's been going around telling pharmacists they might get executed for administering COVID vaccines.

“The antidote that we have seen now, and we have tons and tons of research, is urine therapy."

Tons and tons of "research."

OK, and I know to a lot of you this sounds crazy, but guys, God’s given us everything we need,” Key said in a video posted over the weekend on his Telegram account after being released from jail over a trespassing charge.

Give us this day our daily pee. And forgive us our trespasses hahahahahahaha it's too perfect.

“This has been around for centuries,” he added.

Pee has been around for centuries. Before those centuries there was no pee. But then God said let there be pee.

On the rim of the glass?

the anti-vaccine advocate warned while saying people might now think he is “cray cray.”

“Now drink urine!” he continued. “This vaccine is the worst bioweapon I have ever seen,” he concluded. “I drink my own urine!"

He drinks his pee! He says he's done it for the last 23 years! Laugh at him all you want, but he can't hear you, because he's too busy drinking pee!

There is a video at the Daily Beast, should you want to watch it.

If the surgeon general of Florida is for some reason unable to fulfill his duties, we are sure Ron DeSantis would at least consider hiring this guy. He appears no less qualified than the current guy.

DEAR FOX NEWS VIEWERS: DO NOT INJECT YOURSELF WITH BLEACH OR TRY TO SWALLOW A TANNING BED

Senate's Dumbest Republican Down For Some Hot Horse Deworming Action!